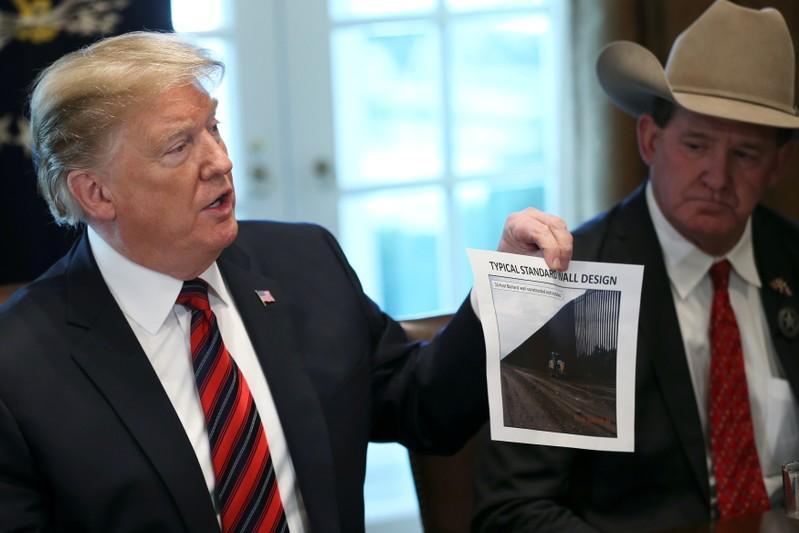 The stalemate between Donald Trump and congressional Democrats over funding for the border wall has been politically damaging for the president. Most Americans blame him for the longest government shutdown in history. Plus he has been put in a difficult strategic corner as he needs a way to resolve the shutdown without looking like he has abandoned a signature promise of his election campaign. Democrats dismissed his proposed deal to end the partial government shutdown in exchange for temporary protections for “Dreamers” and other immigrants.

The problem for Trump is that while his fixation on the wall might play well to his supporters, actually building it would be a political disaster for him. His insistence provides red meat for his anti-immigrant base who believe that the border with Mexico is porous, allowing millions of undocumented workers as well as criminals, drugs and terrorists to wantonly flood into the United States. By demanding the wall, Trump is sending a message to his voters, that he understands their concerns, and as a master builder is willing to rock the Washington boat to get something done.

However, if the wall were ever to begin to get built it would create problems beyond pushing away the swing voters he needs to be competitive when he runs for reelection in 2020.

First, most experts on immigration agree that the wall will not solve any of the problems cited by Trump. The number of undocumented workers has been declining in recent years; most narcotics are brought into the United States either at existing checkpoints or through other ports of entry; very few terrorists have come across the border illegally since the September 11 attacks, and, contrary to Trump’s assertions, people making illegal crossings are not disproportionally criminal elements. Building a wall that would in large part span a hot and inhospitable desert would address none of the problems that anti-immigration activists would like to see solved.

Second, the wall will be extremely expensive. Trump is currently asking for about $5 billion to begin construction on the wall, but if the wall were ever to be completed the final price would likely be much higher. Five, 10 or even $20 billion for a government expenditure that helped address a real problem, like climate change, the opioid crisis or health care would be, even from a political perspective, a much wiser use of resources for the administration than a wall that eventually will likely be a symbol of Trump’s petulance.

A third point is that the wall will probably never be completed. If Trump is not reelected, stopping construction on the wall will be one of the very first actions taken by any Democratic president. Even if Trump wins a second term, something that looks less likely with each passing month, Democrats will have future opportunities to cut the funding because public support for the wall has never been strong. This leads to the real possibility that a few miles of uncompleted, rusting half-built wall somewhere on the U.S.-Mexico border in Arizona or Texas will be the lasting physical monument to the Trump presidency.

The fourth problem is the question of who will build the wall. Various defense contractors will bid for it. The firms that will be interested in this unusual, but extremely lucrative project will have to do whatever they can to keep bidding costs low. Whoever gets the project will then be faced with the challenge of hiring not only skilled and well-compensated workers for much of it, but finding lower-paid and less-skilled workers for other parts of the construction. Anybody who has studied the data or spent time on building sites in the United States over the last few decades knows that the construction industry relies heavily on undocumented immigrant workers – many from Mexico. The temptation to rely on that labor pool will be very strong in the borderlands where the wall is being constructed. If that does occur, the political fallout is not likely to drive up the president’s poll numbers.

The Democrats have provided little indication that they will give Trump his wall, but they could score a valuable strategic win if they wrestle generous policy concessions from him in exchange for a compromise. After Trump’s recent proposal, Democrats insisted that they would only negotiate on border security once he reopens the government. Getting, for example, a real path to citizenship for Dreamers – not the temporary protections he offered – in exchange for a wall that seems impossible to build and will ultimately be an embarrassment for Trump, would not be a bad outcome for House Speaker Nancy Pelosi. Ironically, congressional Democrats’ unwillingness to give in to the president may be what spares him this humiliation.