On a Sunday in July 2014, a man boarded a plane in Monrovia, Liberia, and flew to Lagos, Nigeria. He felt sick with a fever when the trip began and was in worse shape by the time he landed. The Nigerian authorities took him to a hospital, where doctors eventually diagnosed Ebola.

From that first patient, infections soon began to spread in Lagos, which is Africa’s most densely populated city. It was the most terrifying period during any Ebola outbreak, Dr. Thomas Frieden, the former head of the Centers for Disease Control and Prevention, has said.

But two months later, the crisis was over. Nigeria had no more Ebola cases, and fewer than 10 people, including the man from Liberia, had died. How did Nigeria prevent an epidemic? It wasn’t science, or at least not science as people typically define it. It was more basic than that.

Nigeria succeeded through a combination of good governance and organizational competence. Officials conducted roughly 18,500 in-person interviews with people potentially exposed to the Ebola virus and then moved those who seemed to be at risk into isolation wards. They were released if they tested negative and moved to a different isolation ward if they tested positive.

More recently, these same kinds of logistics have helped some countries fare better against Covid-19 than others. Canada has suffered only 37 percent as many deaths per capita as the U.S., thanks partly to tighter travel restrictions. Vietnam and some other Asian countries benefited from intense early contact tracing. Britain and Israel are now doing better than continental Europe not because of laboratory discoveries but because of more effective vaccine distribution.

The pattern extends far beyond infectious diseases like Covid and Ebola. The greatest human accomplishment of the last century is the near doubling of life spans, as Steven Johnson argues in the cover story in this weekend’s Times Magazine. Johnson refers to it as “Our Extra Life.” It is all the more remarkable when you consider that average longevity barely budged — around 35 years — for most of recorded history, into the 18th century.

Since then, science has played a crucial role in progress, including the development of antibiotics, vaccines and drugs to treat cancer and heart disease. Yet scientific discoveries often take decades to affect most people’s lives. And basic health measures, like hand washing, are sometimes even more important. Johnson writes:

Those breakthroughs might have been initiated by scientists, but it took the work of activists and public intellectuals and legal reformers to bring their benefits to everyday people. From this perspective, the doubling of human life span is an achievement that is closer to something like universal suffrage or the abolition of slavery: progress that required new social movements, new forms of persuasion and new kinds of public institutions to take root. 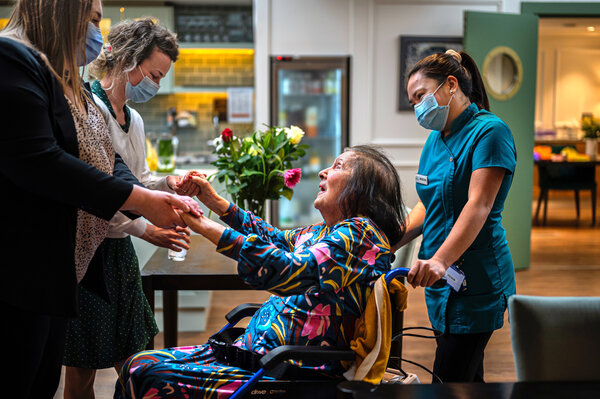 Politics as a lifesaver

I wanted to highlight Johnson’s essay, because I think it sheds light on many of the world’s biggest challenges today, like Covid and climate change. On their face, they might seem to be technical problems. In truth, they are more political than technical.

Scientists have already invented amazing Covid vaccines; the question is how quickly the world can produce and dispense them. Scientists have also developed technologies that produce energy with relatively little pollution. Yes, further technical progress is important, but the bigger question is when political leaders and voters will decide to prioritize the fight against climate change.

A similar dynamic also applies to many big economic questions. There isn’t a big mystery about how to reduce inequality and lift living standards for most Americans. Raising taxes on the wealthy, which are historically low, and devoting the money to everyone else would make a real difference. But that doesn’t mean it will happen.

Americans sometimes like to dismiss politics as a grubby business that is disconnected from the things that really matter — science, health and everyday life. And while politics certainly can be grubby, it also remains the most powerful mechanism for human progress.

The story of Nigeria’s success against Ebola appears in a new report, “Epidemics That Didn’t Happen,” from the public health group Resolve to Save Lives.

The latest issue of The Times Magazine focuses on health, and it includes articles on how long human beings might be able to live, by Ferris Jabr; the racial longevity gap in Chicago, by Linda Villarosa; and more.

Latin America is facing a vaccine shortage and recorded more than a third of global Covid deaths last week.

More than 100 U.S. colleges will require in-person students to be vaccinated.

How to begin to say “I love you” after a year? Nursing home residents are finally seeing their families.

Virus resources: How to get used to life (outdoors) without a mask.

President Biden — who was the first senator to endorse Jimmy Carter’s 1976 presidential bid — met with Carter, 96, and his wife, Rosalynn, 93, in Georgia.

The Senate overwhelmingly passed a bill to clean up drinking water, a moment of bipartisan cooperation.

Biden is pitching his economic agenda as a way to compete with China and contain Russia, The Times’s David Sanger explains.

How Chuck Schumer plans to shepherd the Biden agenda through the Senate: Try for bipartisanship but prepare for a fight. (Schumer is on the latest episode of Ezra Klein’s podcast.)

At least 44 people died in a stampede at an ultra-Orthodox celebration in Israel. Tens of thousands of people attended, despite Covid concerns.

Under pressure from the Kremlin, Aleksei Navalny’s opposition network is closing its offices.

Lawyers in Central America are calling attention to a long-ignored killing in Honduras, hoping to increase protections for transgender people.

The U.S. economy is recovering much faster than after the financial crisis, as Americans purchase goods both small (like clothes) and large (like vehicles).

By contrast, Europe’s economy slid back into recession.

Amazon reported over $8 billion in profit in the first three months of 2021, more than triple the figure a year ago.

The Jacksonville Jaguars selected Trevor Lawrence, a quarterback from Clemson, first in the N.F.L. draft. Here’s the rest of the first round.

The government should pay Americans to get vaccinated, Slate’s Ben Mathis-Lilley argues.

The bioethicist Nancy Jecker disagrees, writing that persuasion campaigns can have a more lasting impact.

After: Reflections on how to live when we emerge from the pandemic.

A Times classic: Take the dialect quiz to see how your speech shows where you’re from.

Lives Lived: After being eliminated early in the 1948 London Olympics, Clara Lamore Walker gave up competitive swimming. Then, in her 50s, she made an astonishing comeback. She died at 94.

Live entertainment is coming back

“We’re already seeing all kinds of live performance starting to return,” our colleague Michael Paulson, who covers theater, says. “The rules are changing fast, and vary across the U.S.”

Theaters have reopened in Chicago, Houston, San Diego and other cities. In New York, several venues — including the Shed, the Guggenheim Museum and some Off Broadway theaters — are welcoming audiences, and Shakespeare in the Park will return this summer. “There’s a little more every week,” Michael says.

Last week, the soprano Renée Fleming gave a performance in Manhattan that The Times’s Julia Jacobs called a success and an example of challenges that live performances face: Organizers spent $2,500 on Covid tests.

Uncertainty still abounds. The early shows will sell only limited tickets, which means the economics won’t add up for many venues. But audiences seem to want to return, Michael told us: “People are hungry to go out.” — Claire Moses, Morning writer

After scene-stealing turns in alt-comedies like “Shrill” and “Search Party,” Patti Harrison is a revelation in her first starring role, in the movie “Together Together.”

Books by Stacey Abrams, Chimamanda Ngozi Adichie and Michael Lewis are among 15 new reads for May.

Take this week’s News Quiz — with graphics! — and compete with other Times readers.

The pangrams from yesterday’s Spelling Bee were attacking and tacking. Here is today’s puzzle — or you can play online.

If you’re in the mood to play more, find all our games here.

Thanks for spending part of your morning with The Times. See you Monday. — David

P.S. Zolan Kanno-Youngs, a Times White House reporter, has for years been getting calls meant for Roller World, a beloved Massachusetts rink with a similar phone number. “I kind of have a script,” he told Boston magazine.

There’s no new episode of “The Daily.” Instead, listen to the final episode of “Odessa.” On “Still Processing,” Cathy Park Hong discusses finding healing in rage.