This year, we have a chance to build a different kind of holiday.

Ms. Parker is the author of “The Art of Gathering: How We Meet and Why It Matters.” 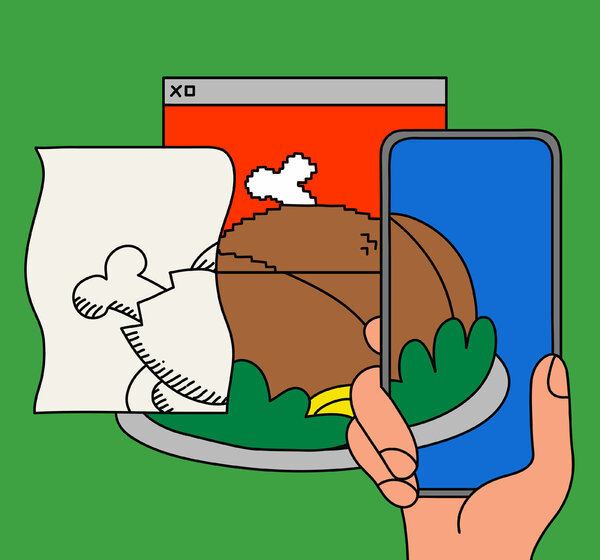 This is the year for an improv Thanksgiving.

Holidays are hand-me-down tools that we mistakenly think of as precious art, created by our ancestors to do something — to plant seeds, to settle debts, to resolve conflicts and to heal grievances. Many such collective events fade away. The ones that stick around often suffer a strange fate: They are placed on a pedestal and turned into masterpieces that must be preserved, never touched.

In times of crisis, this Sistine Chapelizing of the holidays forces two distinct but equally unhelpful responses. Some simply declare the tradition untenable. Last week, the CNN host Jake Tapper said that without a vaccine, “Christmas is probably not going to be possible.”

Others, even public officials, insist that the holiday must go on, pedestal and all, no matter the risk. Tootie Smith, the incoming chairwoman of the Clackamas Board of County Commissioners in Oregon, recently declared on Facebook: “My family will celebrate Thanksgiving dinner with as many family and friends as I can find. Gov. Brown is WRONG to order otherwise.”

As someone who studies and designs gatherings, these are the two postures I’m seeing most often: cancellation and rebellion. But there’s another way, and it’s captured in a phrase that I love from the improv teacher Keith Johnstone: the imaginative response.

Improv is, after all, about abandoning scripts. Instead, performers are supposed to respond to the need in front of them — to what’s often called “the offer.”

“Adopting an improvisation mind-set means intentionally choosing to accept everything as an offer, even curveballs,” Theresa Dudeck, Mr. Johnstone’s biographer and the author of “Applied Improvisation,” told me.

All rituals begin as improv, and the lucky ones suffer the curse of becoming scripts. This year, the scripts aren’t going to work for many people. So we should treat these times as “an offer,” and ask ourselves how we would construct these celebrations if we were starting from scratch.

That begins with shifting our attitudes from fighting the current constraints to taking inspiration from them.

For many of us, for example, the traditional Thanksgiving with lots of family members won’t be possible. That is certainly a giant constraint. But it also creates new possibilities. This year, it might be possible to go into depth with those you’re with, whether listening to stories from an elder, or teaching (or learning from) your children lessons about the country’s fraught founding and history. Individuals get lost in boisterous, 25-person shindigs. Introverts wilt. This year, we have a chance to build a holiday that is longer on signal, shorter on noise.

Many families are planning to gather on Zoom. Again, this is a constraint, but it is also a chance to try different things. Instead of just inviting those you’d normally eat with in person, invite others who would never be part of your celebration in a normal year — your host family from that year abroad, your relatives who invariably cancel the drive up at the last minute every year.

This year may be the year to go smaller with Thanksgiving and go bigger. Think of a Thursday with immediate family only, focused on depth; and a bigger-than-usual, noisier-than-usual, multistate, multilingual, international Zoom-based confabulation on Friday.

When things move into Zoomland, there is also a temptation to try to replicate the offline event in online form. This often just makes everyone sad and reminds people what a paltry facsimile the virtual is. Instead, do things you wouldn’t normally do in this online version.

Designate your guidance-counselor aunt as the family “interviewer,” and have her ask pointed and funny questions of family members. Or follow the lead of Sarah Canney, the owner of Rise Run Retreat. She usually travels to Pennsylvania to meet extended family and is instead creating a Zoom talent show. “There will be six kids under the age of 10, so we are encouraging them to get involved with something fun and meaningful to them,” she told me.

A great thing about IRL events is sidebars. At some moments, everyone is together. At others, two siblings living on different coasts go for a walk or a nephew teaches his uncle a new way to make guacamole. But you can bring the sidebar to virtual gatherings this year, too: a FaceTime cooking session with one other person, a virtual chess game, a siblings-only sync-watched movie.

The next stage of grief and dreaming for this holiday is asking who your “people” are this year. In normal years, that answer may be obvious to you, whether you celebrate in the more common way with family or have long done “Friendsgiving” instead. The way many, if not most, Americans celebrate Thanksgiving elevates one particular kind of love: family love and the love of family-like friends.

This may be the year to do Thanksgiving in a way that honors other, broader definitions of love. That might mean pulling new people into your vision of Thanksgiving: neighbors, co-workers, classmates and those in need in your community. It might mean finding ways to “do” Thanksgiving that don’t involve a shared meal but instead involve acts of charity, phone calls, distanced get-togethers in the park and food exchanges.

And a further, and even more creative, phase of reinventing the holiday is asking what is needed from the holiday at this time, rather than the usual question of what the holiday demands of us. Don’t start with questions like, What’s the best way to brine a turkey? Start by asking, What is it that we need this year for this Thanksgiving?

And then figure out the form that makes the most sense. If it’s gratitude, could it be writing 10 letters to people who have had a deep influence on you? Could it be, perhaps, a day of fasting?

Some of these reinventions will be temporary. But some of them might stick, because the forced change this year creates an opportunity to reimagine something that may not have been working for a lot of people anyway.

New menus may form as old ones crumble. Birdie Hansen, a meditation teacher in Kansas City, Mo., told me that she is “turning Thanksgiving into Favorite Food Day, where we eat only our favorite foods with just our home unit.”

Once freed of the traditional ritual, people may also be freed to play new roles. In many families, the weight of cooking does not fall evenly, to put it mildly. Stephanie Coontz, director of research and public education at the Council on Contemporary Families and author of “The Way We Never Were,” told me in an email: “In many families, the tradition is that the women plan and cook and cook and plan and cook some more, and the men watch ball games. Indeed, the old ways of celebrating Thanksgiving are no longer a recipe for family unity.”

In other words, while we think of traditional Thanksgiving as promoting family, disrupting Thanksgiving may promote a genuine flourishing of family.

Of course, one of the many things that distinguish this strange year is all the loss. The holidays are often a tender time for those in mourning. This year, we are grieving personal losses, the death of more than 253,000 Americans from Covid-19, and the less acute but more universal loss of our way of life. Lennon Flowers, the founder of The Dinner Party, a global community of 20- and 30-somethings dealing with loss, suggests this prompt, “Raise your glass to the person you wish could be here tonight, living or dead.”

What these various strategies have in common is a willingness to try to bring the spirit of inspiration to an old rite. It’s daunting, yes. But people have done it before.

During the Second World War, new difficulties made for new ways. In Britain, Westminster Abbey opened its doors to 3,500 American soldiers and held an American Thanksgiving service, complete with “The Star-Spangled Banner” and “America the Beautiful.” Newspapers in the United States facilitated strangers dining together, reminding families that “it’s not too late to invite a serviceman, or servicewoman, to your Thanksgiving dinner.”

Like them, we are called to rethink how we do things when the usual ways don’t work. Some of what we improvise this year, this unchosen jazz of ritual, will vanish just as quickly as it came into being. And some of it is destined to become that powerful, awful thing: a script someone else has to live under — until one day they realize they don’t.

Priya Parker is the author of “The Art of Gathering: How We Meet and Why It Matters” and the host of The New York Times podcast “Together Apart.”