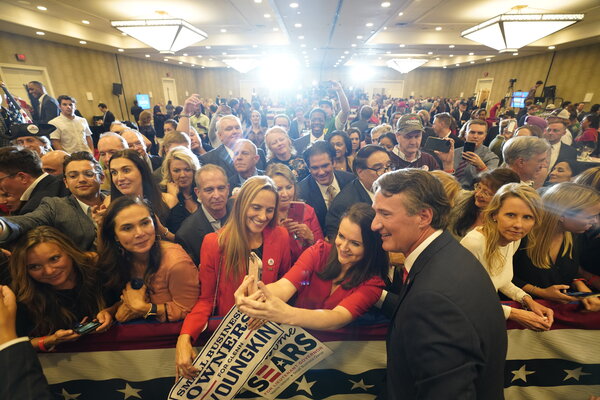 One overarching theme of Tuesday’s election was that President Biden’s slumping favorability hurt Democrats countrywide. The problem is not so much Mr. Biden’s absolute performance, it’s the president’s performance relative to expectations.

Mr. Biden raised the hope of being a transformational president like Franklin D. Roosevelt, and he has not delivered. The Covid-19 crisis is receding, but it’s far from over. The economy is not in recession, but it’s not booming either. Inflation, especially the highly visible grocery and gasoline prices, is in a mini-surge.

These phenomena are reflected in one striking statistic in a recent poll. More than 70 percent of Americans feel that our country is moving in the wrong direction.

Mr. Biden was not elected for his promise of a super-progressive far-left agenda. He was elected as the anti-Trump and to bring stability and normalcy back to America. We’re not there yet, and Tuesday’s election results reflect that.

As disappointing as Terry McAuliffe’s performance in the Virginia governor race was, it could well turn out to be a blessing in disguise. It should spur Democrats to take a close and serious look at how, where and why they failed and, with a bit of luck and a lot of hard work, turn it into a winning strategy for the 2022 and 2024 elections.