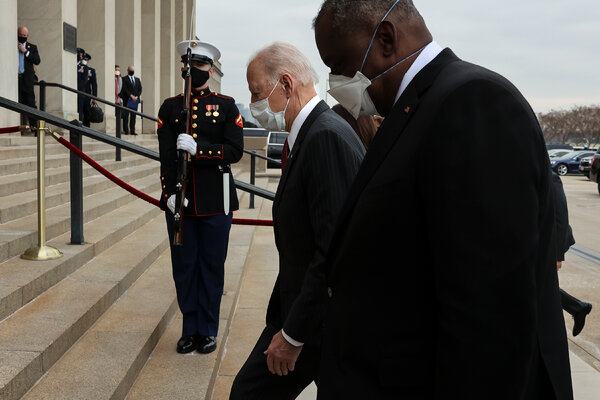 President Biden inherited an unenviable choice in Afghanistan, but if he forfeits the opportunity to exit by May 1 as agreed to last year, he will find his legacy tarnished by the decision to continue America’s longest active war.

Your coverage describes the evacuation of Saigon as a “searing symbol of a failed strategy” that haunts President Biden. But the true lesson of the U.S. war in Vietnam is not its end, but its brutal continuation for a decade. The U.S.-led war in Afghanistan has now lasted twice as long.

President Biden will own all future American casualties if he chooses to remain beyond May. A decision to send more troops or compensate with airstrikes will plunge Afghans and U.S. soldiers back in the crossfire of a reanimated U.S.-led counterinsurgency.

I witnessed the futility of this counterinsurgency while serving in Afghanistan as a Marine. It is time to end America’s military role in the war in Afghanistan.

Adam Weinstein
New York
The writer is a research fellow at the Quincy Institute, a think tank that promotes a U.S. foreign policy centered on diplomacy and military restraint.

One thing was true in 1956 when I scrabbled together money for a back-alley abortion, and true in 2013 when I listened to dozens of wrenching stories while researching a book on abortion: If you have money, you can access abortion care and other reproductive health needs. If you’re poor, in much of the United States, you can’t.

The stories women told me about being forced to bear a sixth or seventh unplanned and unaffordable child, or about dangerous and desperate efforts to self-abort, would break your heart.

Add to these the suffering of women and men alike denied other services provided by Planned Parenthood — birth control, critically needed medicines, treatment for sexually transmitted disease and cancer screenings — and the cruelty of Republican policies becomes clear.

How much suffering and death will it take for Dr. Dickman’s final sentence to be heard? “In these difficult times, we need to make medical care more available, not less.”

Fran Moreland Johns
San Francisco
The writer is the author of “Perilous Times: An Inside Look at Abortion Before — and After — Roe v. Wade.”