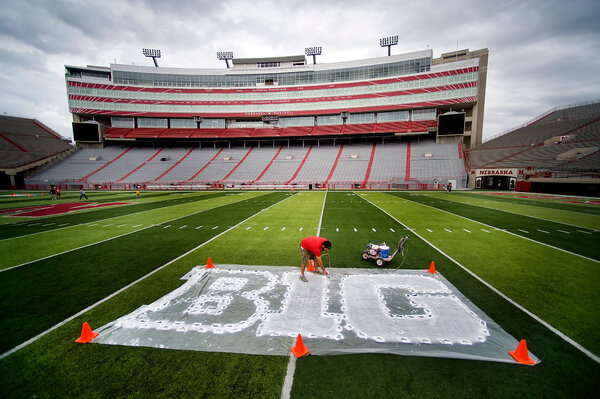 The conference commissioner said the decision by the Big Ten universities to reverse their earlier decision and play football this fall was “to return to competition so all student-athletes can realize their dream of competing in the sports they love.”

But as of the moment, members of the men’s and women’s cross-country teams, the women’s field hockey and volleyball teams and other so-called non-revenue sports won’t be having their dreams realized this fall. Don’t these student-athletes want to compete in the sports they love?

I’ve been a Michigan football fan all my life, but I realized that football is going ahead in the Big Ten simply because major college football is a multibillion-dollar money machine for the universities, their highly paid coaches and the television and apparel industries that profit from the audiences football provides them. The universities’ decision was an economic choice, plain and simple.

University leaders speak proudly about their commitment to “equity” and “inclusion.” But to be truly equitable and inclusive, there must be fair compensation paid to the student-athletes whose talent and effort make the whole extravaganza possible. Pay the athletes! And Go Blue!

Laurence B. Deitch
Bloomfield Hills, Mich.
The writer is a former chairman of the University of Michigan Board of Regents.

We Need the U.N. More Than Ever

Re “The United Nations Turns 75 Amid Calamity and Conflict” (news article, Sept. 16):

The United Nations is only as effective as its members allow it to be. Yet President Trump and many of his predecessors have either abandoned or gutted funding for U.N. bodies, including the United Nations Population Fund and the Human Rights Council, in addition to announcing the intention of the United States — in the midst of a pandemic that knows no borders — to withdraw from the World Health Organization.

We would do well to reconsider “America First,” and remember that the U.N., as the sole world assembly of sovereign nations, was founded 75 years ago in the spirit of “E pluribus unum”: “Out of many, one.”

Juliet S. Sorensen
Chicago
The writer is a clinical professor of law at the Center for International Human Rights, Northwestern University Pritzker School of Law. Her father, Theodore Sorensen, was special counsel to President Kennedy.

Is Trump Lying, or Delusional?

Re “Trump Tries to Rebrand Himself as Environmentalist” (news article, Sept. 9):

So now President Trump claims to be “the No. 1 environmental president since Teddy Roosevelt.” This outrageous claim raises the question of whether he is knowingly lying, or whether he is truly delusional. Woe unto us if we have to endure another four years of a president about whom such a question can be asked.