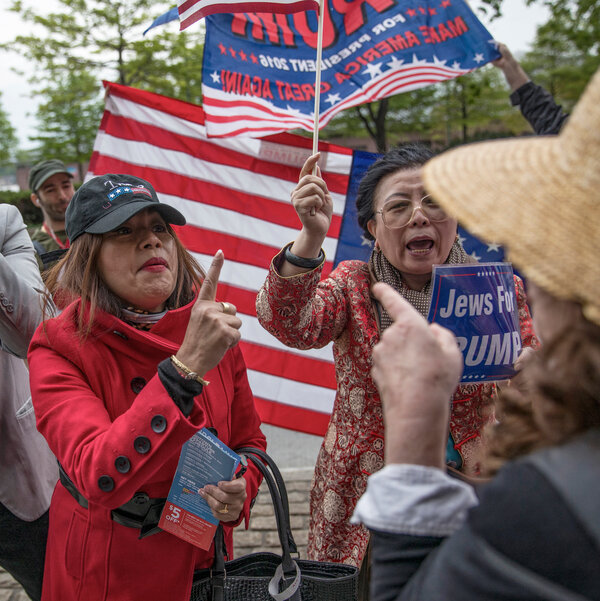 By Thomas B. Edsall

As Trump rose to the presidency, one explanation that swept political science was the power of polarization, specifically a phenomenon known as affective polarization, but a keen group of scholars now suggests that this approach is inadequate.

It would be hard to describe the state of political competition in America more accurately than as “a poisonous cocktail of othering, aversion and moralization” — the subtitle of an article, “Political Sectarianism in America,” published by 15 important scholars in Science magazine in November 2020, including Eli Finkel, Peter Ditto, Shanto Iyengar, Lilliana Mason, Brendan Nyhan and Linda Skitka.

The Science essay argues that

The political sectarianism of the public incentivizes politicians to adopt antidemocratic tactics when pursuing electoral or political victories. A recent experiment shows that, today, a majority-party candidate in most U.S. House districts — Democrat or Republican — could get elected despite openly violating democratic principles like electoral fairness, checks and balances, or civil liberties. Voters’ decisions to support such a candidate may seem sensible if they believe the harm to democracy from any such decision is small while the consequences of having the vile opposition win the election are catastrophic.

The costs, the authors argue, are substantial:

Sectarianism stimulates activism, but also a willingness to inflict collateral damage in pursuit of political goals and to view copartisans who compromise as apostates.

Yphtach Lelkes, a professor of communications at the University of Pennsylvania, has his own description of the state of American politics:

David E. Broockman, Joshua L. Kalla, and Sean J. Westwood, political scientists at Berkeley, Yale and Dartmouth, challenge the Science magazine argument. Instead, they make the case in their December 2020 paper, “Does Affective Polarization Undermine Democratic Norms or Accountability? Maybe Not,” that partisan hostility may be destructive, but attempts to moderate it will not diminish party loyalty or tolerance for anti-democratic changes in election law or the decline in political accountability.

Broockman and his co-authors agree with much prior research that has found, as they describe it:

Citizens’ more negative sentiment toward opposing political parties than their own” — affective polarization — “has been growing worldwide. Research on this trend constitutes one of the most influential literatures in contemporary social science and has sown alarm across disciplines.

Where Broockman, Kalla and Westwood differ is with those who take the growing partisan hostility argument a step farther, to contend that “if citizens were less affectively polarized, they would be less likely to endorse norm violations, overlook co-partisan politicians’ shortcomings, oppose compromise, adopt their party’s views, or misperceive economic conditions.”