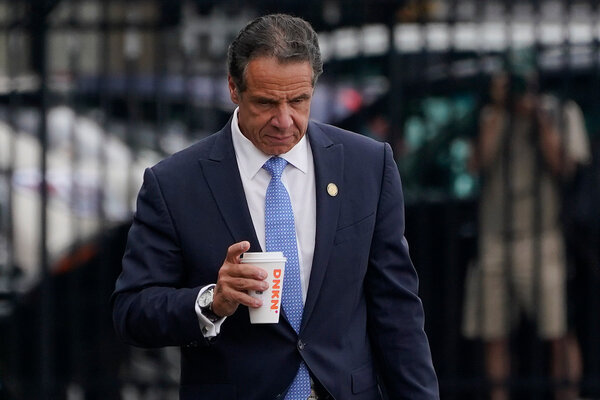 It’s reached the point where I sit back and wait for the powerful guy to blame “generational and cultural shifts” and that tricky “redrawn” line for his harassment of women. It’s become the final refuge of the habitual offender.

I always want to ask a couple of follow-ups: Who drew the line, any line, in the first place? Whom did the “old rules” serve? And, most important, do you actually believe that the women being harassed approved of those “rules” or enjoyed that treatment?

The fact is that women adjusted. Accommodated. Endured, with a sense of humor sometimes deployed as armor. There was no other option. If the rules changed and the line moved, it’s because finally, by dint of extraordinary effort over more than a generation, women insisted on those changes.

The final test of a man’s “good intentions” and respect for women might be whether or not he can identify enough with women to see how the “old rules” dehumanized, demoralized, terrified, hurt and damaged us. The soon-to-be former governor of New York just failed that test. In his own mind, he says, he “never crossed the line.”

My best advice: Get out of your own mind.

Re “Governor’s Protectors Dwindled to Only Himself” (front page, Aug. 11):

Gov. Andrew Cuomo’s resignation is yet another wake-up call for men to curb their unwanted and reckless sexual advances to women not only in the workplace, but everywhere. It would be a shame, however, if the only lessons we all learn from the Cuomo scandal relate to the sexual harassment allegations. If reporting is correct, it is evident that other abhorrent behavior created an atmosphere of bullying and fear in the governor’s office.

This kind of behavior — which includes yelling, threats and the belittling of employees — is not uncommon in the American workplace. Female managers, as well as men, resort to this kind of oppressive management. Melissa DeRosa, a top aide to the governor, is apparently a stark example of such a manager.

Governor Cuomo defended this meanspirited culture, saying “we work really, really hard.” Indeed, it seems many managers think that fear and intimidation are the way to motivate employees to work hard. Companies look the other way if such a manager gets good results, ignoring the fact that positive results are possible, even more likely, when such managers are not in charge.

The remote work environments forced by Covid-19 demonstrated to many companies, often to their surprise, that they could have superior results with employees working remotely. That is because many, if not most, employees put great pressure on themselves to do superior work, and do not need an oppressive manager to add needless additional stress.

I would like to thank Gov. Andrew Cuomo for all that he has done for me (and others) during the height of the pandemic. His daily briefings were a source of data-driven information and, more important, hope when things seemed hopeless. His stories about his family were always a welcome distraction from the daily terror. He was a great comfort to me.

I’m sure that the daily briefings were exhausting at times, and inconvenient at times, but he never let us down. Seeing his smiling face and hearing his calming voice were the highlights of each day. My work revolved around his briefings.

There is something wrong with a society that fixates on the negative and cannot see the good. Governor Cuomo deserves our gratitude, and he deserved to be treated fairly. Apparently he was not. Politicians and other cowards with powerful voices should be ashamed of themselves.

I will miss him and wish him the very best.

The most telling part of Gov. Andrew Cuomo’s resignation speech was this: “In my mind, I’ve never crossed the line with anyone, but I didn’t realize the extent to which the line has been redrawn.”

The line has not been redrawn. Women over the years, decades and centuries have been both successfully and unsuccessfully pointing at the line. It was always there.

Street Sweeps of the Homeless Are Wrong

As an emergency physician and researcher who studies overdose and homelessness, I was horrified to read about Max Goren, who was forced to choose between going to his methadone clinic and risking having all his worldly belongings swept away. Others have lost prescription medications in similar “street sweeps.”

We are in the midst of an increasing overdose crisis in New York City; overdose deaths in the first quarter of 2020 were up 28 percent from 2019. Overdose is the leading cause of death among homeless New Yorkers.

Stable treatment with methadone or buprenorphine is proven to reduce the risk of overdose. Discontinuation of such medications can prove deadly, particularly absent a safe drug supply or safe consumption sites.

There are ways to work with people to get them the services (and housing) they actually want and need. Street sweeps that diminish people’s access to lifesaving medications are potentially deadly — both counterproductive and morally unacceptable.

Kelly Doran
New York
The writer is an assistant professor of emergency medicine and population health at the N.Y.U. School of Medicine.