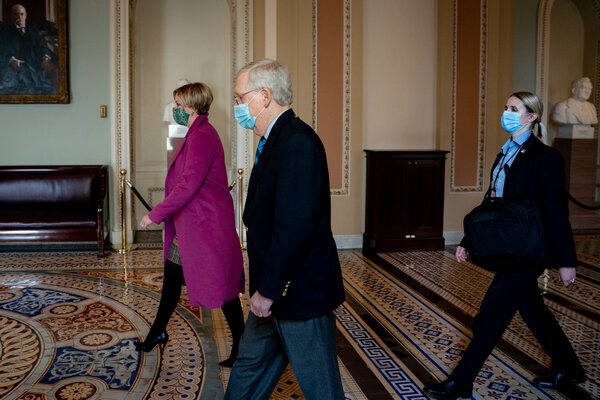 Thank you to Jennifer Senior, who said everything that needs to be said about Senator Mitch McConnell in “Good Riddance, Leader McConnell” (column, Jan. 20). The obstructionist power he has wielded for so many years has denied bipartisan progress on many of our country’s greatest challenges.

His cynicism has influenced too many others both in and out of politics. He not only set the stage for President Trump and then enabled him, but also amplified and exploited Mr. Trump’s worst instincts to continue the ride on his own wave of political power.

He is more responsible for damage to America’s democracy than the departing president. Good riddance, Donald Trump, but “Good Riddance, Leader McConnell” feels even better to me.

The Human Cost of Job Loss

Between 1980 and 2017 the United States lost 7.5 million manufacturing jobs, largely to globalization. Since 1980 our homeless population has mushroomed to at least half a million. “Deaths of despair” (due to suicides, drug overdoses and alcoholism) have become epidemic in communities deprived of their manufacturing base.

We’ve sold our national soul for the sake of cheap stuff, forgetting the human cost.

Alice Feller
Berkeley, Calif.
The writer is a psychiatrist.