With the 2020 presidential election now upon us, Americans are still mired in uncertainty. But at least one thing has already been made clear: The women’s vote will be critical to the outcome.

This past August marked the centennial celebration of the 19th Amendment, which granted women the right to vote. But as a researcher, I often find that historical events on the path to great accomplishments are largely overlooked.

One such case: From April 6 to Sept. 30, 1916, Alice Snitzer Burke and Nell Richardson drove 10,000 miles, to make the case for women’s suffrage. The two women, sponsored by the National American Woman Suffrage Association, drove a donated yellow Saxon Roadster from New York City down the Eastern Seaboard, through the South, up the West Coast, and back east again. They met with Americans from every side of the issue, giving speeches in town squares, and debating suffrage skeptics on the sides of dusty roads. 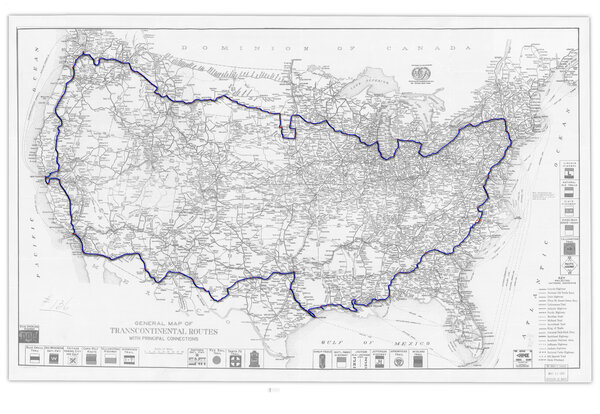 I used local newspaper archives to map their route. What emerges from these clippings is a picture of pioneering road trippers who look nothing like the dowdy suffragists depicted in most textbooks.

At a time when car travel was still rare — and solo travel by women even rarer — these two set out armed with a typewriter and a sewing machine. “If any anti-suffragist down in Texas makes remarks about suffrage destroying women’s feminine talents,” they told a reporter, “it will be Miss Richardson’s cue to get out the sewing machine and run off an apron while the crowd waits. If, on the other hand, he says women have no brains, she will pull out the typewriter and write him a poem.”

Cars were viewed as men’s machines, laborious to operate. Burke and Richardson relied on AAA’s Blue Book for directions, and braved the elements in the roofless Saxon. In Mobile, Ala., they were given a black cat to accompany them on their journey. They named him Saxon and sneaked him into hotels each night.

For the first two months of the trip, Burke wrote a regular column in The New York Tribune recounting their days and journey. The excerpts include tales of a close encounter with a mule; their adventures navigating undrivable roads; narrowly avoiding mobilizing troops in the Southern states and encountering soldiers who autographed the Golden Flyer.

Like many suffragists’ histories, Burke and Richardson’s are not straightforward narratives. The arguments they used — that women should get the vote because of the importance of mothers to the nation, that women would not use the vote to seek political office, that gaining the vote wouldn’t diminish a woman’s ability to carry out traditionally ladylike tasks — were reductive in many ways. 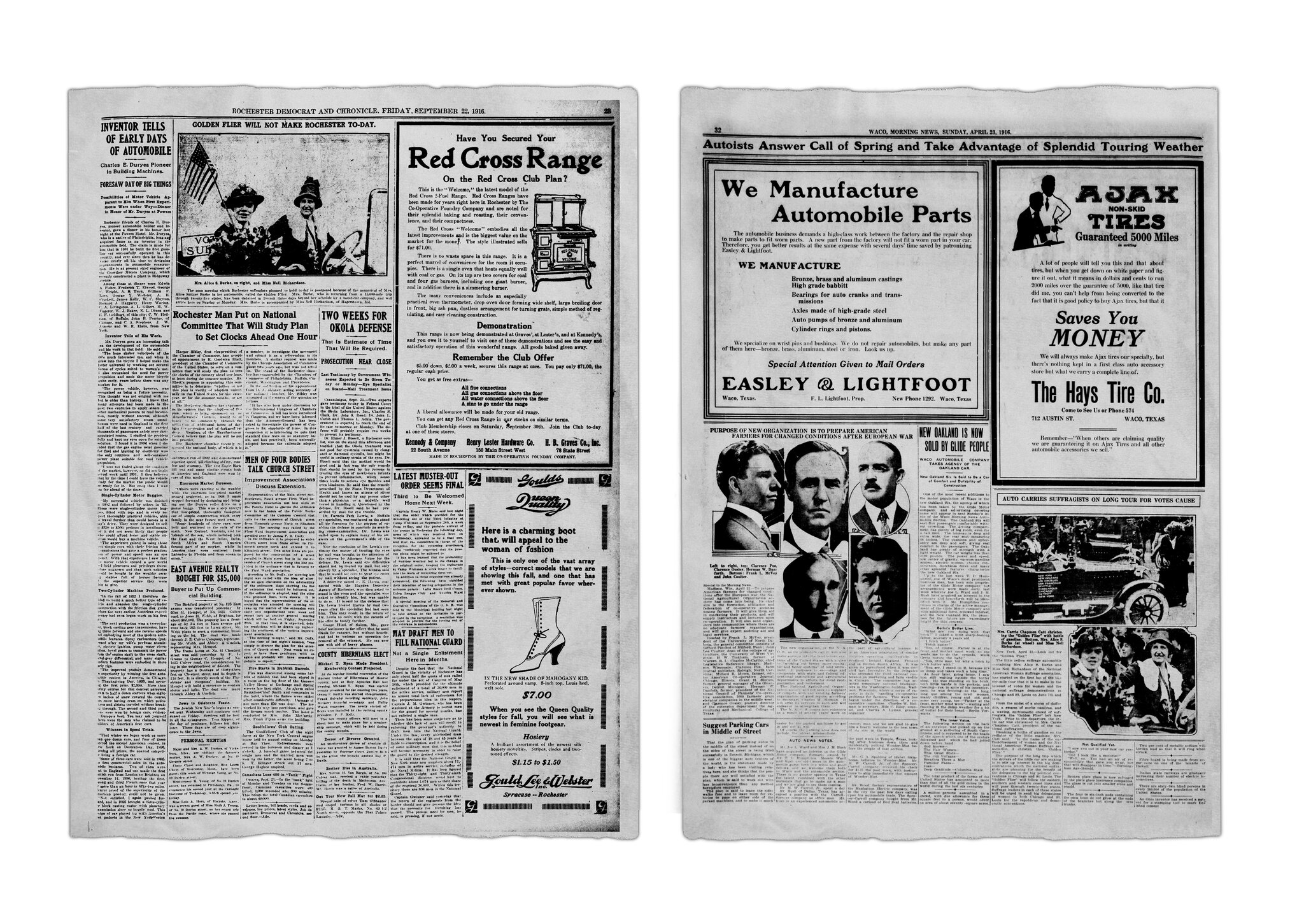 They also rested on racism: Like many of her white peers, Burke’s arguments on a woman’s right to vote had xenophobia and racism embedded within. Burke is quoted in the El Paso Herald as saying, “‘None of you men bother to think how you will vote. You do not ask the immigrant all these questions before permitting him to vote, after he is naturalized; you simply give him the right to vote and let it go at that, yet the immigrant often merely comes over here for a job and has no particularly vital interest in the welfare or the country. The women have a vital interest in the welfare of this country for it is our country as much as it is you men’s’.”

But they took a step to bring us into a new world, one where women were sitting in the driver’s seat.

Elizabeth D. Herman is a visual journalist and a doctoral candidate in political science at the University of California, Berkeley.