Back when we visited in 2002, there was hope that America could help make the country better. 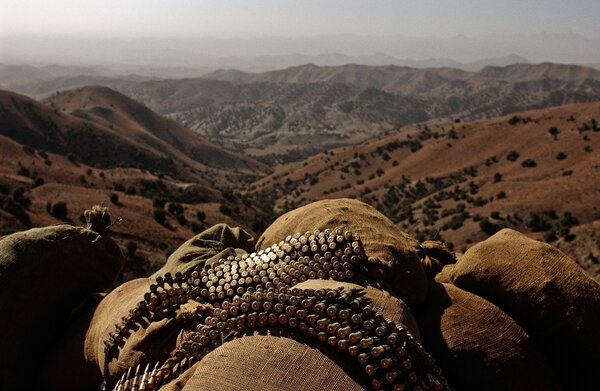 I was not surprised that Joe Biden decided to finally pull the plug on the U.S. presence in Afghanistan. Back in 2002 it was reasonable to hope that our invasion there to topple Osama bin Laden and his Taliban allies could be extended to help make that country a more stable, tolerant and decent place for its citizens — and less likely to host jihadist groups. But it was also reasonable to fear from the start that trying to graft a Western political culture onto such a deeply tribalized, male-dominated and Islamic fundamentalist culture like Afghanistan’s was a fool’s errand, especially when you factored in how much neighboring Pakistan never wanted us to succeed because it could wrench Afghanistan from Pakistan’s cultural and geopolitical orbit.

Biden was torn between those hopes and fears from the very start. I know because I was with him on his first visit in early January 2002 to postwar Afghanistan. It was just weeks after the major fighting had subsided and the Taliban were evicted from Kabul.

Biden, at the time the chairman of the Senate Foreign Relations Committee, had invited me to come along with him. I kept a diary in the months after 9/11, including of that trip, and published it in 2002, with a collection of columns from that time, in my book “Longitudes & Attitudes: Exploring the World After September 11.”

They were my thoughts, not Biden’s, but we were seeing the same things and sharing many of the same first impressions, which, in many ways persist today.

“We flew to Islamabad and then grabbed a U.N. relief flight into Bagram Air Base, 50 miles from Kabul. Joe stayed at the newly reopened U.S. embassy, with no flush toilets or running water, and I stayed at the house being rented by The New York Times, which had only slightly better plumbing but a friendly group of Afghan drivers and cooks who kept the fireplace roaring and the raisin pilaf and warm Afghan bread on the table. My first impression of Kabul? It was Ground Zero East.”

“We might as well be doing nation-building on the moon,” I wrote in the column I published that week. “You see sad and bizarre scenes here: a white donkey galloping down the main street right behind our car; a man with one leg peddling a bicycle; people washing a car with water from a port-a-potty. … The central government is so broke it has less money than most American network crews here, so the government can’t even pay salaries.”

Back to the diary:

“One morning Biden and I went over to the old Soviet Embassy, where thousands of refugees were packed into a beehive of makeshift one-room apartments, heated only by wood stoves and sheltered from the wet cold by plastic sheets. Everyone seemed to be shuffling around in sandals, with blankets for overcoats. Open sewers and mud were their front yards; hollow cheeks and wide eyes marked their faces. … My heart told me to write that America must remain here, for however long it takes, with however many troops it takes, to repair this country, and provide a minimum level of security so it can get on its feet again. It was the least we owed the place, having already abandoned it once after the Soviet withdrawal. We didn’t have to make it Switzerland, just a little better, a little freer, and a little more stable than it was under the Taliban.

“But while my heart kept pulling me in one direction, my head, and my eyes, kept encountering things that were deeply troubling. It started when I went along with Biden to meet the Minister of the Interior for the Interim Government, Yunus Qanooni, who is a Tajik. Behind his desk, where a minister should be hanging the picture of his president (Hamid Karzai, an ethnic Pashtun), he had a picture of Ahmed Shah Massoud (an ethnic Tajik), the leader of the Northern Alliance who was assassinated just before September 11.

“Tom Friedman’s first rule of politics: Never trust a country where a new minister has the picture of his favorite dead militia leader, not the country’s (interim) president, over his desk. It seemed to me that the tribal warrior culture ran so deep in this place, it would be hard for any neutral central government to sink real roots. As I contemplated that militia leader’s picture, I wondered to myself: ‘When were the good old days for government in Afghanistan? Before Genghis Khan? Before gunpowder?’”

Indeed, I wrote in my column that week that I lingered one evening in the famous bookstore of the Intercontinental Hotel, which had an amazing collection of books on Afghan history. As I perused the shelves, I wrote, “I was struck by how many books had ‘Afghan wars’ in the title. I picked up one called ‘A History of the War in Afghanistan’ and discovered it was part of a thick two-volume set that covered only the years 1800 to 1842.” I was also struck by the collection of postcards offered in that bookstore — one in particular. It was a two-part picture; one part was of a shell-ravaged building, and the other part of a damaged hallway, with the roof collapsed and rubble strewn all over the floor. The caption read: “Afghanistan, the looted and destroyed Kabul Museum.”

That is the sign of a country too long at war — when it is producing postcards of the rubble. And that was the question that Biden and I wrestled with throughout that trip: What were the foundations — physical, cultural, political, economic, religious and social — from which Afghans, with American and NATO help, might build a more decent, less corrupt, modern political system? Could the future bury the past there or would the past always bury the future? There were women and students and new, post-Taliban leaders we met with who insisted that the country could overcome its past; the bookstore library cautioned otherwise. Needless to say, we didn’t resolve that question on that trip. I am not sure we have still. 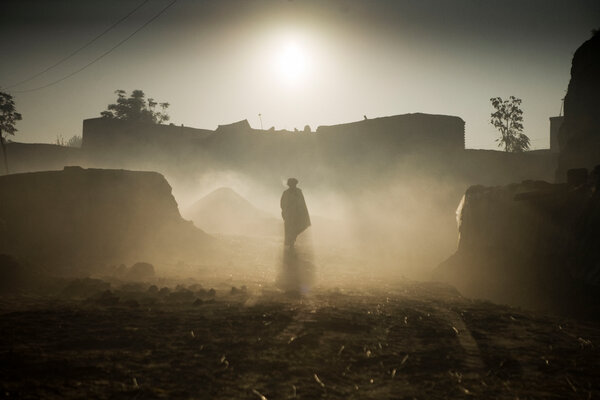 The diary: “The day Biden and his staff were supposed to fly out, with me tagging along, bad weather descended on Bagram Air Base, and the U.N. canceled its flight. This was a problem. The Delta Shuttle doesn’t serve Kabul. No U.N. flight, no exit. One of Biden’s security detail managed to get him and the rest of us seats on a U.S. military transport that was supposed to come in late that evening and fly right out, first to Pakistan and then to Bahrain. As a result, we had to sit around Bagram all day with the U.S. Special Forces, who were headquartered there. …

“I looked around the room at the Special Forces A-teams that were there and could see America’s strength hiding in plain sight. It wasn’t smart missiles or night-fighting equipment. It was the fact that these Special Forces teams each seemed to be made up of a collection of Black, Asian, Hispanic, and white Americans. It is our ability to blend those many into one hard fist that is the real source of our power. This is precisely what Afghans have not been able to do in recent decades, and it has left them weak, divided, and prey to outsiders.”