Every disaster shakes loose the old order. What replaces it is up to us.

Ms. Solnit is a writer. 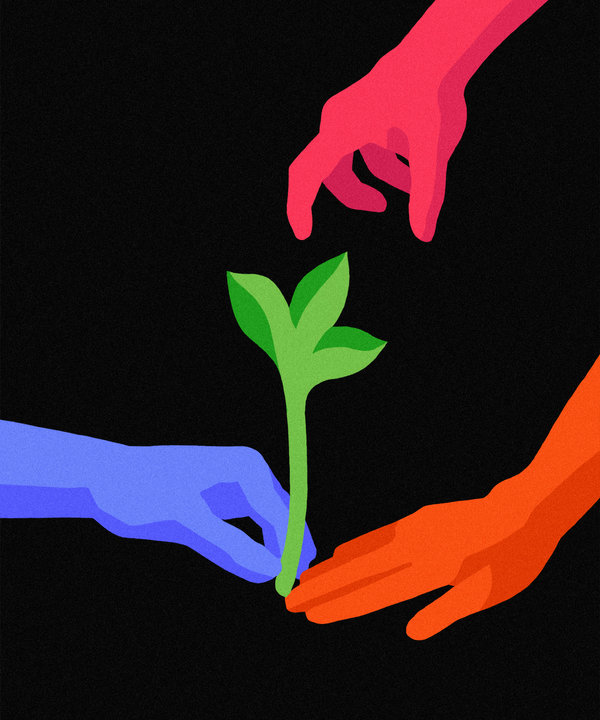 The scramble has already begun. The possibilities for change, for the better or the worse, for a more egalitarian or more authoritarian society, burst out of the gate like racehorses at times like these.

Progressive and conservative politicians are pitching proposals to radically alter American society, to redistribute wealth, to change the rules, to redefine priorities. The pandemic has given the Trump administration an excuse to try to shut down borders and, reportedly, a pretext to try to secure the unconstitutional capacity to detain people indefinitely. Congresswoman Ayanna Pressley, among others, has made the case for reducing the prison population, whose crowding in poor conditions constitutes a health risk — for freeing people, rather than the opposite, in response to the crisis. Other progressives have sought to expand workers’ rights, sick leave and implement other policies that would improve lives even in ordinary times. Social programs long said to be impossible may well come to pass; so could authoritarian measures.

Every disaster shakes loose the old order: The sudden catastrophe changes the rules and demands new and different responses, but what those will be are the subject of a battle. These disruptions shift people’s sense of who they and their society are, what matters and what’s possible, and lead, often, to deeper and more lasting change, sometimes to regime change. Many disasters unfold like revolutions; the past gives us many examples of calamities that led to lasting national change.

The catastrophic aftermath of Hurricane Katrina in New Orleans generated just such a power struggle. Conservatives won some things as the city ruined by the failure of levees was rebuilt: All New Orleans public schools became charter schools, and the city’s huge housing projects — which had survived the inundation largely intact — were torn down, displacing thousands of impoverished residents. But the city also cleaned up some of the corruption in its justice and prison system, made improvements in its evacuation plans and began to address its long-term vulnerability to flooding via more ecologically sound water policies and infrastructure.

The changes weren’t just local. The George W. Bush administration four years earlier had used Sept. 11 — another calamity — as a pretext to strip Americans of their civil liberties, to conduct a pair of wars that were themselves humanitarian, diplomatic and economic catastrophes, and to amplify its own authority. In fact you can see the administration’s response to Sept. 11 as a struggle primarily not to subjugate terrorists or battle distant regimes, but the American public. It did so by instilling fear, chipping away at rights, demonizing Muslims, expanding its powers and using wartime ideas of patriotism to quell dissent. The failure to prevent the Al Qaeda attacks could have discredited the regime; the regime was trying, as regimes often do, to shore up its authority.

That authority came crumbling down with the administration’s callous and incompetent response to Hurricane Katrina, particularly to the stranding of New Orleanians, mostly poor and mostly black, in their flooded city. (Two days after Katrina hit the Gulf Coast and put 80 percent of New Orleans underwater, Bush said, “I don’t think anyone anticipated the breach of the levees,” videotape of him being warned of that possibility a day before the catastrophe later hit the media.) The outrage over the response undermined the Bush administration’s mandate to govern. “Katrina to me was the tipping point. The president broke his bond with the public,” Bush pollster Matthew Dowd said. “I was like, man, you know, this is it, man. We’re done.” It ended the post-Sept. 11 era of deference to this particular authority — and some argue that by exposing the festering racism in American society, it strengthened the case for electing a black president a few years later.

“This is our Chernobyl,” a doctor in New York City said recently. He seemed to mean that not only were medical staff front-line workers in grave danger, but also that institutional authorities were in the process of failing civil society, as Soviet hierarchies all the way up to the Kremlin did in the 1986 disaster of a nuclear meltdown that spewed radiation internationally and contaminated hundreds of square miles of Ukraine for millenniums to come. The man at the top of that hierarchy, Mikhail Gorbachev, reflected years later: “The nuclear meltdown at Chernobyl 20 years ago this month, even more than my launch of perestroika, was perhaps the real cause of the collapse of the Soviet Union five years later. Indeed, the Chernobyl catastrophe was an historic turning point.”

Managua, Nicaragua, in 1972 and Mexico City in 1985 both suffered major earthquakes after which the corrupt and venal government response prompted long-term change. The Somoza dictatorship seized more powers in the wake of the Nicaraguan disaster, but in so doing it strengthened the case for the Sandinista revolution that swept it away later in the decade. In the wake of the quake in the Mexican capital, made worse by corruption in the enforcement of building codes beforehand and in the distribution of relief and rescuing the trapped afterward, public dissatisfaction with the one-party government boiled over. (In one instance, the police provided support for a sweatshop owner who wanted to rescue his equipment from a collapsed building but not the seamstresses trapped inside; this concern for property and profit over human life is often one of the flash points for ensuing political conflict.) A seamstresses’ union, a housing rights movement for the displaced and challenges to one-party rule were among the results.

Disasters test regimes. Some fail the test. Incompetence, indifference and self-interest are easy to see in the stark light of an emergency. People whose lives have been thrown into turmoil are no longer cautious or deferential, and no longer accept the inevitability of a status quo that is already in disarray. Things that seemed impossible have already happened — in our case, much of the economy has shut down, much of the population has suspended its ordinary activities, and sweeping new social programs (canceling student debt, for example) suddenly seem within reach.

There are no simple rules for when disaster becomes insurrection. Strong public outrage at the ruling party and its response is one factor; recognition of the possibility of deep and lasting change is another; and of course, how the story of what happened takes shape — who deserves credit or blame — yet another.

No one knows yet what will come out of this crisis. But like so many other disasters, this one has revealed how interconnected we are; how much we depend on the labor and good will of others; how deeply enmeshed we are in social, ecological and economic systems; and how prevention or survival of something as deeply, bodily personal as a disease depends on our collective decisions and those of our leadership.

It has also revealed how squalid the Trump administration’s selfishness is; early reports suggested — and a presidential tweet on Wednesday reiterated — that Mr. Trump viewed the pandemic as primarily about how it would affect his re-election chances and sought to minimize it for his own sake rather than respond to it as we needed. Most recently he and the Republican congressional leadership have aimed a bailout package at large corporations rather than citizens and, while fumbling delivery of urgently needed medical supplies, made proposals focused on keeping the market strong rather than human beings safe.

Will this catastrophe bring back the social safety nets we’ve been gutting for 40 years? Will it make the case for universal health care? Will a universal basic income seem like a more reasonable idea? As consumer spending free-falls while whole populations stay home, will we redefine what is necessary and important and how people’s needs are met? Will addressing climate change seem different in a world where air travel and consumption of consumer goods and of fossil fuel has been significantly curtailed, a world in which it is more possible to imagine sweeping change because so much is already altered?

No one has the answers to these kinds of questions yet, because what so many disasters tell us is that the outcome is not foreordained. It depends on what we do, and that depends on how we read what’s happening and what we value and how that changes in a time of stunning upheaval. Along with the struggle to overcome a disaster comes a struggle to define what it means. The two struggles are inseparable, and out of them a new order emerges.

Rebecca Solnit is the author of, most recently, the memoir “Recollections of My Nonexistence.”