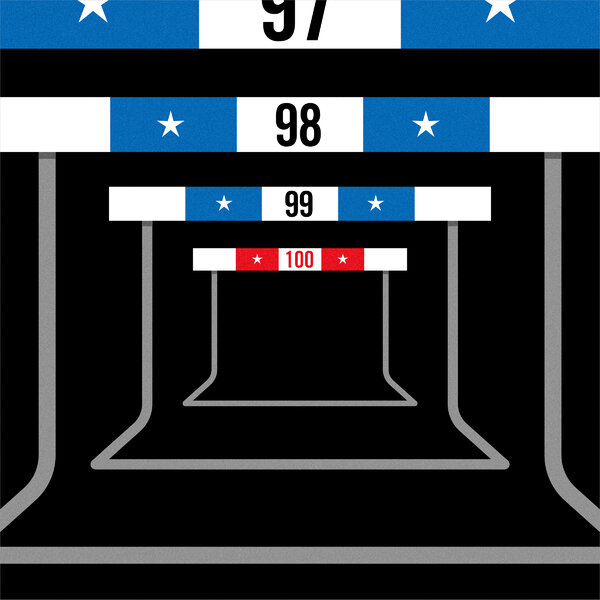 Mr. Weiner is a political scientist who served as a senior Senate aide to Bob Kerrey, Democrat of Nebraska.

On July 8, 1815, Louis XVIII returned to Paris less than four months after Napoleon’s daring escape from exile drove the French king from the city. In that astonishingly brief time, Napoleon reclaimed his power, led French troops into the field against the united powers of Europe and was defeated, finally, at Waterloo. The French call this frantic interval Les Cent Jours, the 100 days.

The monarchical origins of the phrase should be a warning against its use to measure the success of American presidents. But last week, news organizations, including this one, marked President Biden’s 100th day in office with everything from videos to scorecards to opinion polls. Mr. Biden commemorated it too, delivering an address to Congress laced with references to what had happened in the “100 days since I took the oath of office.”

Having gotten that ritual out of the way, could we please retire the first-100-days standard? Judging presidents on that clock distorts politics by encouraging occupants of the White House to change as much as possible as quickly as possible.

The 100-days benchmark entered American politics when Franklin Roosevelt used it in a fireside chat to characterize the special session of Congress he called to pass the New Deal. Since then, the 100th day of a term has become an arbitrary moment for gauging the success of a new president.

But Mr. Roosevelt confronted a profound political and economic crisis. There are reasonable arguments to be had over whether Mr. Biden confronts a comparable emergency. The Covid-19 pandemic certainly required urgent action, and the first 100 days provided a useful rhetorical benchmark for goals like vaccine administration.

But confronting problems, even urgent and large ones, is different from what the 100-days standard implies: that a significant crisis, or need for social or economic transformation, recurs every four years beginning on Inauguration Day.

Like all presidents, Mr. Biden should be judged by whether his leadership accords with his time: bold when circumstances justify it, more modest when that is all that is required. If he is a transformational figure as consequential as Mr. Roosevelt, it should not be because all presidents rise or fall according to the scale and pace of change that occurs under their leadership. It should be because Mr. Biden persuades the nation that this moment demands change of that magnitude.

Instead, the 100-days standard encourages change for change’s sake, and hasty change at that. But prudence, the paramount political virtue, is about calibrating action to the needs of the time. Judging every president by how much or what he or she changes in the first 100 days punishes prudence.

One reason for the benchmark is that the first 100 days represent a honeymoon period in which, flush with victory, presidents can harness the enthusiasm of the people. That is true. It is also true that presidents tend to accomplish more early in their terms than they do later. But that simply establishes that presidents who are justified in making significant changes may be better off doing so early. It does not establish the need for change in every case.

Sometimes there is a better reason to dampen popular enthusiasm rather than to exploit it. Alexander Hamilton thought that was an essential responsibility of presidents: “When occasions present themselves, in which the interests of the people are at variance with their inclinations,” he wrote in Federalist 71, “it is the duty of the persons whom they have appointed to be the guardians of those interests, to withstand the temporary delusion, in order to give them time and opportunity for more cool and sedate reflection.”