With few people traveling and lawmakers deadlocked on a stimulus package, American Airlines and United Airlines are cutting more than 30,000 jobs. 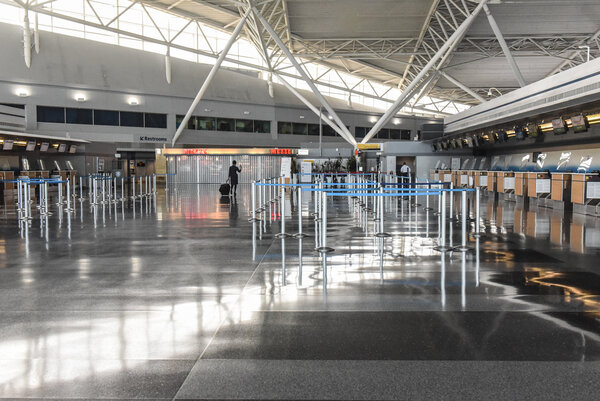 When Congress gave passenger airlines a $50 billion bailout in March, industry executives hoped the aid would tide them over until the fall, when more people might be traveling and a vaccine might be closer at hand. Several months later, that hopeful future remains extremely murky.

With no recovery in sight and negotiations over another stimulus package at an impasse, United Airlines and American Airlines on Thursday began furloughing more than 32,000 workers. The companies said they would reverse the cuts if Congress and the Trump administration reached an agreement to extend more aid to the industry, but there has been little or no progress in those talks.

“I am extremely sorry we have reached this outcome,” Doug Parker, American’s chief executive, told employees in a letter late Wednesday. “It is not what you all deserve.”

Airlines were prohibited by the March stimulus law from undertaking major cuts to where they fly and who they employ until Oct. 1. For months, unions have lobbied lawmakers for more money to postpone the day of reckoning, arguing that airlines are crucial to the economy, and help support other major employers like airports, hotels, car rental agencies and restaurants.

The campaign worked, but only to an extent. A bipartisan majority of lawmakers in the House of Representatives, at least 16 Republican senators and President Trump said they would be willing to offer another lifeline to the industry. But the effort stalled as Congress and the administration remained deadlocked on a broader aid package.