After a strategic review of its European operations, it’s a mixed bag of restructuring outcomes for Gap overseas.

Gap said Wednesday that Hermione People and Brands, the retail branch of FIB Group, is a potential partner for taking over the Gap stores in France and that negotiations are happening.

In Italy as well, Gap is in discussions with a partner for the potential acquisition of Gap stores.

However, in the United Kingdom and the Republic of Ireland, Gap will close all 81 company-operated Gap and Gap Outlet stores “in a phased manner” from the end of August through the end of September, meaning the San Francisco-based Gap Inc. is not seeking a partner to continue operating its stores in those two countries. The U.K. was the first European market Gap entered and through the late Eighties and Nineties had been among its most successful.

“We are thoughtfully moving through the consultation process with our European team, and we will provide support and transition assistance for our colleagues as we look to wind down stores,” Gap said in its announcement.

A Gap spokeswoman indicated that Gap’s North American business “is healthy and growing with Q1 comparable sales up 9 percent on a two-year basis. On the other hand, Gap Global’s comparable sales decreased 1 percent versus 2019, and the net sales declined 16 percent versus 2019, with permanent store closures resulting in an estimated 11 percent sales decline, and international COVID-closures driving an estimated 4 percent decline on a 2-year basis.

“Gap has tremendous reach and we are looking at how we optimize our business internationally,” the spokeswoman indicated. “We have a healthy Gap franchise business in more than 35 countries and believe that partnering provides a more cost-effective way to reach customers in international markets.

“We are in negotiations with FIB to take over all company-operated Gap stores in France by October.  In Italy, we are in discussions with a partner for the potential acquisition of our Gap stores.”

Gap has been operating  in the U.K since 1987 and the Republic of Ireland since 2006. As of January 30, there were 117 Gap owned stores in Europe, compared to 137 the year before. Officials at Gap couldn’t be reached Wednesday for an updated count on the number of stores in Europe, and how many closings would occur.

On the brighter side, Gap will maintain its online business in the U.K and Europe. “The e-commerce business continues to grow and we want to meet our customers where they are shopping. We’re becoming a digital-first business and we’re looking for a partner to help drive our online business,” the company said.

Gap said that it  conducted “an extensive evaluation of potential partners for our Gap business in France, Italy, the Republic of Ireland and the United Kingdom. During this process, it became clear that we would likely have a different outcome in each market. We believe in the power of partnering to amplify our brand internationally and we are committed to serving our Gap customers in Europe.”

Gap sells in more than 40 countries around the world through a combination of company-operated and franchise stores and e-commerce sites.

In other recent downsizings, Gap Inc. recently sold off its Intermix and Janie & Jack brands and closed its Hill City brand. The company has also been steadily closing Gap and Banana Republic stores in North America.

The decision to restructure its European network of stores reflects difficulties U.S. retailers have historically had with their European expansions, among them Walmart and the Hudson’s Bay Co. 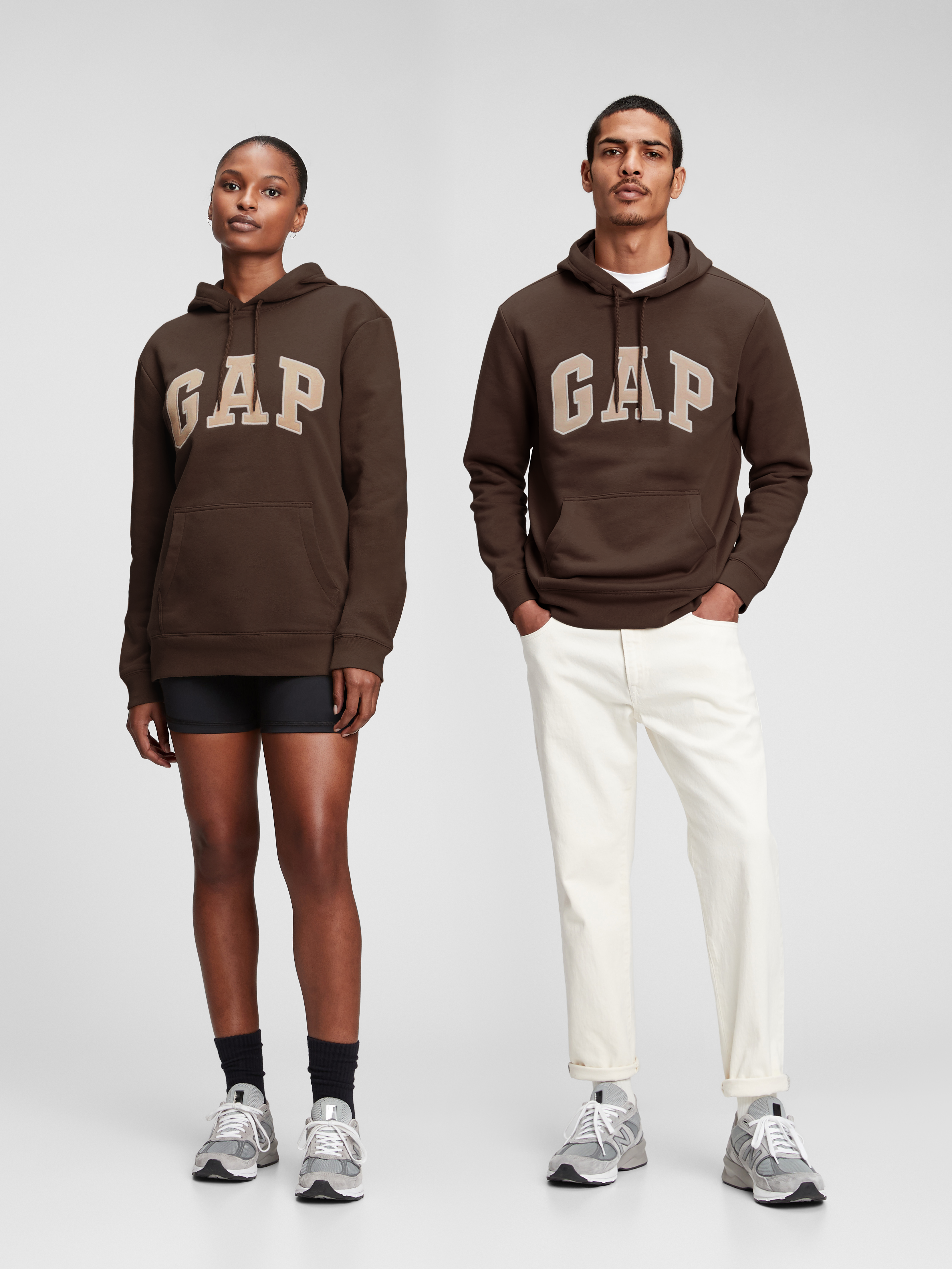 Gap’s brown logo hoodies. The brand is restructuring in Europe. Courtesy of Gap