An industry known for boom-bust cycles is resisting the temptation to pump more oil — for now. 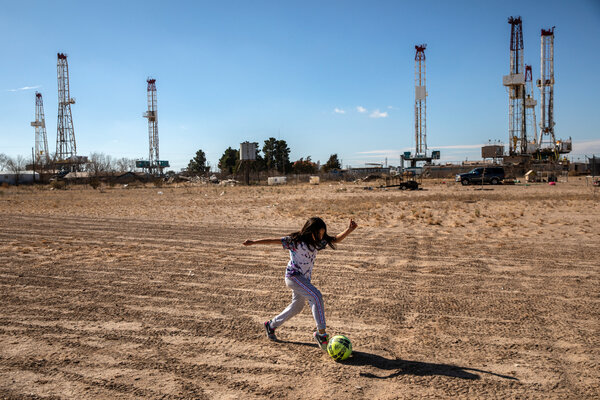 HOUSTON — Even as oil and gasoline prices rise, industry executives are resisting their usual impulse to pump more oil out of the ground, which could keep energy prices moving up as the economy recovers.

The oil industry is predictably cyclical: When oil prices climb, producers race to drill — until the world is swimming in petroleum and prices fall. Then, energy companies that overextended themselves tumble into bankruptcy.

That wash-rinse-repeat cycle has played out repeatedly over the last century, three times in the last 14 years alone. But, at least for the moment, oil and gas companies are not following those old stage directions.

An accelerating rollout of vaccines in the United States is expected to turbocharge the American economy this spring and summer, encouraging people to travel, shop and commute. In addition, President Biden’s coronavirus relief package will put more money in the pockets of consumers, especially those who are still out of work.

Even before Congress approved that legislation, oil and gasoline prices were rebounding after last year’s collapse in fuel demand and prices. Gas prices have risen about 35 cents a gallon on average over the last month, according to the AAA motor club, and could reach $4 a gallon in some states by summer. While overall inflation remains subdued, some economists are worried that prices, especially for fuel, could rise faster this year than they have in some time. That would hurt working-class families more because they tend to drive older, less efficient vehicles and spend a higher share of their income on fuel.

In recent weeks oil prices have surged to over $65 a barrel, a level that would have seemed impossible only a year ago, when some traders were forced to pay buyers to take oil off their hands. Oil prices fell by more than $50 a barrel in a single day last April, to less than zero.