SINGAPORE (Reuters) – Asian shares steadied from early losses on Monday as investors placed their hopes on a coordinated global monetary policy response to weather the damaging economic impact of the coronavirus epidemic.

Pandemic fears pushed markets off a precipice last week, wiping more than $5 trillion from global share value as stocks cratered to their steepest slump in more than a decade.

The sheer scale of losses prompted financial markets to price in policy responses from the U.S. Federal Reserve to the Bank of Japan and the Reserve Bank of Australia.

Futures now imply a full 50 basis point cut by the Fed in March <0#FF:> while Australian markets <0#YIB:>are pricing in a quarter-point cut at the RBA’s Tuesday meeting.

In equities, Chinese shares opened higher with the blue-chip index .CSI300 up 1.5%.

MSCI’s broadest index of Asia-Pacific shares outside Japan .MIAPJ0000PUS advanced 0.4%, turning around from a loss of about 0.3% earlier in the day.

Despite some stability in the market, analysts still expect volatility to persist.

“Any signs that new cases are beginning to taper could be seen as a positive catalyst for the market especially given that some of the market complacency has reduced with equity valuations much lower vs few weeks ago,” Nomura analysts wrote in a note.

“In the very near term until 1Q reporting results, we expect Asian equities may remain quite volatile,” they added.

“However, on a medium term basis we believe the risk-reward is now getting favourable, assuming the virus does not take the form of a virulent global pandemic.”

Leaders in Europe, the Middle East and the Americas rolled out bans on big gatherings and stricter travel restrictions over the weekend as cases of the new coronavirus spread.

The epidemic, which began in China, has killed almost 3,000 people worldwide as authorities race to contain infections in Iran, Italy, South Korea and the United States.

Both official and private surveys, released on Saturday and Monday respectively, showed China’s factory activity collapsing to its worst levels on record as the virus crippled broad areas of the economy.

“It is now highly probable that the coronavirus will spread globally,” Citi analysts said in a note.

“Financial markets may over-react until they have visibility on the actual impact.”

In currencies, investors sought shelter in the Japanese yen, which jumped to a 20-week high on the dollar in tandem with the massive shift in money markets to price U.S. rate cuts. [FRX/]

All of this leaves just about every major asset class on edge and few analysts sounding optimistic.

“So it was right not to ‘buy the dip,’” said Michael Every, Rabobank’s senior strategist for the Asia-Pacific. 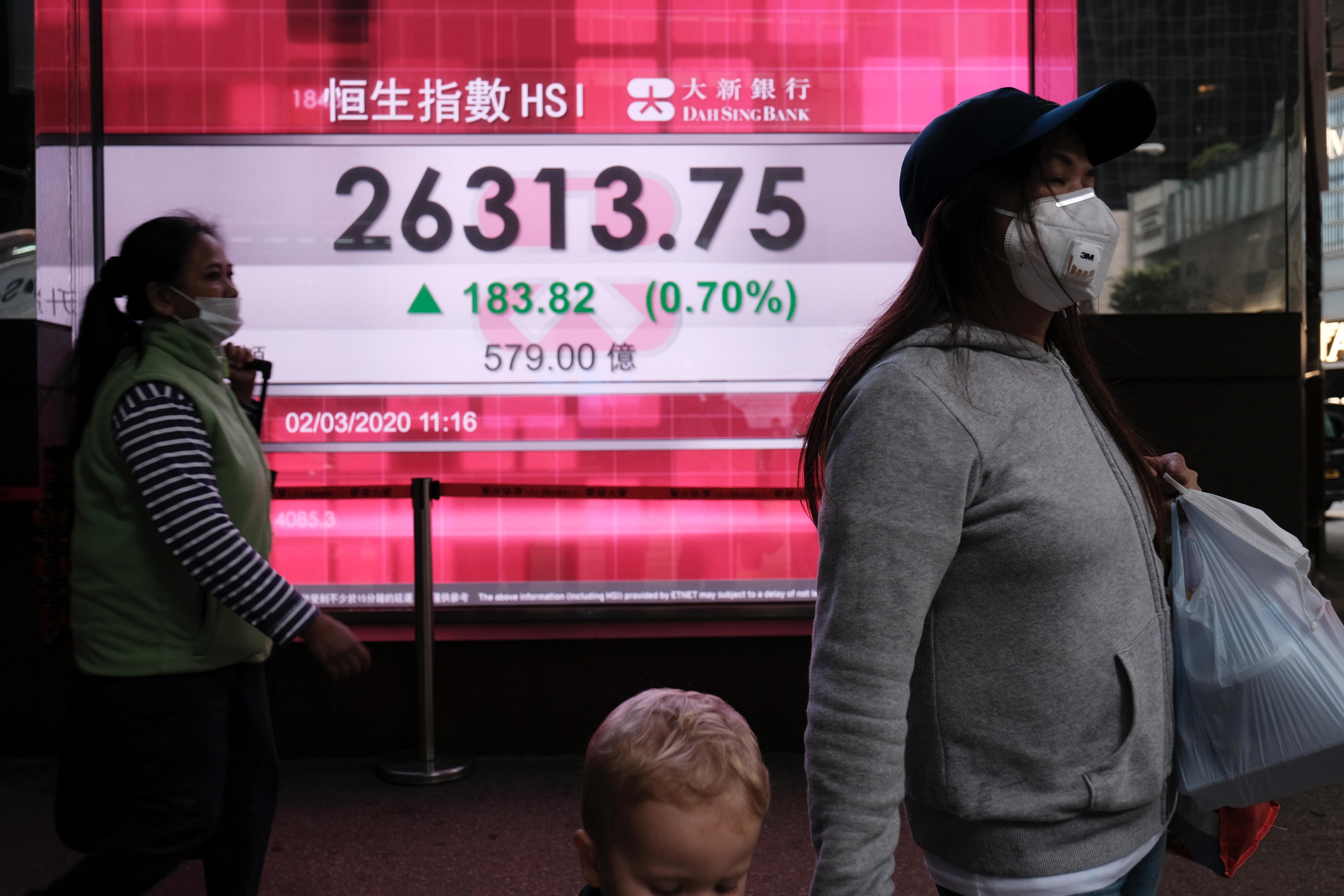 A further set of manufacturing surveys from around the world due later on Monday will provide investors more detail on the virus’ impact on the global economy.

Later in the week, central bank meetings in Australia, on Tuesday, and Canada, on Wednesday, will be closely watched.