NEW YORK (Reuters) – Athene Holding Ltd (ATH.N) agreed on Monday to pay a $45 million civil fine to settle charges it conducted insurance business in New York without a license, the first settlement in a probe into an industry where life insurers take over corporate pension plans. 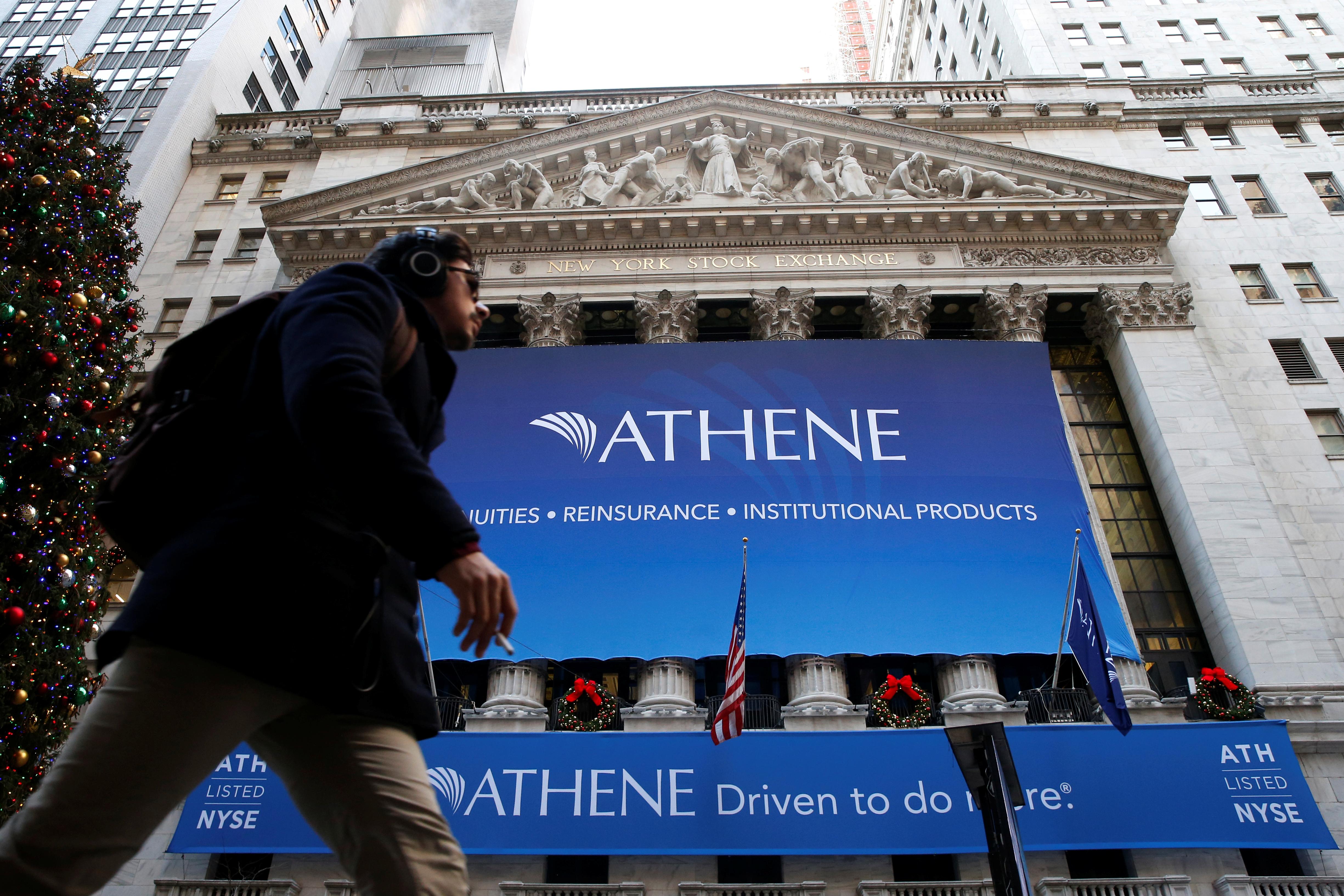 “Protection of New Yorkers’ retirement plans is more important than ever in this vulnerable economy,” Lacewell said in a statement. “Unlicensed insurance activity puts retirement assets at risk and that’s why we won’t tolerate it.”

In a typical pension risk transfer, a life insurer takes on a pension plan’s assets and liabilities, and writes a group annuity contract obligating it to pay participants.

The insurer is essentially betting it will make more on investments than it pays out.

As part of the settlement, it will move the handling of pension risk transfers to a licensed New York-based unit from Athene Annuity & Life.

The alleged wrongdoing occurred from 2017 to January 2019.

Athene cooperated with the probe. In a statement it said it was pleased to settle, and that participants it covers will continue receiving all contractual payments and benefits.

Pension risk transfers have existed since at least the 1920s, but rising interest rates and stock market gains in recent years had made them more common.

Lacewell said the pension risk transfer market has about 15 insurers, and most transactions involve partial buyouts of retirees’ long-term benefits.