President-elect Joseph R. Biden Jr. is set to fill out his economic team by naming Gov. Gina Raimondo of Rhode Island as his commerce secretary, Mayor Martin J. Walsh of Boston as his labor secretary and Isabel Guzman, a former Obama administration official, as head of the Small Business Administration.

While not as high profile as some other cabinet positions, the secretaries of labor and commerce wield enormous power given their roles overseeing everything from workplace safety to the protection of American industry. And the S.B.A.’s role has grown more important in recent months because it manages several pandemic-related programs aimed at helping small businesses, including the Paycheck Protection Program.

Mr. Biden has said he plans to pursue policies that will increase worker protections, particularly related to workplace oversight during the pandemic, as well as helping minority-owned small businesses weather the economic downturn.

Here is a look at the three individuals Mr. Biden plans to nominate: 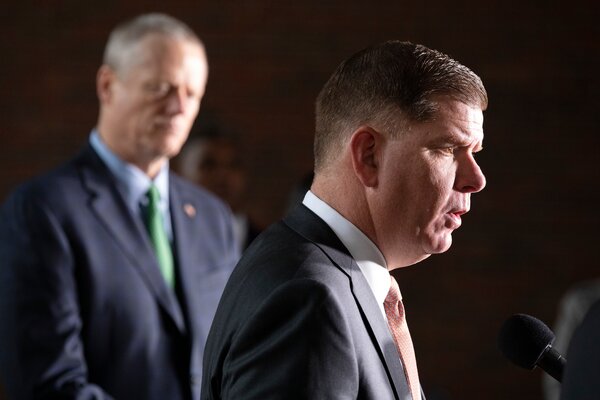 Mr. Walsh, 53, led Boston’s powerful Building and Construction Trades Council for two years before winning the 2013 race for mayor with strong backing from organized labor. He is expected to help fulfill Mr. Biden’s promise to improve workers’ pay and protections.

If confirmed as labor secretary, Mr. Walsh will be charged with reinvigorating the Occupational Safety and Health Administration, which critics have accused of porous workplace oversight during the pandemic.

It would also fall to Mr. Walsh to revisit a number of key regulations issued by the Labor Department under President Trump, including a rule that makes it harder for employees of contractors and franchises to recover illegally withheld wages from parent companies when their direct employers lack the resources to make them whole.

A native of Boston whose parents emigrated from Ireland, Mr. Walsh dropped out of college to take a union construction job and later became a local official in the Laborers’ International Union of North America. By his own account, he struggled with alcoholism for years until seeking treatment in the mid-1990s.

“On April 23, 1995, I hit rock bottom,” he said in a speech at the Democratic National Convention in 2016. “I woke up with little memory of the night before, and even less hope for the days to come. Everybody was losing faith in me, everybody except my family and the labor movement.”

In 1997, he won a seat in the Massachusetts House of Representatives. He earned a degree from Boston College by taking night classes while serving in the legislature and rose to become head of the city’s building trades council in 2011.

From his perch in City Hall, Mr. Walsh has notched a number of progressive achievements, including expanding affordable housing and access to prekindergarten programs and making community college tuition free for many low-income graduates of local public schools.

He has vowed to shelter undocumented immigrants sought by Immigration and Customs Enforcement, called on construction companies to allocate at least 40 percent of the labor deployed on large projects and public projects to racial minorities, and signed an executive order creating gender-neutral bathrooms in City Hall.

But accusations of wrongdoing have periodically plagued Mr. Walsh and his administration. The U.S. attorney’s office in Massachusetts investigated an allegation that Mr. Walsh, while running the local building trades council in 2012, sought to use his influence with the city to thwart a project by a local developer unless it hired unionized workers.

According to excerpts from transcripts viewed by The Boston Globe, Mr. Walsh was recorded saying he wanted a colleague to ask the mayor’s office to get the project “thrown off the docket” at the city’s zoning board of appeal. Mr. Walsh was never indicted.

The president of the Laborers’ International Union of North America, Terry O’Sullivan, said in a statement on Thursday that the union was “ecstatic and thrilled” by Mr. Walsh’s selection, calling him “a living embodiment of the American dream.”

Ms. Raimondo, a moderate Democrat with a background in the financial industry, has served as governor since 2015. She is seen as a relatively traditional choice for commerce secretary, a post that oversees not only relations with the business community but also technology regulation, weather monitoring and the gathering of economic data, among other duties.

Before running for office, she was a founding employee at the investment firm Village Ventures, which was backed by Bain Capital, and co-founded a venture capital firm, Point Judith Capital. Ms. Raimondo, 49, has a law degree from Yale University and earned a doctorate from Oxford University, where she was a Rhodes scholar.

The Commerce Department, which has nearly 50,000 employees, has used its vast power during the Trump administration to curtail the access of Chinese companies, including the telecom giants Huawei and ZTE, to the American market and technology. It also carried out investigations into the effect of imported steel and aluminum on the domestic industry, which led to Mr. Trump to impose global metal tariffs on European and other countries.

The department’s responsibilities also include areas that are expected to be central to the Biden administration, such as economic promotion, making it a potentially powerful force in the type of industrial policy that is increasingly embraced in Washington. The department promotes U.S. business abroad through the Foreign Commercial Service, and strategically important businesses at home by providing grants through the Economic Development Administration.

The Commerce Department also contains the National Oceanic and Atmospheric Administration, which is in charge of monitoring the weather and managing American fisheries, making it a potential player in Mr. Biden’s hopes to slow climate change.

Some progressive groups have protested Ms. Raimondo’s selection, arguing that the Biden administration should look to a populist Democrat instead. In an announcement on Wednesday, the Revolving Door Project and Demand Progress criticized Ms. Raimondo as a “corporate insider” who locked in liability protection for businesses but stripped funding from low-income areas of Rhode Island during the pandemic.

Some critics have also asked whether Ms. Raimondo has the technical background to devise and carry out a strategy to deal with technology challenges from China. In addition to denouncing deindustrialization and promoting business in Rhode Island, she does have firsthand experience with China’s economic challenges: Her father was laid off when the watch factory where he worked in Providence, R.I., moved to China.

Given the growing importance of U.S. competition with China, trade experts say, the position demands someone with expertise who is able to understand the cutting-edge technologies the department regulates and balance the competing demands of business promotion and national security.

William Reinsch, the Scholl chair in international business at the Center for Strategic and International Studies, said Mr. Biden and his team had placed a lot of emphasis on competing more effectively with China, including efforts to augment American industry that could be run through the Commerce Department.

“When you’re in a race, there’s only two ways to win. One is to trip the other guy, and the other is to run faster,” Mr. Reinsch said. “And to Biden’s credit, he’s really focused on running faster.”

To lead the Small Business Administration, Mr. Biden picked Isabel Guzman, 49, a deputy chief of staff at the agency during the Obama administration. Ms. Guzman served most recently as a top official at California’s Office of Business and Economic Development and has worked over the past two decades as an adviser to banks and consulting firms, with a focus on entrepreneurship and business development.

Ms. Guzman has been a member of Mr. Biden’s transition team for the Small Business Association, which has given her an inside view the past few weeks of the agency’s operations and its challenges.

The organization has traditionally been a government backwater, with one of the smallest budgets and permanent staffs of any cabinet-level agency. But during the pandemic, it has been thrust into a central role in federal economic relief efforts, overseeing two loan programs that are on track to disburse more than $1 trillion.

The agency has long been one of the government’s primary financial responders during disasters like hurricanes, wildfires and tornadoes, and its size and responsibilities swelled in the wake of catastrophes like Hurricane Katrina and the 2008 recession. The pandemic, though, has radically expanded its role in ways likely to permanently alter the agency’s scope and structure.

Simply managing the aftermath of the Paycheck Protection Program — which is expected to make more than $800 billion in forgivable loans, issued by banks but backed by the government — will require years of audits and oversight.

The new administrator will also have to grapple with the agency’s expanded portfolio of disaster loans, which are made directly by the government. The agency has lent nearly $195 billion since the coronavirus crisis began — far more money than it had previously lent out in its nearly 70 year history — and those loans have a repayment period that can stretch for up to 30 years.