It’s been more than two years since Chase Baron and Sean Smith, co-founders of Lakewood roofing and construction business Skyyguard, found out they had the attention of international liquor company Campari Group.

When they talk about their ongoing trademark dispute regarding their company’s logo and that of Campari brand Skyy Vodka, they’re still shocked it’s actually happening.

“Obviously, we thought it was ridiculous,” Baron, the company’s CEO, said of learning that Campari America had filed a notice of opposition to the trademark application he and Smith filed in January 2019. “What they’re saying is if we receive our federal registration for the design of our logo that it would dilute their Skyy Vodka brand. Since that date, we’re been trying to find out how. How is that possible?”

Companies using a wide lens to interpret intellectual property law and coming down on smaller companies is not a new phenomenon. Attorney Peter Lemire of Denver intellectual property firm Leyendecker & Lemire wrote a blog post in 2011 about a case in which Chik-Fil-A sent a cease-and-desist letter to a Vermont artist selling shirts that read “Eat More Kale,” claiming the slogan was too similar to the fast-food chain’s “Eat Mor Chikin” ad campaign.

Lemire posited that Chik-Fil-A would lose the case on its merits.

“However, in a trademark dispute, victory isn’t about who is legally right or wrong: It is about who is bigger and who has deeper pockets,” Lemire wrote.

Baron and Smith say they are finding that out the hard way. That’s why they have invested significant time and energy in trying to bring public attention to their case, which is still winding its way through the U.S. Patent and Trademark Office process with a legal proceeding scheduled to pick up again in March. 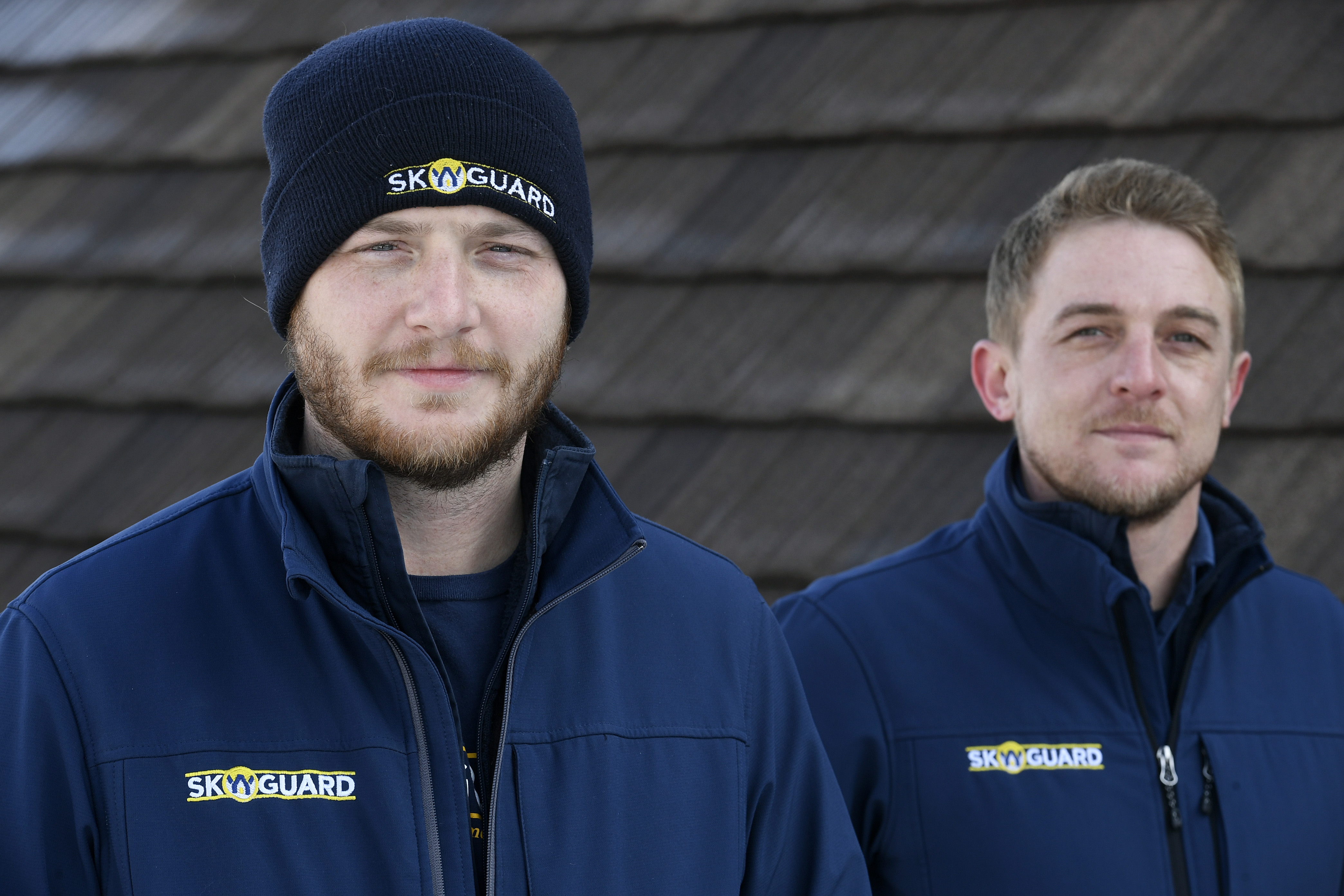 Since last year, the pair have been circulating a quote from a deposition that Smith sat for with Sabina Vayner, an attorney for Campari America with the law firm Greenberg Traurig LLP. Vayner asked Smith what he might do if he and Baron were not awarded the Skyyguard logo trademark.

When he said he didn’t know, Vayner asked, “But you’re prepared to essentially bankrupt the company fighting this all the way?” a transcript of the September 2019 deposition shows.

“We already know going in that this is about taking up as much time and getting us to invest as much money in lawyer fees until we literally can’t fight them anymore,” Smith said. “We’re not getting anywhere with them.”

Reached by email this week, Vayner said her firm does not comment on active client matters. Attempts to reach representatives for Campari America via email and through the Campari Group website did not generate a response.

Harry Surden, a law professor with the University of Colorado specializing in intellectual property law, said companies are responsible for protecting their trademarks or risk losing them. But there are numerous examples of common words being used in company logos and names in different industries where there is little risk of consumer confusion: Delta Airlines and Delta Dental insurance, for instance.

But there are also overly aggressive companies who go after small firms in unrelated fields, Surden said. Those companies are sometimes referred to as “trademark bullies.” He thinks the Campari case against Skyyguard fits in that category.

“Skyyguard is in a completely different field than Skyy Vodka (roofing vs. alcohol), and it is unlikely that consumers would be actually confused into thinking that Skyyguard was affiliated with Skyy Vodka,” Surden wrote in an email Tuesday. “Finally, ‘SKYY’ is a variant misspelling of a common word — ‘sky.’ I personally think that Campari/SKYY has a very weak case here.”

Baron and Smith would agree with the “bully” designation. They have found more than 160 instances of Campari taking action against small businesses over trademarks, including other companies in the construction field.

The two friends, who met aboard a submarine while in the Navy in 2005, have built their company around name recognition and reliability, choosing to establish a strong presence in Colorado instead of chasing storms around the country as some roofing companies do.

Smith said some people have asked him why Skyyguard won’t just drop the second Y in its name so Campari and its lawyers will relent. For one, Skyguard is already trademarked by another company, and for two, doing that would undo all the work that has gone into building Skyyguard’s presence on social media and the web, the partners say.

The trademark fight has had a financial — Baron estimated the company has invested more than $50,000 in litigating the case — and personal toll, the partners say. Both Baron and Smith have been separated from their families that live outside Colorado.

Still, they are committed to seeing the dispute through until the U.S. trademark and trial appeal board rules on it. They say Greenberg Traurig used intentional stall tactics to prevent the case from coming up in federal court.

“I promise if we could get everything out on the table this would be solved so fast,” Smith said.

“But that’s not what they want to do,” Baron added.