NEW YORK (Reuters) – Some asset prices are moving together in unusual ways, an indication that investors may be preparing their portfolios for a coronavirus-led global slowdown. 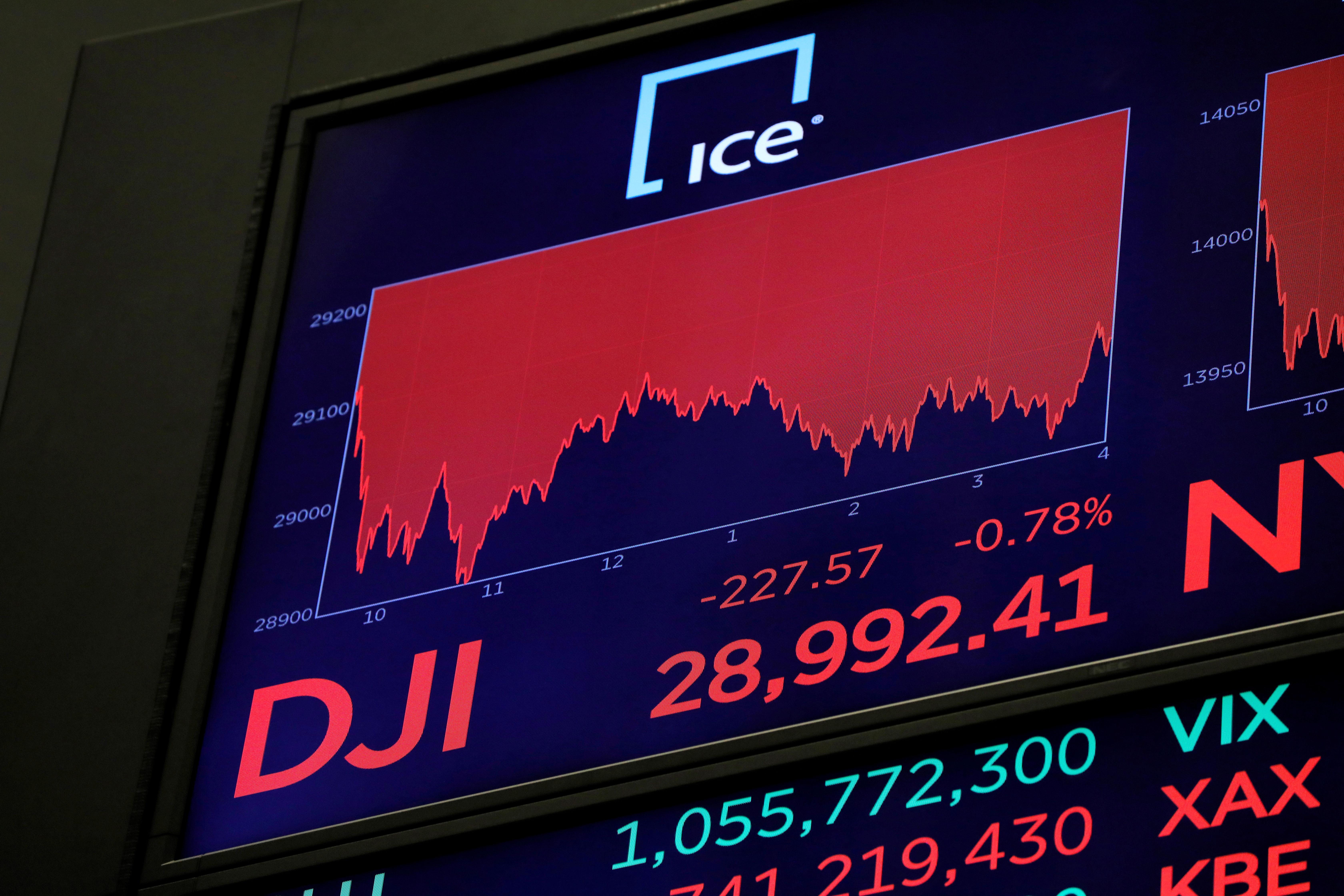 U.S. stocks, gold, Treasuries and the dollar have all surged in 2020, a climb that has taken place alongside persistent concerns over the outbreak’s economic fallout.

Such synchronous moves are not typical, as investors usually have different reasons for buying each asset class. A bullish bet on stocks, for example, is often a wager on stronger economic growth, while gold and bonds tend to find favor in more pessimistic times.

That conventional wisdom has not applied this year. The S&P 500 is up 3.3% in 2020 and stands just off a record high despite Friday’s drop, gold is up 8.3% and near its highest level in seven years while the U.S. Dollar Index is up 3% and hovering near a three-year high. Stocks, gold and the dollar have all notched yearly gains of 3% or more only twice in the past decade.

Meanwhile, the 10-day rolling correlation between the dollar and gold stands at 0.6 — higher than it has been more than 99% of the time over the last decade. Typically, a stronger dollar tends to pressure gold, which is denominated in the U.S. currency and becomes more expensive for foreign buyers when the buck rises.

Correlation is measured on a scale from minus one, which represents asset prices going in opposite directions, to plus one, indicating prices moving in perfect tandem.

Several forces may be fueling the multipronged rally, analysts said. While investors are loathe to reduce their stock exposure—a losing strategy over the more than-decade-long bull market—many are buffering their portfolios with haven assets such as gold, bonds and the dollar in case the outbreak accelerates or its economic fallout is greater than expected.

At the same time, investors are favoring U.S. stocks and bonds, as many expect the U.S. economy to be less vulnerable to a hit from the coronavirus than those in Asia and the eurozone. That has boosted the dollar while sending yields on some U.S. government bonds to record lows.

Many also expect the disruptions wrought by the outbreak to hit global growth and push central banks—including the Federal Reserve—to cut rates or introduce stimulus measures.

Fed funds futures on Friday implied traders are pricing in a 59% chance of a rate cut at June’s monetary policy meeting, compared with an implied probability of 17.5% at the start of the year.

That is seen as positive for stock prices, which have been buoyed by years of low rates, as well as gold, which struggles to compete with yield-bearing assets when rates rise. Bonds also become attractive because their prices rise when yields fall.

Lockstep moves in asset prices sometimes concern investors. Assets that rose in tandem could be at risk of a sharp simultaneous reversal if investors decide all to sell at once. Such moves occurred when worries over China’s economy triggered wide selloffs in 2015 and 2016.

Others, however, are more optimistic. Denise Chisholm, sector strategist at Fidelity Investments, noted that markets saw declines in a broad range of assets in 2018, followed by rallies in most major asset classes the next year.

Such a momentum shift has occurred only four times since 1975 and has been followed by an average return of 17% on the Russell 3000 index, her research shows.

“A ball in motion tends to stay in motion,” she said.