NEW YORK (Reuters) – Stocks across the globe and oil prices continued to tumble on Thursday and U.S. Treasury yields hit record lows as traders fretted over the economic impact of the spreading coronavirus. 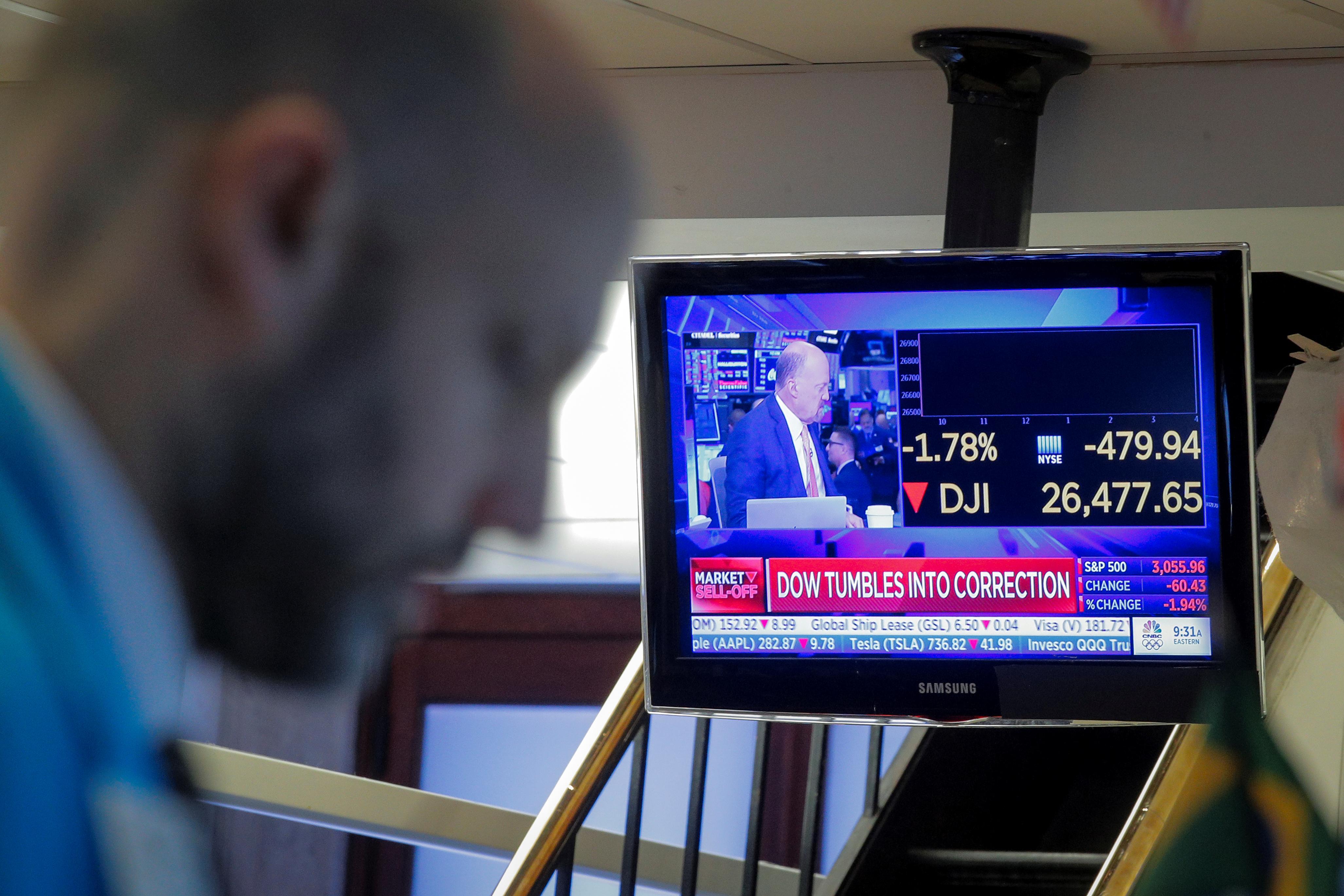 The sharpest moves across markets were partly reversed in afternoon trading in New York, but risky assets remained in the red.

Governments from Iran to Australia shut schools, canceled big events and stocked up on medical supplies in a race to contain the rapid global spread of the virus.

Bets that the U.S. Federal Reserve will cut interest rates to help soften the expected blow to the world’s largest economy sent the dollar lower against a basket of its peers.

On Wall Street, the S&P 500 was set for its steepest weekly pullback since the global financial crisis more than a decade ago as rising numbers of new infections outside China raised fears of a pandemic.

“It’s not a China thing, it’s becoming more global … in terms of the spread of the virus and its economic impact,” said Willie Delwiche, investment strategist at Robert W. Baird in Milwaukee.

“There’s a lot of uncertainty right now about where that impact lands … it’s also possible that forecasts are over-reacting to the downside.”

Wall Street indexes fell over 3% at their session lows but had shaved most of the loss in afternoon trading.

MSCI’s gauge of stocks across the globe shed 1.31%.

With the infection rate in China appearing to be slowing, the blue-chip CSI300 index finished up 0.3%. China’s central bank said on Thursday it would ensure ample liquidity to help limit the impact of the epidemic.

Treasury yields ticked higher after an initial drop sent the yield on the benchmark 10-year note to an all-time low for the third consecutive day.

The dollar fell as investors bet that the Fed would cut interest rates to offset the impact of the spreading coronavirus.

“Safe-haven currencies are doing very well and gold is heading back higher, and unless we see a slowdown in the coronavirus cases outside China, risk sentiment will continue to be undermined,” said Peter Kinsella, global head of FX strategy at UBP in London.

The Japanese yen strengthened 0.20% versus the greenback at 110.21 per dollar.

Gold, sought as a safe-haven, jumped 1%.

Oil prices plunged for a fifth day on fears of a pandemic that could slow the global economy and dent demand for crude.