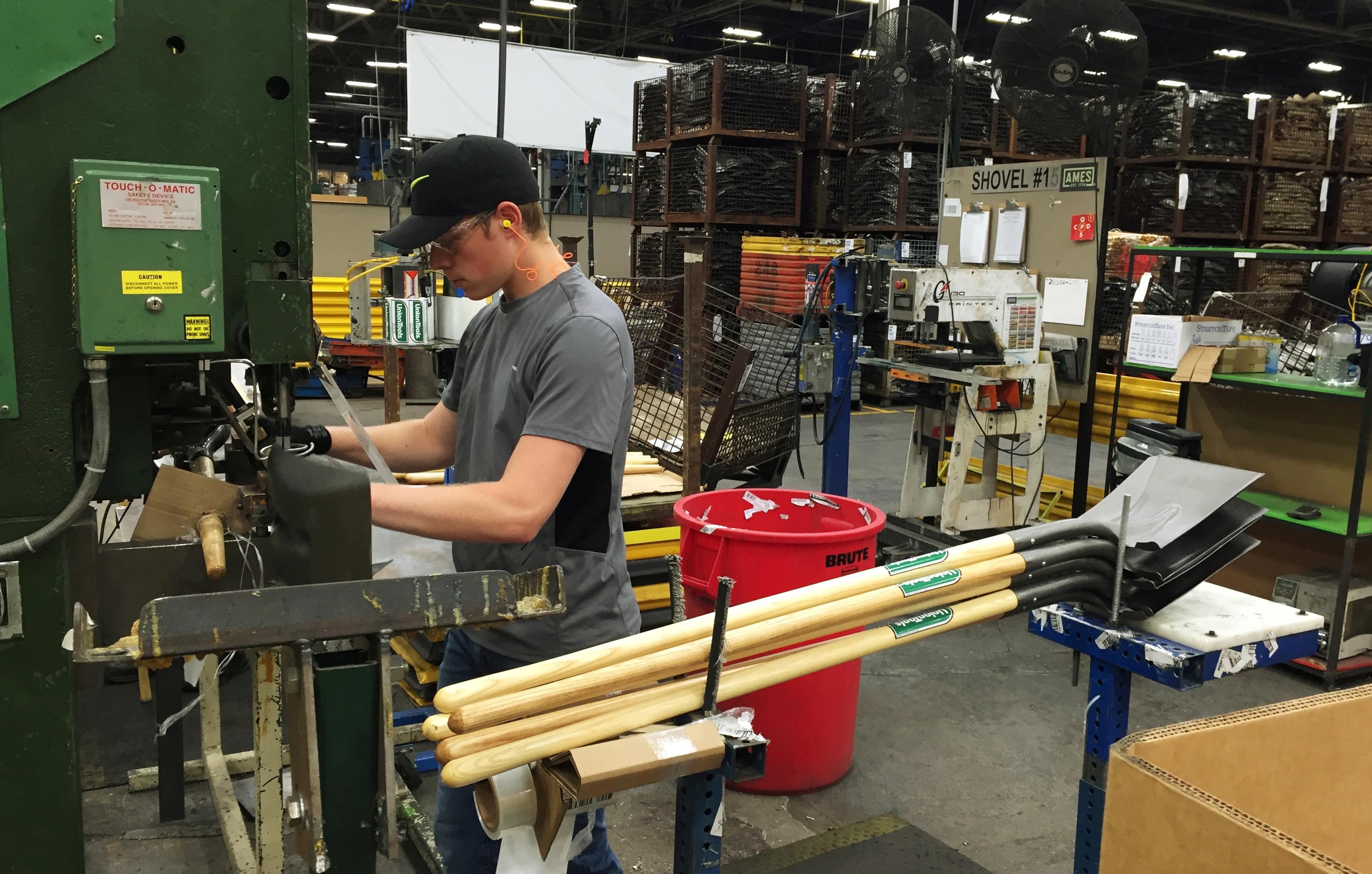 Despite the downbeat report from IHS Markit on Friday, the longest economic expansion on record, now in its 11th year, likely remains on track. Other timely data such as weekly claims for unemployment benefits have remained low. In addition, regional manufacturing surveys have been upbeat in February.

Minutes of the Federal Reserve’s Jan. 28-29 meeting published on Wednesday showed policymakers “expected economic growth to continue at a moderate pace,” but expressed concern about possible economic risks from the coronavirus, which has killed more than 2,000 in China and infected thousands globally.

“It will inevitably raise fears about the underlying health of the economy,” said Michael Pearce, a senior U.S. economist at Capital Economics in New York. “While we certainly wouldn’t rule out economic growth slowing further in the first quarter, we have a hard time believing the apparent message from the Markit PMI that the economy is on the brink of a recession.”

The IHS Markit flash services sector Purchasing Managers Index dropped to 49.4 this month, the lowest since October 2013 and signaling that a sector accounting for roughly two-thirds of the U.S. economy was in contraction for the first time since 2016. Economists polled by Reuters had forecast a reading of 53, down slightly from January’s final reading of 53.4. A reading below 50 indicates contraction.

The manufacturing sector barely escaped a slip into contraction, with the flash reading there at 50.8, the lowest since August and down from 51.9 in January. The flash Composite Output Index, which tracks the manufacturing and services sectors, dropped to 49.6, the lowest in 76 months, from a reading of 53.3 in January.

IHS Market attributed the deterioration in the PMIs to “the coronavirus outbreak, manifesting itself in weakened demand across sectors such as travel and tourism, as well as via falling exports and supply chain disruptions.” The data firm also said businesses were cautious about spending because of worries about a broader economic slowdown and uncertainty ahead of U.S. presidential elections in November.

The PMI’s readings were at odds with other flash surveys. IHS Markit’s flash composite Purchasing Managers’ Index for the euro zone rose in February. Business conditions also improved in the United Kingdom.

U.S. Treasury prices rallied on the weak U.S. PMIs, with the yield on the 30-year Treasury government bond dropping to an all-time low. The dollar fell against a basket of currencies. Stocks on Wall Street were trading lower.

The economy could draw some support from the housing market, which is being boosted by lower mortgage rates after the Fed cut interest rates three times last year and is expected to keep monetary policy unchanged at least through 2020.

In separate report on Friday the National Association of Realtors said existing home sales declined 1.3% to a seasonally adjusted annual rate of 5.46 million units last month, held back by a dearth of houses on the market. But the supply squeeze is likely to ease as building permits and the number of homes under construction are at levels last seen nearly 13 years ago.

Economists polled had forecast existing home sales falling 1.8% to a rate of 5.43 million units in January. Last month, existing home sales were unchanged in the Northeast and rose in the Midwest and the populous South. But sales tumbled in the West, the country’s most expensive region.

Existing home sales, which make up about 90% of U.S. home sales, surged 9.6% on a year-on-year basis in January.

According to the NAR, there 1.42 million previously owned homes on the market in January, down 10.7% from a year ago. That was the lowest January inventory since 1999.

With supply dwindling, the median existing house price increased 6.8% from a year ago to $266,300 in January.

At January’s sales pace, it would take 3.1 months to exhaust the current inventory, up from 3.0 months in December and down from 3.8 months a year ago. A six-to-seven-month supply is viewed as a healthy balance between supply and demand.

Last month, houses for sale typically stayed on the market for 43 days, up from 41 days in December, but down from 49 days a year ago. Forty-two percent of homes sold in January were on the market for less than a month.

First-time buyers accounted for 32% of sales last month, up from 31% in December and 29% a year ago.