Hermes is creating more than 10,000 jobs through a £100m investment to bolster its UK delivery capacity as the coronavirus crisis drives up demand for online shopping.

It is seeking 9,000 further self-employed couriers across the UK. 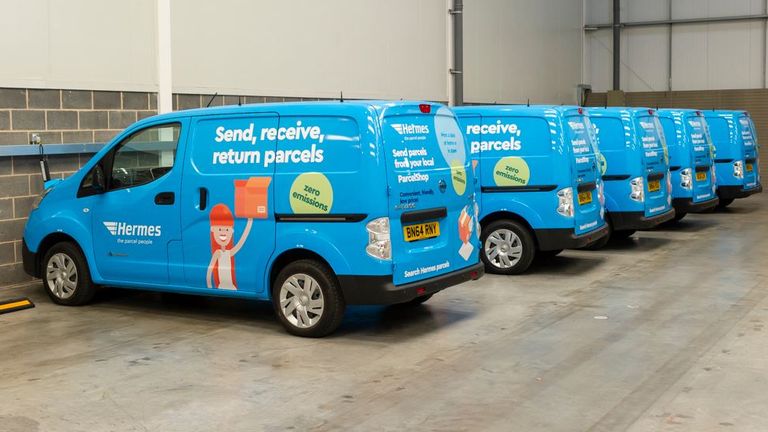 Hermes said its investment was due to “huge demand” for its delivery services since the start of the COVID-19 lockdown and it did not foresee a let-up despite the reopening of high streets.

The company said it was expecting a near-doubling of parcel volumes in the looming Christmas season – around 3.5 million a day – despite what is expected to be a tough time for family budgets given the scale of the shock to the economy.

The Office for Budget Responsibility used a report last week to warn that unemployment could surge beyond three million by Christmas, as government support for furloughed workers ends in October.

The jobs announcement by Hermes provides some rare cheer for employment and also reflects the critical role the delivery sector has played during the pandemic to date. Hermes said recrutiment for all roles was now starting ahead of the busy peak season.

It said self-employed drivers had the option of joining its Self Employed + scheme, agreed with the GMB union, that included guaranteed holiday pay.

Chief executive Martijn de Lange said: “This is good news for the many people who have sadly had their income
affected and we are pleased to be able to support the UK economy with so many jobs at this time.

“In that first fortnight of lockdown we had thousands of applications from pub staff, chefs, children’s entertainers, dog walkers, pub singers, beauticians, hairdressers, pilots and many, many others.

“We look forward to welcoming our new recruits over the coming weeks.”