The situation was dire. As the pandemic raged in March, some Covid-19 patients in Milan were going into septic shock and their blood pressure was perilously low.

A California drug company wanted to ship emergency medication to those patients, but commercial flights to Italy had been drastically scaled back. So it called PCI Pharma Services, a Philadelphia company that specializes in packaging and shipping drugs around the world. It took nearly a week, but PCI secured permits and arranged for courier jets, drivers and trains to deliver the drugs to Milan.

As countries prepare to distribute hundreds of millions of Covid-19 vaccines — some of which require storage as cold as the South Pole in winter and meticulous handling — the highly specialized operations of companies like PCI Pharma are in heavy demand. And Wall Street, which likes nothing better than a hot trade with the potential for big profits, is rushing to grab a piece of the action.

Investors were already snapping up shares of vaccine makers like Moderna and Pfizer, whose vaccine, developed with BioNTech, was introduced in the United States on Monday and requires an exceptionally low storage temperature of negative 70 Celsius.FedEx and UPS, whose shares have already risen this year as the pandemic forced millions to rely on online shopping, could benefit further from their roles in vaccine delivery.

But in recent months, private equity firms and wealthy individual investors have also been seizing on smaller companies like PCI Pharma, whose cold-storage operations will play a crucial role in delivering Covid vaccines to the public.

Until recently, the temperature-controlled storage and shipping of pharmaceutical products, known as the “cold chain,” was a relatively sleepy corner of the health care industry. The technology to preserve animal-based cells and tissues by transporting them in cold conditions has been available since the 1950s, and certain breakthroughs in cancer research in the last decade increased demand for cold-chain transportation.

But the virus, and the temperature-sensitive vaccines that are poised to combat it, have brought new attention to the cold-chain delivery systems in the United States and beyond. Even “Saturday Night Live” featured a cooler full of vaccines during a recent episode.

The companies getting attention from Wall Street are notable for how niche their operations are. Many use an elaborate network of freezers and specialized trucks and aircraft to move temperature-sensitive materials — such as blood, stem cells and tissue — around the world without compromising their efficacy. It’s a delicate process, because a product can go from vital to useless within minutes of being removed from cold storage.

Potential investors are constantly calling Stirling Ultracold, whose freezer equipment is powering UPS’s “freezer farms” in Louisville, Ky., and the Netherlands, where vaccines will be stored. “There’s not a day that goes by” that an inquiry doesn’t come in, said Dusty Tenney, Stirling’s chief executive, who is running his Athens, Ohio, production lines around the clock.

Demand for Stirling’s freezer engines — the core component of their upright, under-the-counter and portable freezers — has soared, and the estimated waiting time for new orders is six to eight weeks, the company said. On Dec. 8, after multiple prospective investors studied the company’s financial metrics in a due diligence process, Stirling received a capital injection of an undisclosed amount that it plans to use to buy new equipment and expand production. 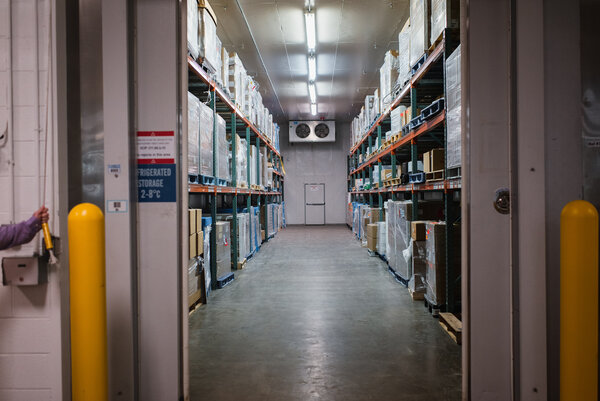 In October, Blackstone, the private equity giant, invested $275 million in Cryoport, a Nashville company that specializes in shipping sensitive medical materials at freezing temperatures. Investors have also been bullish on Ember, the beverage-heating company that has developed a refrigerated medical shipping box with built-in GPS and already counts two Jonas Brothers and the Brooklyn Nets forward Kevin Durant as shareholders.

Answers to Your Vaccine Questions

With distribution of a coronavirus vaccine beginning in the U.S., here are answers to some questions you may be wondering about: