BRUSSELS (Reuters) – Euro zone finance ministers discussed ways to pursue a more growth-friendly fiscal policy mix on Monday, in a potential nudge to Germany and the Netherlands to spend more as fears of a downturn grow in the wake of the coronavirus epidemic. 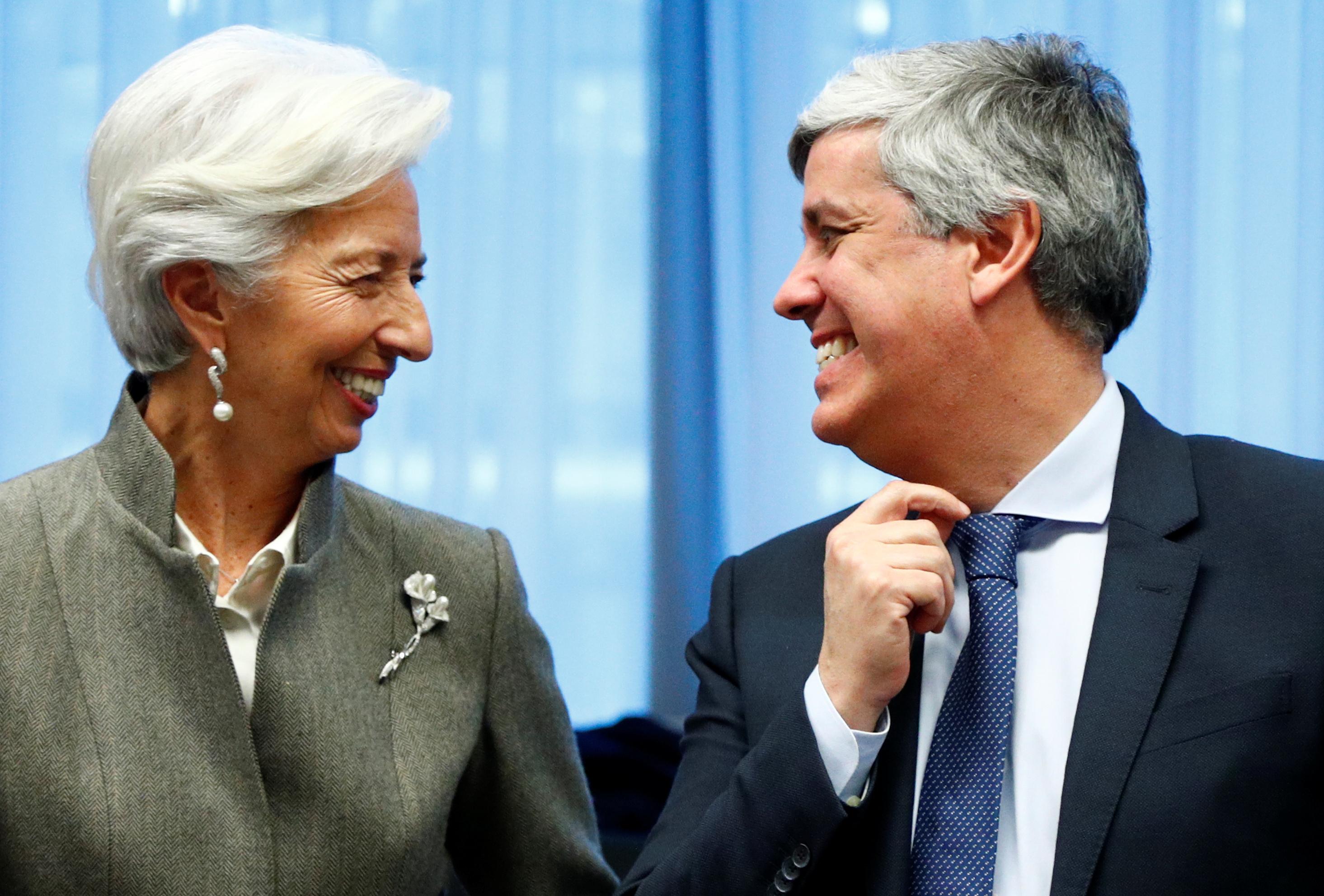 The 19-country euro zone has for years stuck to a broadly neutral fiscal policy in its annual recommendations, despite repeated calls from the European Central Bank and slow-growth states for it to invest more.

But weak growth last year in Germany, the bloc’s largest economy, and fears of a new downturn fueled by the coronavirus outbreak in China are pushing Berlin to soften its stance.

“While some … risks (to growth) have receded slightly, including in the case of Brexit and trade tensions, the recent outbreak of coronavirus is a reason for concern and one which we will need to monitor closely,” the chairman of euro zone finance ministers Mario Centeno told a news conference.

“The slowdown is still with us and we have agreed to coordinate any need for further policy response,” he said.

Until now, Germany has preached austerity to reduce fiscal imbalances in high-debt countries, like Italy and Greece.

“If downside risks were to materialize, fiscal responses should be differentiated, aiming for a more supportive stance at the aggregate level,” said the document the finance ministers discussed, which is to be published on Tuesday, confirming a Reuters report.

China’s coronavirus outbreak is among the main downside risks facing the euro zone economy, according to forecasts released last week by the European Commission.

Italian Finance Minister Roberto Gualtieri said it was too early to gauge the economic impact of the coronavirus, but that regardless, the last quarter of 2019 confirmed the need for “supportive fiscal policy” at the euro zone level.

In the last three months of the year, the German economy stagnated due to weaker private consumption and state spending, renewing fears of a recession.

The EU document said higher public spending would have to comply with EU fiscal rules which limit deficits to 3% of gross domestic product, among other requirements.

But the ultimate decision on whether countries that have strong public finances will spend more as per the euro zone recommendation, lies entirely with their national governments. Germany and the Netherlands, which have enjoyed budget surpluses for years, plan some additional outlays, but not as much as some in the euro zone are calling for.