WASHINGTON (Reuters) – Growing concerns inside the International Monetary Fund and the World Bank about the spread of the new coronavirus have prompted the institutions to consider scaling back their Spring Meetings in April or hold them by teleconference, people familiar with the discussions said on Wednesday. 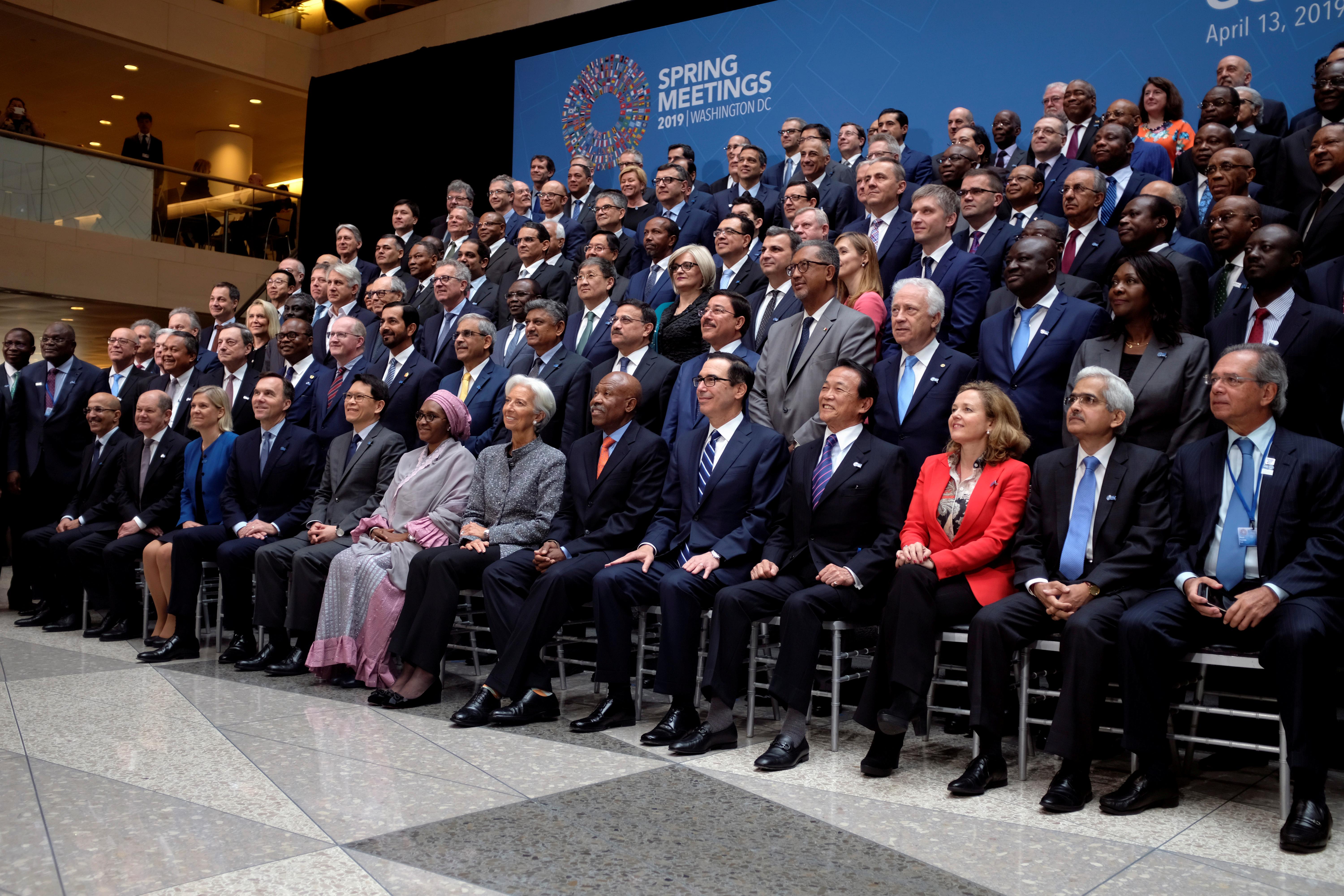 The institutions’ April 17-19 Spring Meetings are scheduled to bring some 10,000 government officials, journalists, business people and civil society representatives from across the globe to a tightly packed, two-block area of downtown Washington, DC, that houses their headquarters.

Financial markets have fallen sharply in recent days on news that the virus is spreading rapidly in Europe. Italy has reported more than 400 cases and people who have visited Italy have tested positive in Brazil, Algeria, Austria, Croatia, Greece and other countries.

Like other coronaviruses, the new virus – which causes a disease now called COVID-19 – is transmitted from person to person via droplets when an infected person breathes out, coughs or sneezes. It can also spread via contaminated surfaces such as door handles or railings.

The IMF has warned in recent days of a potentially deeper economic fallout as the coronavirus spreads beyond China, cutting its forecast for 2020 global growth by 0.1%.

The virus’ spread has raised concerns inside the Fund and the World Bank that the close interactions among people from their 189 member countries at the Spring Meetings could inadvertently contribute to the problem.

Officials from both institutions and member governments said that talk of canceling the meetings outright is premature, but they are considering several options to modify them. No decisions have been made, they said, adding that much depends on efforts to contain the virus in the coming days and weeks.

Options include scaling back the number of meetings, canceling external events and limiting the size of the country delegations that would travel to Washington. Another alternative is to hold “virtual” meetings by teleconference, and the institutions could still proceed with full-fledged meetings.

One person familiar with the IMF’s planning discussions said: “Plenty of people here see wider merit in testing whether holding key meetings virtually could be made to work.”

Other sources said IMF and World Bank managers were considering various options, and the scale and scope of the meeting would reflect the degree of concern.

“Of course we are thinking about all eventualities,” one of the sources familiar with the planning efforts said.

In a joint statement responding to Reuters’ queries, the IMF and the World Bank said that their senior leadership teams were closely monitoring the spread of the coronavirus.

“The question of arrangements for the Spring Meetings is one on which Bank and Fund have been coordinating with our respective Corporate Secretariats, which are our primary liaisons with shareholders. We anticipate a decision on the scale and scope of Spring Meetings will be made in the coming days.”

After the September 11, 2001 attacks on New York and Washington, the IMF and World Bank canceled their annual meetings scheduled for later that month in the U.S. capital. The meetings were reconvened in November 2001 in Ottawa, Canada.

Both institutions by-laws state that their annual meetings of boards of governors, normally held in the fall, must be held in person.