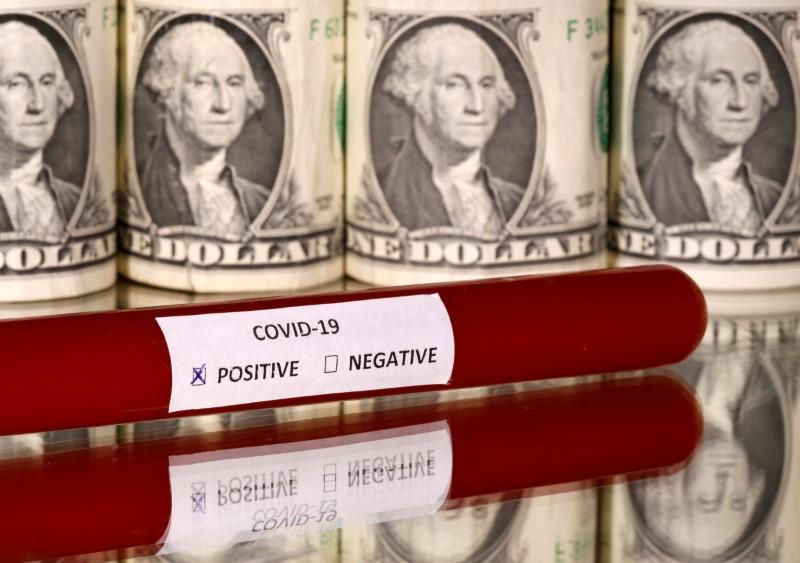 But the disastrous impact of the runaway coronavirus on financial markets will continue to impair price-making in Treasuries even if the Fed buys the entire U.S. debt market, analysts said, as bond investors fret about a steep economic downturn that is sure to come.

Liquidity in Treasuries has thinned in recent weeks, leading to sharp price movements. The Fed began stepping in with a rate cut in early March, followed by increasingly drastic measures to bolster market conditions.

On Monday, it announced programs that represent a never-before-seen intervention by the central bank into the heart of the “real” American economy. For the first time, the Fed will back purchases of corporate bonds, backstop direct loans to companies and “soon” will roll out a program to get credit to small and medium-sized business.

“This creates a buyer of last resort for a lot of the securities and takes a lot of pressure off dealers’ balance sheets, which already have been full,” said Gennadiy Goldberg, senior rates strategist, at TD Securities in New York.

The announcement eased liquidity pressures a little bit on Monday, analysts said, but that is not a sign things will function smoothly going forward.

“Liquidity will improve together with everything else,” said Patrick Leary, chief market strategist, at broker-dealer Incapital.

“This is one of those things that will take time to happen. As the virus goes, as the stock market goes, as the credit market goes, the more that people feel that they’re able to get the liquidity they need in the marketplace, their liquidity needs will diminish,” he added.

Pockets of illiquidity persisted on Monday, especially in older Treasuries, called off-the-runs, which make up the bulk of the outstanding debt.

This segment of the Treasury market has been problematic the last couple of weeks because liquidity dried up there on fears of the pandemic escalating.

Leary said the bid-ask spread for off-the-run Treasuries was around six ticks. Under normal circumstances, that spread should be a lot lower.

That said, Jim Vogel, senior rates strategist at FHN Financial in Memphis, Tennessee, did see “initial signs of positive results near the end of last week.”

The Fed’s presence in the Treasury market over the last week has been unprecedented, purchasing 55% of the $500 billion in Treasuries it has committed to buy. Its purchases were higher than the average daily pace observed during the Fed’s quantitative easing from 2009 to 2014, JP Morgan said in a research note on Monday.

Despite Fed buying of Treasuries, JP Morgan said market depth barely increased, and remains at the lowest levels since year-end 2008.

“Ultimately you still have the risk that as you shut down 40% of the economy and more going down every day, this cannot go on forever,” said Stan Shipley, fixed income strategist at Evercore ISI in New York.

“But this (latest Fed move) provides several months of room for us to win the battle against the virus.”