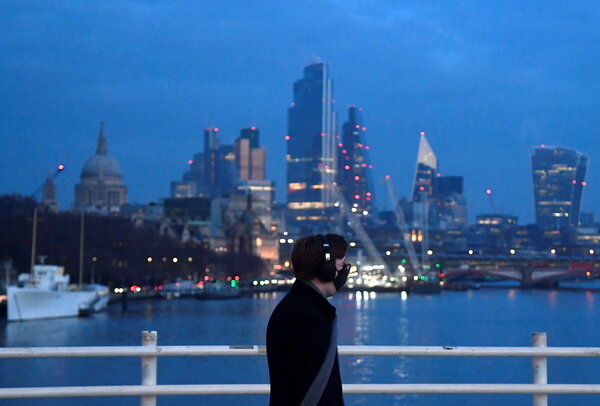 The start of 2021 has been rocky for Britain. Its exit from the European Union unleashed a colossal amount of red tape that has left some industries desperate for help, and the country is under yet another lockdown because of a fast-spreading strain of the coronavirus.

But there has been a glimmer of hope. More than four million people in Britain have been partially vaccinated against the coronavirus, a promising pace of inoculation.

Investors looking to ride a wave of optimism about a vaccine rollout have turned to Britain’s stock market, which has posted a strong start to the year, jumping more than 6 percent in the first week.

Overall, in the first two and a half weeks of January, the FTSE 100, Britain’s benchmark stock index of large companies, gained 4.3 percent — outstripping the S&P 500 index, which rose 2.6 percent, and the Stoxx Europe 600 index, which was up 3 percent. Even when the gains are converted to U.S. dollars, the FTSE 100 still has a clear lead.

Beyond the vaccine rollout helping to ensure an economic rebound, another factor is drawing investors: the relative cheapness of British stocks.

Britain’s FTSE 100 index is benefiting from an investment strategy in which traders buy so-called value stocks. These are companies that are perceived to be trading below their true value because their business has been disrupted by a recession, especially in the financial and energy sectors, and the FTSE 100 has a large share of these stocks.

“I would emphasize the very much unloved and horrible dreadful U.K. market might be worth a look this year,” Robert Buckland, a Citigroup equity strategist, said in a presentation last week. “We all know it’s been a place to avoid for many, many years.”

The British stock market has been a laggard for years.

Once converted into dollars, the annual returns of the FTSE 100 have been the worst of the three indexes for the past nine years.

Why are investors betting on a turnaround now? For one, many of them are ready for a bargain. The equity bull market has been dominated by shares of American tech companies that are expensive, which makes some investors nervous about how much they can keep rising. Cheap stocks in industries that tend to do well during economic boom times are offering an alternative.

And then there is Britain’s free-trade deal with the European Union. Some investors have put aside whether it’s a good or bad deal in its detail, in favor of relief that an agreement was reached in late December.