LONDON (Reuters) – Global shares rose on Thursday on hopes the COVID-19 pandemic was nearing a peak and that governments would roll out more stimulus to support their economies, while expectations of a deal to cut oil production bolstered crude prices.

The pan-European STOXX 600 index was up 0.5% by midday in London, with battered travel and leisure stocks, autos, and mining companies leading early gains. [.EU]

MSCI’s All-Country World Index, which tracks shares across 49 countries, was up 0.3% to its highest since March 12.

U.S. stock futures were flat after bouncing in and out of positive territory in European trading.

In Asia, MSCI’s broadest index of Asia-Pacific shares outside Japan was up 1.56%, following a strong Wall Street close.

“Sentiment remains volatile, but investors appear to be looking through the growing headline numbers of COVID-19 cases and focusing on signs that the spread of the pandemic is being brought under control, which in turn is underpinning hopes for a relatively swift relaxation of containment measures,” said Mark Haefele, chief investment officer at UBS Global Wealth Management.

Oil prices extended gains on hopes major producers would agree to cut output when they met later in the day in response to a collapse in global oil demand.

New York Governor Andrew Cuomo said the state’s efforts at social distancing were working in getting the virus under control in one of the biggest hot spots in the United States.

U.S. President Donald Trump said he would like to reopen the U.S. economy with a “big bang” but that the death toll from the coronavirus first needs to be heading down. 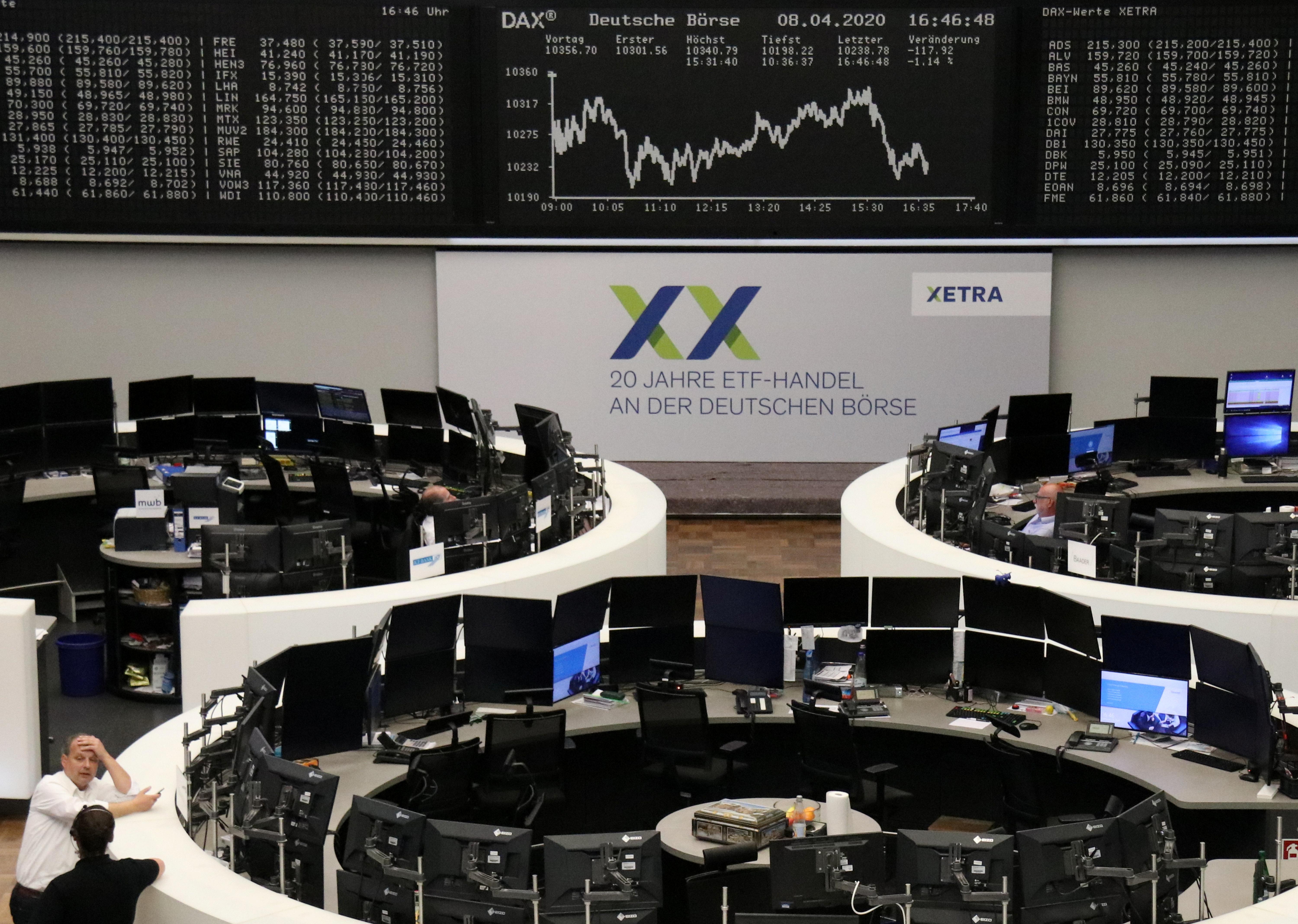 The S&P 500 gained 3.41% on Wednesday, helped by hopes the pandemic was nearing its peak.

The Trump administration has asked lawmakers for an additional $250 billion in aid for small U.S. businesses. However, congressional efforts were stalling as Democrats held out for similar amounts of aid for hospitals and local governments.

Japan’s Nikkei stock index bucked the regional trend and fell 0.46% as coronavirus infections in the country rose. Markets were also jittery following the government’s declaration of a state of emergency for Tokyo and other urban areas.

The coronavirus has spread rapidly across the globe, infecting more than 1.4 million people and causing more than 87,500 deaths, according to a Reuters tally.

Wuhan, the Chinese city where the new virus emerged late last year, ended its more-than two-month lockdown on Wednesday, but many governments around the world remain nervous about the pace of infections and deaths.

The euro gained against the dollar on hopes euro zone finance ministers would agree on more support for their coronavirus-hit economies.

The pandemic is still infecting and killing large numbers of people across Europe and there is no sign the peak of the region’s outbreak has been reached, the EU’s disease monitoring agency said.

Sterling held onto gains versus the dollar. Helping confidence was news British Prime Minister Boris Johnson’s condition was improving. Johnson, who was diagnosed with COVID-19 late in March, was taken to intensive care two days ago after his condition deteriorated.

The Organization of the Petroleum Exporting Countries and its allies, including Russia – a group known as OPEC+ – are set to convene a video conference meeting on Thursday.

Hopes of an agreement to cut 10 million to 15 million barrels per day rose after media reports suggested Russia was ready to reduce its output by 1.6 million bpd.