NEW YORK (Reuters) – A powerful surge in the dollar threatens to magnify the pain for companies and nations already struggling with the economic fallout of the coronavirus. 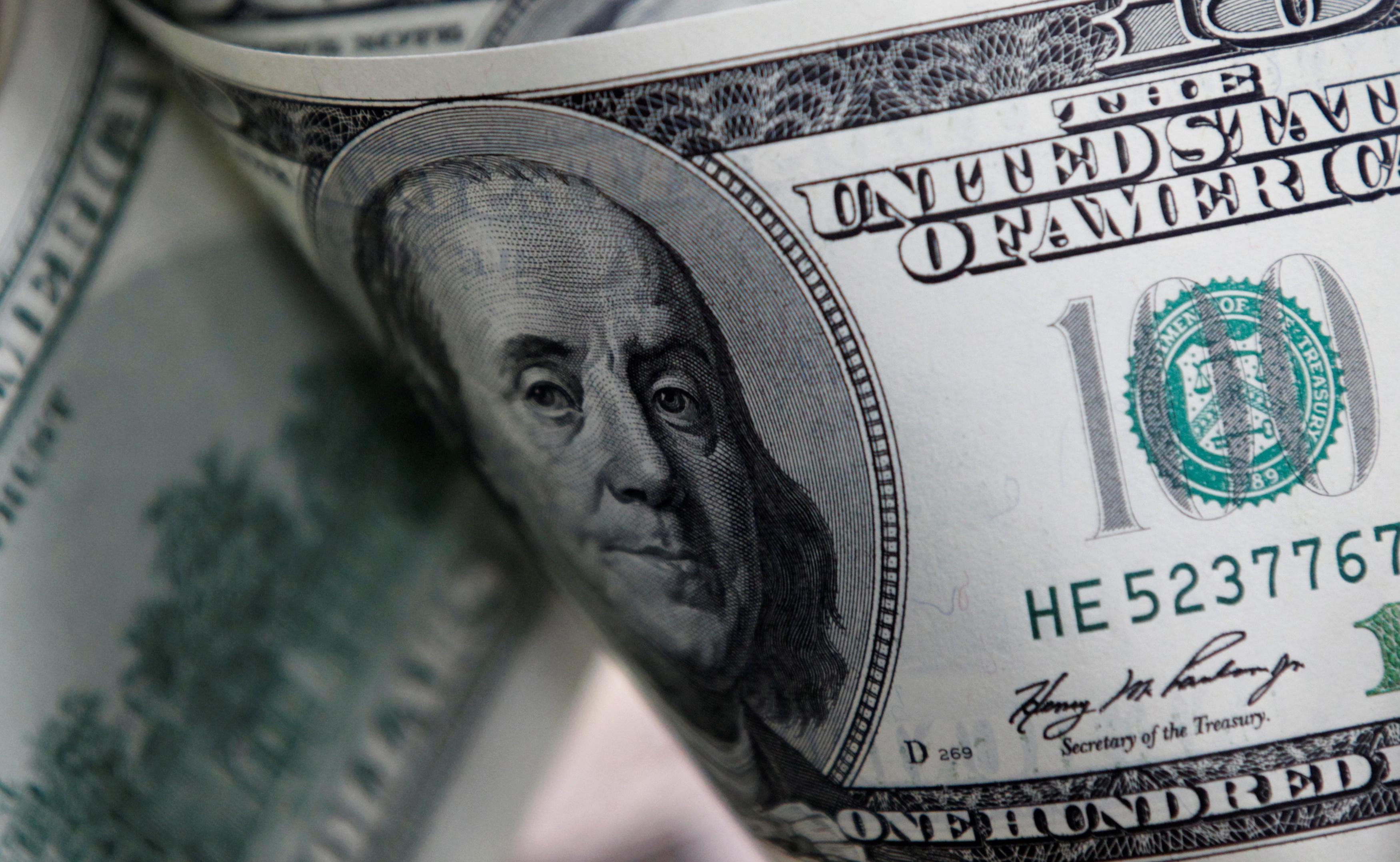 The U.S. dollar index has jumped 3.5% this year, taking the greenback to its highest level since 2017 and making it the best performer of all global currencies year-to-date.

The rally is being fueled by investors pouring money into U.S. stocks and bonds amid expectations that the country will be less vulnerable to the economic fallout from the coronavirus, which already threatens to dent China’s growth rate and push Japan and the eurozone into recession.

Investors seeking a comparatively safe place to put their cash amid uncertainty over the virus’ trajectory and economic impact are also piling into the dollar. That effect has been heightened in recent weeks as concerns over Japan’s economy have weighed on the yen, traditionally a popular destination for nervous investors.

Meanwhile, though yields on U.S. Treasuries have dipped, they continue to exceed those offered by other developed countries, increasing the dollar’s allure to income-seeking investors.

“You get some of the best growth in the developed world, plus a yield,” said Clifton Hill, who oversees $101 billion as global macro portfolio manager at Acadian Asset Management.

Hill came into the year expecting a trade deal between the United States and China to benefit a wide range of assets around the world, but the strengthening dollar has pushed him to shift his view.

He is now betting the buck will rise against a range of Asian currencies including the Korean won and Thai baht, and positioned for a decline in various commodity prices, which tend to weaken when the dollar rises.

A stronger greenback is an unwelcome development for U.S. multinationals because it makes it more expensive for them to convert foreign earnings back into dollars.

Currency headwinds accounted for $11.55 billion in collective losses for North American companies in the third quarter of 2019, according to treasury and financial management firm Kyriba. Companies such as Alphabet (GOOGL.O) and Apple (AAPL.O) have mentioned the strong dollar as a drag on their earnings.

“If we really start to see the dollar gain traction … that could potentially mean less fuel to sustain the rally we have seen in stocks,” said Joe Manimbo, senior market analyst at Western Union Business Solutions.

Companies in the materials and technology sectors are among the most exposed to currency headwinds, with around 50% of the corporations in both sectors deriving the greater part of their revenues from abroad, an analysis of Russell 1000 companies by Bespoke Investment Group showed.

By contrast, only around 5% of the companies in the real estate and utilities sectors receive the majority of their revenue from overseas, the firm said.

At the same time, the dollar’s strength is likely to increase the burden on developing countries, especially those more exposed to the economic effects of China’s coronavirus-led slowdown.

Total dollar-denominated debt held by emerging markets stood at $6.4 trillion as of the third quarter, according to the Institute of International Finance. That debt becomes more difficult for countries to service when the dollar rises.

On the other hand, a strong dollar will likely help the eurozone and Japan, as it pushes down their currencies. A weaker currency helps countries’ exporters by making their products more competitive abroad and makes it easier for central banks to spur inflation.

But the rising dollar’s potentially salutary effects on some foreign economies are unlikely to sit well with President Donald Trump, who has repeatedly complained that other countries are benefiting from a strong dollar at the expense of the United States.