Tesla reported record deliveries in the third quarter as growing interest in electric vehicles and other cars boosted sales across the industry. 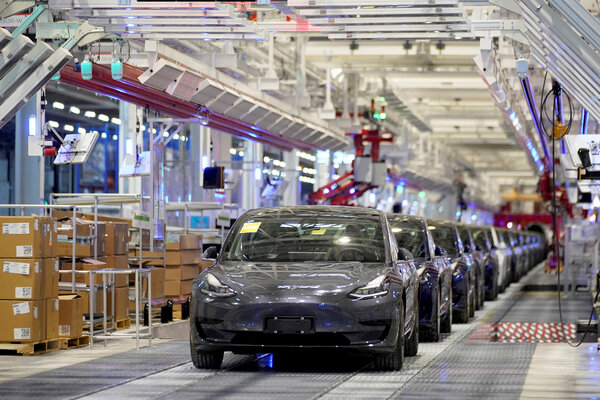 When the coronavirus pandemic forced businesses to close this spring, the auto industry was hit particularly hard. North American auto plants that typically churn out more than a million cars a month produced fewer than 5,000 in April.

While airlines and other industries continue to struggle, automakers are now enjoying a clear upswing. Last month, some large automakers reported that sales in the United States were up from the previous September. If this pace of sales continues for a year the industry would sell more than 16 million cars and trucks, up from an annualized pace of 13 million in June.

This recovery is being led by Tesla, the electric car pioneer. On Friday, the company reported record deliveries in the third quarter as steady growth in China and Europe more than offset weakness in the United States. The company does not provide a geographic breakdown of its sales.

The automaker delivered 139,300 electric cars in the third quarter, an increase of more than 50 percent from the second quarter, when the pandemic forced Tesla and other automakers to close factories and many consumers stayed away from car dealerships.

The company said it produced 145,036 vehicles in the third quarter, an increase of about 76 percent from the second quarter. The automaker was forced to close its factory in Fremont, Calif., from mid-March to mid-May because of the pandemic. It was able to rely on a new factory in China that reopened after the country brought the outbreak there under control.