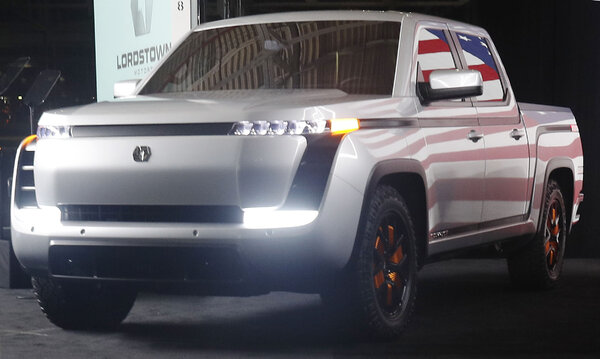 Lordstown Motors, a start-up aiming to make electric pickup trucks, said on Monday that it would “at best” make just 50 percent of the vehicles it had previously hoped to this year.

Lordstown gained attention because it purchased an auto plant in Lordstown, Ohio, that General Motors had closed. It was also once hailed by former President Donald Trump for saving manufacturing jobs.

The company, which said Monday it was on track to start production in September, became a publicly traded company last year by merging with a special purpose acquisition vehicle, a company set up with cash from investors and a stock listing. Several other electric vehicle and related businesses have gone public through similar mergers in recent months taking advantage of investors desire to find the next Tesla.

Lordstown, which is being investigated by the Securities and Exchange Commission, said it lost $125 million in the first quarter of 2021, but ended the period with $587 million in cash.

After the news of its production outlook was released, Lordstown’s stock fell about 8 percent in after-hours trading, to just under $9. The stock briefly traded at about $30 last year.