Months of pandemic-related closures have left many business owners too deeply in debt to survive without concessions or deferrals. 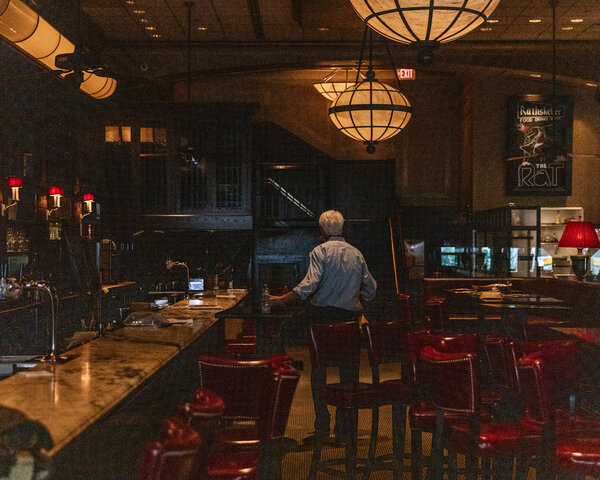 In March, when the Boston restaurateur Garrett Harker and his partners shut down their seven restaurants after Massachusetts issued lockdown orders, Mr. Harker assumed the closures would be painful but temporary.

Six months later, three of Mr. Harker’s restaurants, including the flagship Eastern Standard — once described as the “perfect restaurant” by The Boston Globe’s food critic — remain shuttered. Mr. Harker and his landlord for those three restaurants are in a standoff: He can’t afford to pay the six-figure arrears he has accrued while his restaurants remain shut, and the landlord, he said, has refused to grant a deferral or discount.

“We’re probably going to lose money for another year to a year and a half,” Mr. Harker said. “It doesn’t work financially to reopen without a new lease.”

Similar sagas are playing out nationwide, as Main Street businesses — especially music clubs, gyms, restaurants, bars and others that were forced to close by the coronavirus pandemic — try to figure out how, or if, they can dig out of debt.

Nearly 73,000 businesses have closed permanently since the pandemic took hold, according to an analysis by Yelp. And the fate of many that remain open increasingly hinges on their ability to renegotiate their leases. A recent survey by Alignable, a social network for small business owners, found that a quarter of those polled had fallen behind on their rent since the shutdowns began. For those in the fitness and beauty industries, the number rose to nearly 40 percent.

The problem may worsen now that an initial flood of federal aid has dried up and a sharply divided Congress has been unable to agree on further relief measures. The government’s $525 billion Paycheck Protection Program gave more than 5 million businesses a one-time cash injection to pay workers and other expenses, including rent, but most recipients have now spent the money.

“For 10 weeks, our revenue went to zero and stayed at zero,” said Rhonda Stark, the owner of three Orangetheory Fitness gyms in Ohio that were shut down from mid-March until late May. Ms. Stark’s collective rent bill, her largest fixed expense, tops $32,000 a month. She hasn’t paid it in full since March. Although she got P.P.P. loans ranging from $45,000 to $75,000 for each of her gyms, most of it went toward payroll, as the loan rules required. Ms. Stark’s gyms have reopened at a reduced capacity, cutting her sales by about 30 percent. To stay open, she needs to strike new deals with her landlords.

Retail rent collections plunged in April to just 54 percent of the total owed, according to Datex Property Solutions, a software company that tracks data on thousands of its clients’ retail properties nationwide. By August, collections had rebounded to nearly 80 percent, but some tenants, like movie theaters, clothing retailers, hair salons and gyms, were much further behind.

“When tenants can’t pay the rent, it imperils landlords’ ability to pay their own overhead and their loans, and the whole thing cascades,” Mark Sigal, chief executive of Datex, said.