LONDON – Prolonged store closures due to COVID-19 ravaged Marks & Spencer’s balance sheet in fiscal 2021, with the British retailer posting a loss of 201.2 million pounds in the 53 weeks to April 3.

In the previous year the store had posted a profit of 27.4 million pounds. Dividend payments, which were 3.9 pence per share in fiscal 2020, have been suspended.

Sales at M&S food stores climbed 6.9 percent on a like-for-like, adjusted basis. M&S said its new online distribution deal with Ocado Retail contributed 78.4 million pounds to net income during an “exceptional period” for the business, with homebound people ordering their groceries on laptops and smartphones.

M&S stores had remained open throughout the three national lockdowns, but sold food and essential items, such as socks and underwear, only. Vast areas of the shop floor dedicated to clothing and home were cordoned off although shoppers were still able to purchase everything online.

The retailer noted that proﬁt before tax and adjusting items was 41.6 million pounds. M&S touted its “resilient performance” and “disciplined management” of costs in the period. The store accepted government support of 306.1 million pounds during the year, which it said partly offset the impact of lost trade and enabled it to maintain employment.

The clothing and home division suffered from lockdown closures as well as a change in product mix and what M&S described as “the challenges of clearing stock.” Sales also suffered from a “steep decline in formal and occasion wear,” and from the location of many of its stores in town and shopping centers, where footfall was minimal during lockdown.

The division saw a 56.2 decline in in-store sales, partially offset by online growth of 53.9 percent.

M&S said that performance improved in the second half as online growth continued to counterbalance the decline in physical store sales. 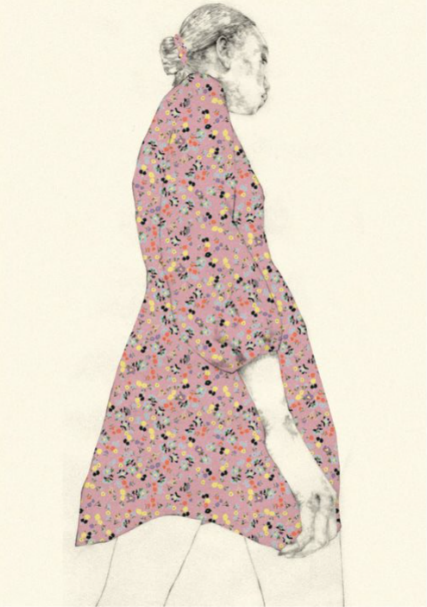 One of the latest Ghost designs to land at Marks & Spencer, part of a collaboration for spring 2021

The company noted that its balance sheet emerged stronger than expected in the year, due to lower discretionary costs and capital expenditure, managed stock ﬂow and a focus on working capital.

Net debt (excluding lease liabilities) fell by 278.6 million pounds to 1.11 billion pounds and the company said it has maintained a strong liquidity position.

Looking ahead, the store said “an omni-channel clothing and home business” is emerging, with M&S ramping up its offer of contemporary, third-party brands such as Ghost, Nobody’s Child, Finery and Seasalt Cornwall which sell alongside its in-house brands, Autograph and Per Una.

The Ghost collaboration has been a particular hit, with M&S renewing its partnership with the British dress brand for spring 2021. M&S is currently carrying a 15-piece edit designed exclusively for the store following a debut, sell-out collection last November.

The retailer, which had been slow to develop its digital business, stock management and home delivery, compared with competitors such as Amazon and Next, said its data and online teams are now “prioritizing online trading and growth” while leveraging the advantages of the store estate more effectively.

Internationally, the store said it is investing in increasingly localized fulfilment, expanding its presence in marketplaces such as Zalando, and launching additional websites in 46 new markets. 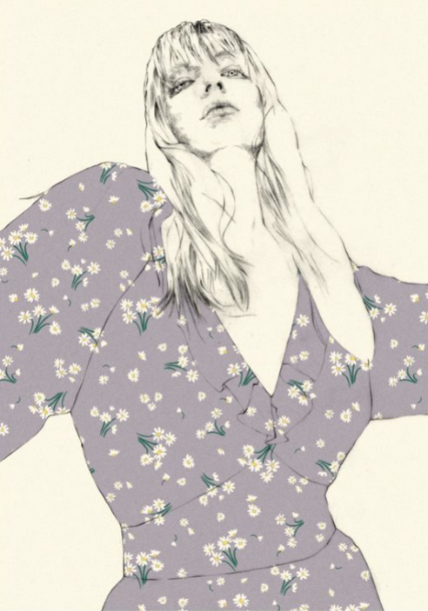 It added that that digital trading improvements, franchise modernization and supply chain development are positioning the business for “rapid recovery” as lockdowns end. Following Brexit, M&S is also reconfiguring trading with its European Union businesses “to reflect the challenges of exporting to the EU.”

The store has also revamped its loyalty scheme, which has grown to more than 10 million members, “enabling a more personalized relationship with customers.”

The company is also continuing to put a focus on key store locations, with plans to upgrade some 180 units in prime and core markets. It said the cost of the works will be largely funded by the release of cash from the development of freehold and long leasehold sites.

The business said it is positioned well for the medium-term despite near-term headwinds.

Overall trading for the first six weeks of the current financial year, and since the retail lockdown lifted on April 12, has been ahead of the comparable period two years ago in 2019, before the pandemic struck.

Food is in “strong growth,” with the clothing and home division on the upswing, and online remaining robust. International sales continue to be impacted by ongoing restrictions, particularly in India.

“While encouraging, it is unclear how the recovery will develop and if consumer activity will sustain,” the retailer said. “International markets continue to face headwinds with ongoing disruption and the material costs of Brexit which we are working to mitigate,” the store said.

It expects to generate profit before tax and adjusting items between 300 million pounds and 350 million pounds in the current year. As capital expenditure recovers towards pre-pandemic levels, M&S said its ambition is for a further reduction in net debt.

“We have a clear path to a transformed business in the medium term. The priority is to fund investment in building omni-channel capability, including investment in the supply chain, store (refurbishment) and maintenance of our changing estate.

“As we recover balance sheet metrics consistent with investment grade, we will assess the reintroduction of dividend payments, although as we focus on restoring profitability this is unlikely in the current year.”