Nordstrom has acquired a minority interest in the Topshop, Topman, Miss Selfridge and HIIT brands owned by Asos, the London-based fashion website.

It’s an unusual type of partnership, considering Nordstrom has not been in the business of investing in market brands that it sells at its stores and online. Nordstrom confirmed that the deal with Asos marks its first of its kind.

The deal, disclosed Sunday, is designed to help grow and ensure the future of the four British brands, in particular the trendy and affordable Topshop women’s and Topman men’s labels.

The transaction also reflects Nordstrom’s efforts to bolster its appeal to younger shoppers. For decades, the retailer’s image was rooted in catering to more traditional and mature audiences, though in the past decade, Nordstrom has made several initiatives to achieve a greater balance in the business, including staging pop-ups and collaborations with emerging and advanced designers, notably the Dover Street Market Incubator Brands, as well as establishing a wholesale relationship with Madewell. An early initiative came in 2012 when the Seattle-based retailer became the exclusive distributer of Topshop and Topman in the U.S.

Shortly after launching Topshop, Pete Nordstrom, president and chief brand officer, told WWD that the average age of the Topshop shopper was “significantly younger — like 10 years younger than the typical Nordstrom’s women’s apparel customer.” Among other brands sold at Nordstrom that appeal to younger shoppers are Goodfair, Reformation, Cross Colours, Petals and Peacocks, Viva La Bonita, BP + Wildfang and the Nordstrom-made BP and BP Be Proud lines.

Under the new Asos deal, Nordstrom gets the exclusive multichannel retail rights for Topshop and Topman in all of North America, including Canada. Nordstrom will also become the only brick-and-mortar presence for the two brands worldwide. The Toronto-based Hudson’s Bay department store chain has distributed Topshop and Topman in Canada for several years via spacious in-store shops in 20 locations, but they will all be phased out by sometime in the fall.

Sunday’s announcement did not specify how much money Nordstrom invested in the four brands, or its percent stake in them. The minority stake is in the four brands, not Asos itself. The retailer said the new partnership will involve “unprecedented collaboration and alignment.”

Pete Nordstrom, in a statement, characterized Asos as “the world leader in fashion for the twentysomething customer.” He characterized the deal itself as an opportunity to work with Asos “to reimagine the wholesale/retail partnership.”

“Bringing the Asos brands, including Topshop and Topman, to our customers allows us to create newness and excitement for this important, dynamic customer segment,” Nordstrom said in the statement.

“With its long-established connection to Topshop, extensive U.S. consumer insight and unparalleled reach right across North America, Nordstrom is the right partner to help Asos accelerate the growth of our Topshop and Asos brands in this key market,” said Nick Beighton, chief executive officer at Asos, which on its website lists about 850 brands selling women’s, men’s, accessories, beauty and footwear. “Asos is all about giving customers the confidence to be who they want to be. Partnering with Nordstrom will support our U.S. strategy, allowing us to offer that to even more twentysomethings in North America,” Beighton said in his statement.

Under its arrangement with Nordstrom, Asos will retain operational and creative control of the Topshop brands as well as the Miss Selfridge and HIIT brands.

The companies are in discussions to create “a multichannel showcase” for a handful of Asos brands for Nordstrom customers. Customers will be able to pick up Asos.com orders at Nordstrom and Nordstrom Rack stores this fall. 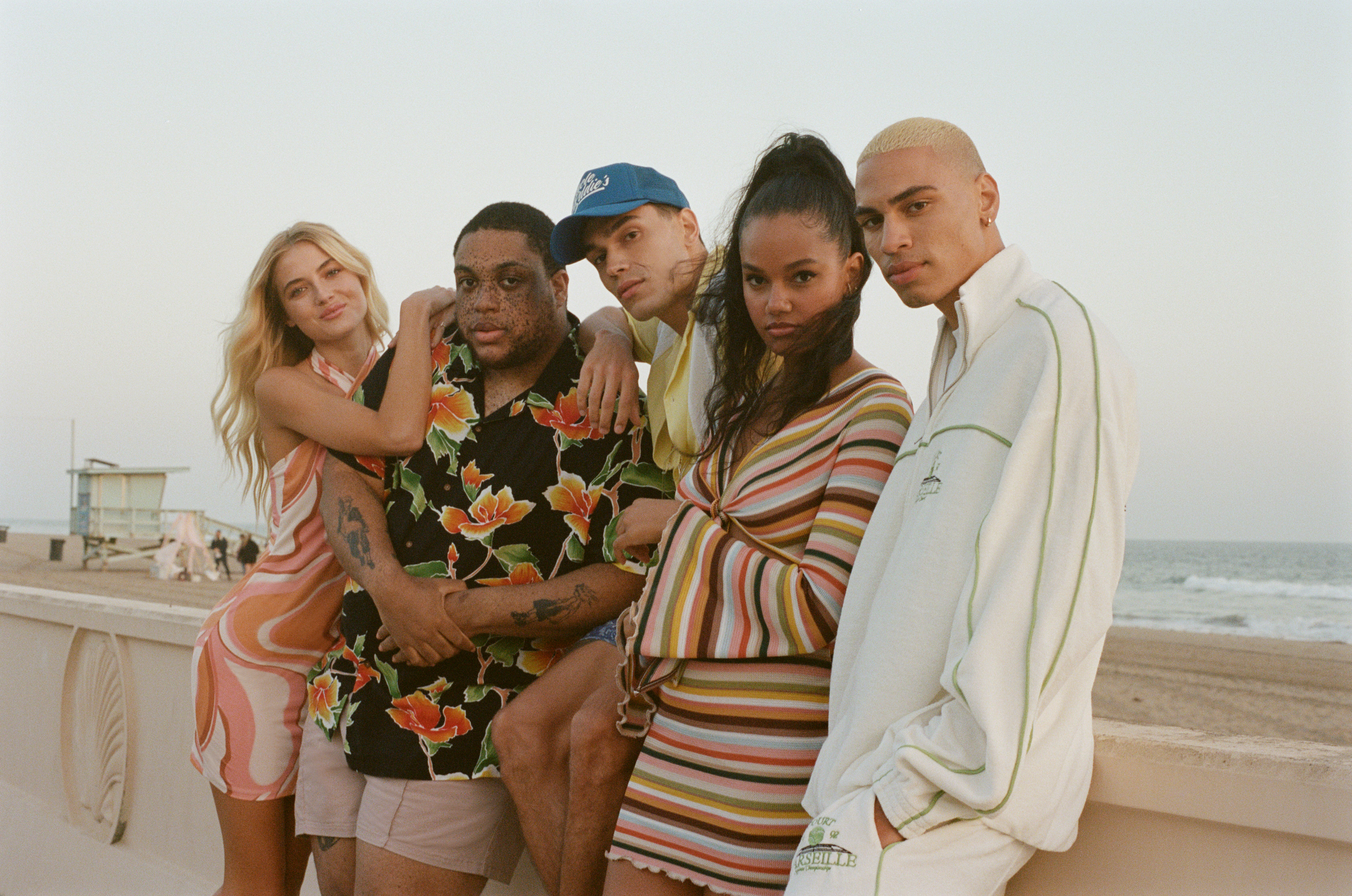 An image from the Asos summer fashion campaign.

For many years, Topshop/Topman was a hip, buzzy fashion destination, in particular its Oxford Street flagship in London, and was represented by famous models as far back as Twiggy to, more recently, Kate Moss. But as the business declined, last February Asos bought Topshop, Topman, Miss Selfridge and HIIT for $364 million from the now-defunct Arcadia Group, which went into administration (the U.K.’s version of bankruptcy) in November 2020. According to reports, the four brands generated in total $1.4 billion in revenues in 2019, and plummeted to $364 million in revenues in 2020 during the pandemic. The bankruptcy led to the closure of Topshop/Topman stores in Europe.

At one time under former owner Sir Philip Green’s Arcadia Group, Topshop had 11 stores operating in the U.S., in New York, Los Angeles, Atlanta, Las Vegas, San Diego, Chicago, Houston and Miami, but all were closed a few years ago. The company blamed intense competition from the internet and tough market conditions in the U.S. Topshop filed in a U.S. court for Chapter 15 bankruptcy protection, which provides foreign company protection from creditors.

Reopening any freestanding Topshop stores in the U.S. seems unlikely, at least for the near future, considering retailers have been investing more in e-commerce while downsizing fleets in many cases and examining very closely the ongoing viability and profit potential of brick-and-mortar. Asked if Nordstrom would consider one day opening any freestanding Topshop or Topman stores in the U.S., a spokeswoman responded, “We do not have anything to report about this at this time.” She did add, however, that Nordstrom is considering new in-store formats for these four brands. “We are in discussions about this,” the spokeswoman said.

About 94 Nordstrom stores sell Topshop and Topman merchandise. Nordstrom Rack off-price stores also sell the two labels, though the number of Rack stores with the labels changes from time to time depending on the merchandise flow. The two brands will also continue to be available on nordstrom.com, and talks regarding bringing the labels to Canada, possibly at Nordstrom stores and at nordstrom.ca., are in the works.

Nordstrom currently does not sell the Miss Selfridge fashion collection or the HIIT active collection. Asked if those lines might be sold at Nordstrom one day, the spokeswoman replied, “We are in discussions about bringing Asos brands to Nordstrom and do not have anything to report about this at this time.”