Hearst Magazines is taking a fresh interest in print under new leadership.

Lucy Kaylin, the editor in chief of O the Oprah Magazine for the past several years, was this week named vice president of print content of the Hearst magazines division, WWD has learned. She stepped into the role, an entirely new position, immediately but will stay on at O until mid-February. That magazine has shifted to a digital-first focus, with only quarterly print and a new web site.

Hearst staff was told of the move in a memo from new magazines president Debi Chirichella, who this summer took over from Troy Young. He was forced out amid a New York Times report on grossly inappropriate work behavior, which had been whispered about among employees and media types for years. Although Chirichella was initially put in place on an interim basis, she seems to have quickly gotten to work in a style appreciated by Hearst executives and within about three months was named permanently to the position. She’s said by insiders to have something of a no-nonsense attitude toward the business and a strong focus on numbers.

As such she seems to be looking to better manage Hearst’s print business. Although undoubtedly a declining segment, print advertising is still the largest portion of revenue at Hearst. Putting Kaylin, who has been with Hearst for 14 years, the last seven of them at O, in charge of print is something of a reinforcement of print’s place in the business.

“In this newly created role, Lucy…will work closely with the editors in chief of our brands, guiding print execution, developing cover strategy, increasing relevance, and ensuring the highest-quality storytelling and content mix across our portfolio of magazine brands,” Chirichella said in her memo to staff.

She also noted that Hearst will continue to “further accelerate our digital growth, while delivering exceptional print products.” And that Kaylin will be working “with the consumer research and marketing teams with an eye toward engagement as we continue to roll out our consumer-driven revenue model.”

“This includes collaborating on a strategy around new content that drives newsstand sales, subscription retention and membership conversions and working with our insights team on research around performance,” Chirichella added. It’s been quite a while since a media executive spoke of efforts to drive newsstand sales.

Kaylin will be reporting directly to Kate Lewis, who was made chief content officer under Young. Lewis was previously responsible for oversight of all magazine content, including print, despite what seemed to be a particular focus on digital. That was her background and Young’s area of focus as well, and part of the reason he was promoted to lead the magazines division after David Carey, who was magazines president for a decade. Young went about shifting most of the magazines away from a strict focus on print, combining edit teams and replacing publishers. People with a head for the print business, such as Carey and Michael Clinton, took a step back although Carey actually returned to Hearst in a senior position earlier this year.

But in Chirichella’s brief tenure so far, she’s made moves to refocus, at least in part, on the print business. Toward the end of September, about two months into her role as president, she rolled out what’s been dubbed “premium print.” The “multimillion dollar” investment will see magazines at Hearst made with better paper, many in larger formats, and will devote more space to editorial content, as opposed to ads. It’s yet to be seen if there will be any rollback of the reduction in print frequency seen at several Hearst brands under Chirichella. “Premium” could easily mean fewer issues of better quality throughout the division.

“Our magazines are at the heart of our brands and our business,” Chirichella said at the time of the print premium launch, “the foundation of our editorial mission and vision.” 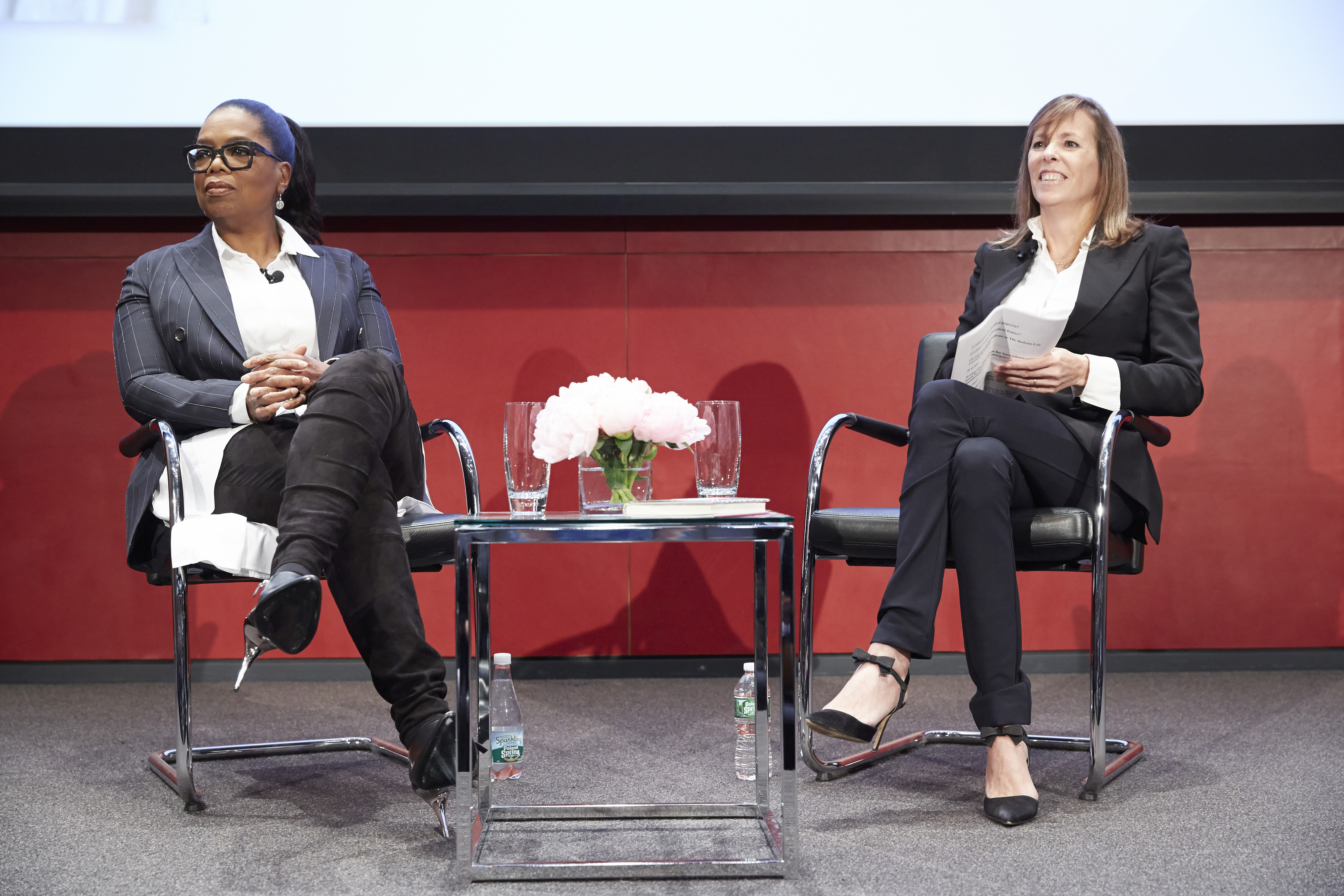