SYDNEY (Reuters) – Global shares and oil slid on Monday while safe-haven gold surged as the spread of the coronavirus outside China darkened the outlook for world growth with infections and deaths rising in South Korea, Italy and the Middle East. 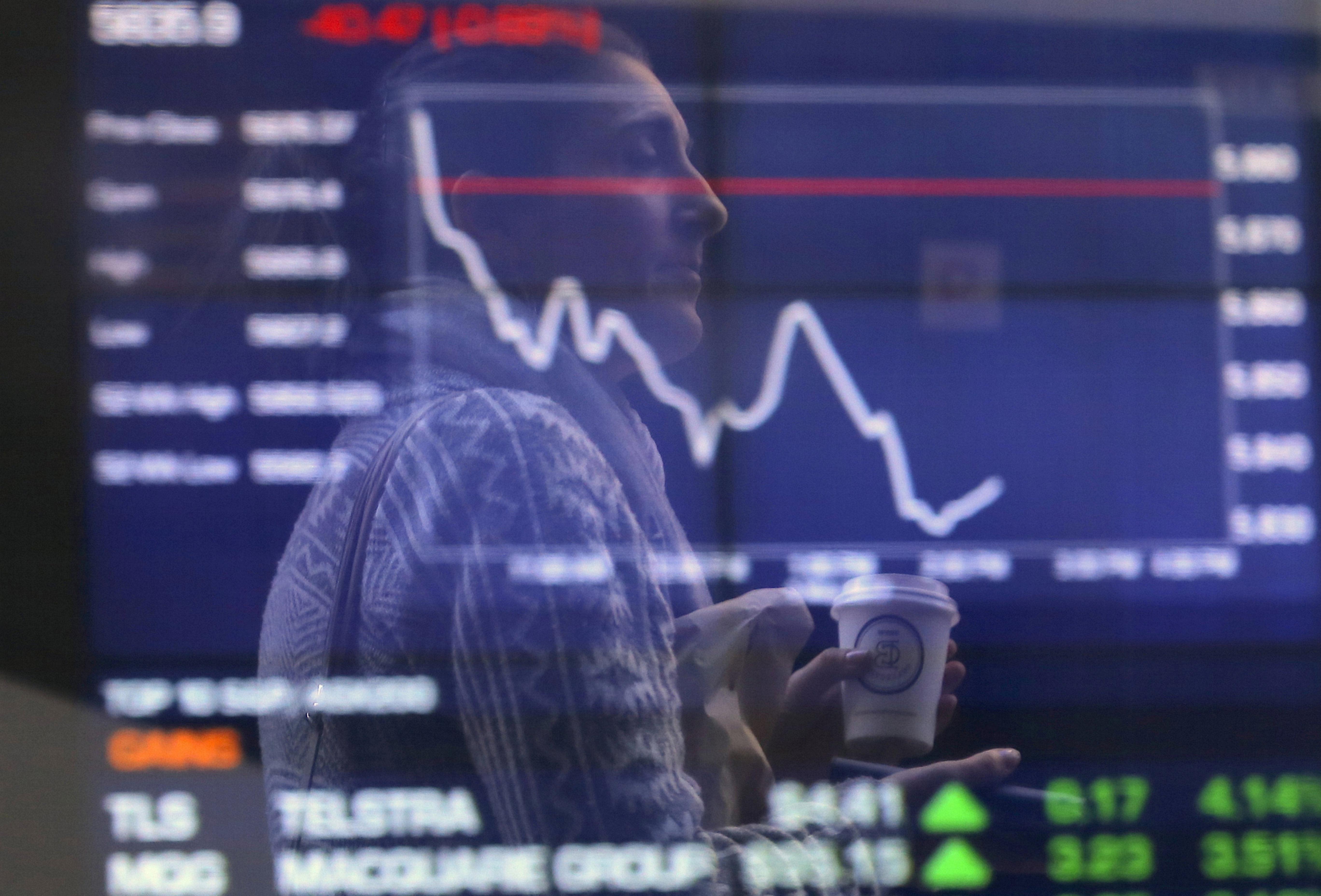 Iran, which announced its first infections last week, said it had confirmed 43 cases and eight deaths, with most of the infections in the Shi’ite Muslim holy city of Qom. Saudi Arabia, Kuwait, Iraq, Turkey and Afghanistan imposed travel and immigration restrictions on the Islamic Republic.

In a sign of panic, U.S. stock futures were sold with E-minis for the S&P500 falling 1.2% in early Asian trade while Nikkei futures slipped over 2%. EuroStoxx 50 futures declined 1.5% while futures for London’s FTSE skidded 1%.

Asian share indexes were also a sea of red.

Australia’s benchmark index slid 2.2% while New Zealand was about 1.3% lower.

That left MSCI’s broadest index of Asia-Pacific shares outside Japan off 1.6% at its lowest since early February. Japanese markets were closed for a public holiday.

“There is lots of bad news on the coronavirus front with the total number of new cases still rising,” AMP chief economist Shane Oliver wrote in a note.

“Of course, there is much uncertainty about the case data, new cases outside China still looks to be trending up and the economic flow on has further to go with the Chinese economy likely to have contracted in the March quarter.”

The virus has killed 2,442 people in China, which has reported 76,936 cases, and slammed the brakes on the world’s second largest economy.

It has spread to some 28 other countries and territories, with a death toll of around two dozen, according to a Reuters tally.

Economists have roundly downgraded growth forecasts for China as well as the world as travel restrictions and lockdowns have already hit tourism, supply chain and factory output in a number of countries.

Oxford Economics estimated world economic output growth would fall to nearly zero in the first half of 2020 if the coronavirus outbreak became a global pandemic.

In response, the dollar fell for a second straight session on Monday against the yen to be last at 111.48.

The dollar’s losses began on Friday after data showed American business activity stalled in February, signalling a contraction for the first time since 2016. The manufacturing sector also clocked its lowest reading since August.

“The data was a wake-up call for the U.S. equity market, hitherto complacent about the impact of the virus,” NAB currency strategist Rodrigo Catril said, adding it “was probably too early to throw the towel” on the greenback.

Despite losses since Friday, the greenback rose 1.7% last week and is still up 2.7% so far this year.

“We are likely entering a period of messy and potentially misleading data releases,” Catril said.

“The U.S. had a bad data day, but we think that is just a taste of what is yet to come with other major economies likely to show bad economic numbers too.”

The Australian dollar, considered a liquid proxy for China plays, was down 0.3% as it languished near an 11-year low.

That left the dollar index slightly higher at 99.489.

Analysts expect the Korean won to stay on its downward spiral against the dollar as one of the favourite risk proxies for investors.

In commodities, oil prices slid as investors fretted about crude demand being pinched by the impact of the coronavirus outbreak, while leading producers appeared to be in no rush to curb output.