The two sides have traded accusations about whether political motivations are keeping the Taiwanese people from receiving immunizations amid the island’s first major Covid-19 outbreak. 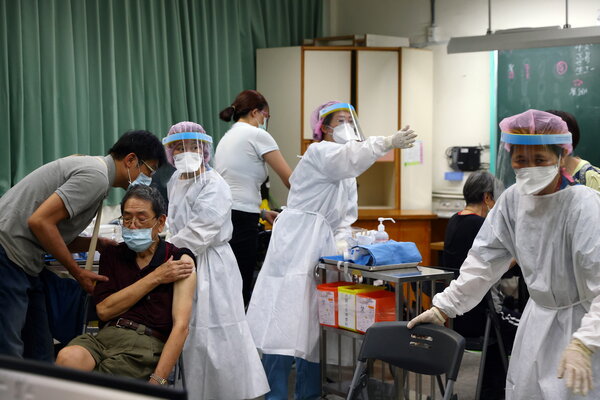 TAIPEI, Taiwan — This is the age of “vaccine diplomacy.” It is also the era of its bitter, mudslinging opposite.

For months, Taiwan has been unable to purchase doses of the BioNTech coronavirus vaccine, and the island’s leaders blame “Chinese intervention.” China, which regards Taiwan as its own territory, calls this accusation “fabricated out of nothing.”

It is unclear what steps, if any, the government in Beijing has taken to disrupt Taiwan’s dealings with BioNTech, the German drugmaker that developed the vaccine with Pfizer. BioNTech declined to comment.

But the crux of the problem is that a Chinese company claims the exclusive commercial rights to distribute BioNTech’s vaccine in Taiwan. And for many people in the self-governing democracy, buying shots from a mainland Chinese business is simply unpalatable.

The impasse is exacerbating Taiwan’s vaccine shortage as the island confronts its first major outbreak of Covid-19 since the start of the pandemic. It is a bleak illustration of how deeply entrenched the long-running conflict across the Taiwan Strait has become, with a degree of mutual distrust that not even a global medical emergency can allay.

Beijing’s efforts to stand between Taiwan and the wider world began spilling into public health a long time ago. China has for years blocked the island from participating in the World Health Assembly, the policy body of the World Health Organization. 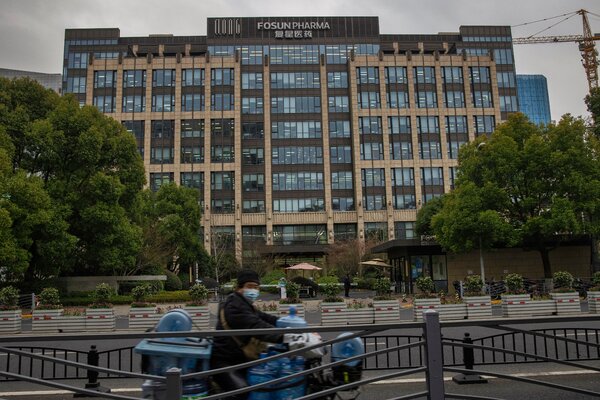 China has a say in Taiwan’s inoculation campaign because BioNTech last year partnered with a Shanghai company, Fosun Pharma, to distribute its Covid vaccine in mainland China, Hong Kong, Macau and Taiwan. BioNTech’s partner in the United States, the European Union and other places is Pfizer.

China says Taiwan is flouting this arrangement by trying to buy doses directly from BioNTech. Taiwan says it respects the companies’ partnership but hopes their relationship will not get in the way of the island’s vaccine purchases.

Beijing also warned against “meddling in China’s internal affairs” after Japan said it was donating 1.2 million AstraZeneca doses to Taiwan. Chinese officials were similarly peeved this month when three U.S. senators visited the island to announce a donation of 750,000 doses. On Tuesday, Taiwan said 28 Chinese military aircraft entered the island’s southwestern air defense identification zone, the largest such show of force in months.