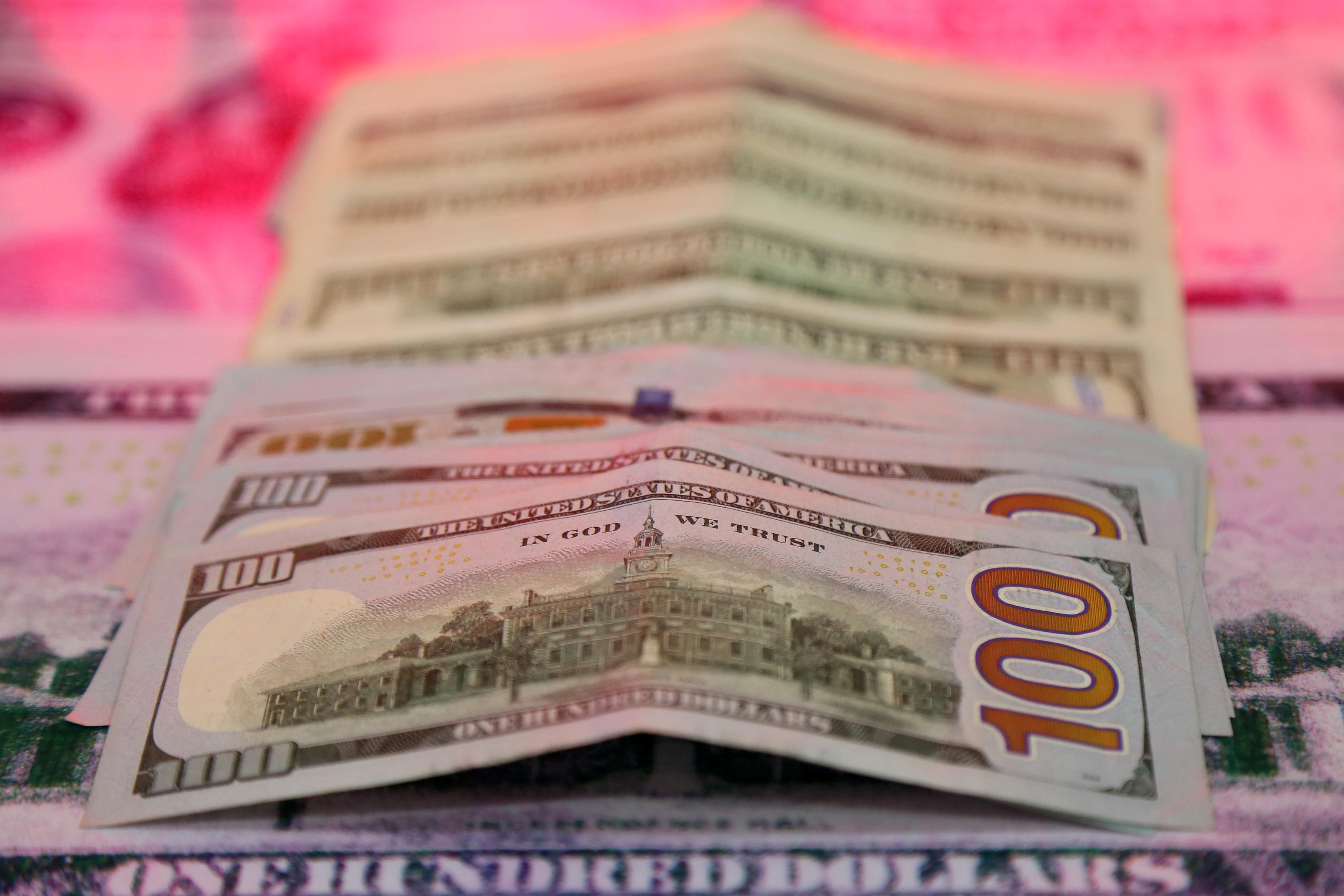 The dollar juggernaut rolls on. The U.S. currency =USD has rocketed to a near three-year high versus the euro, a 10-month high against the yen and an 11-year peak versus the Aussie. This month alone it’s added 2.5% against six currency peers. Economic indicators are reinforcing the U.S growth engine’s outperformance. The United States has the highest bond yields among developed nations and its companies keep beating earnings forecasts. It’s relative resilience to coronavirus damage makes it today’s safe-haven of choice.

President Donald Trump has been oddly silent on the subject but it’s probably a matter of time before he accuses rivals of devaluing their currencies to aid exports.

Another question is when dollar strength will make its impact felt on U.S. trade and companies’ bottom lines. Corporate America waving red flags may be what finally gives the dollar pause. For now, the 1971 comment by U.S. Treasury Secretary John Connelly comes to mind: “The dollar is our currency, but it is your problem.” It’s certainly a problem for the global economy.

An apparent slowdown in infection rates had fed hopes the coronavirus outbreak may peak in China. But hold the celebrations. More people are being struck down in other countries, with deaths reported as far away as Iran. South Korea reported 231 new cases of a coronavirus, taking total infections to 833 with eight dead as the outbreak centres around its fourth-largest city, Daegu. Italy raced to contain the biggest outbreak of the virus in Europe with three people dead and more than 150 cases reported.

Not only is the virus believed to be more contagious than previously thought, but other countries may not be able to replicate Beijing’s draconian containment measures. Then there is the fear factor – shops and restaurants are deserted and factories and offices shuttered. The World Bank estimates such outbreaks, and measures to contain them, cost an average of 1% of GDP annually — this year that adds up to about $870 billion.

World markets have banked on the virus impact being V-shaped — a sharp economic decline, then a swift rebound. IMF director Kristalina Georgieva said that scenario was still possible. But depending on how far and fast the virus spreads, the outcome could well be “like a U curve where the impact is somewhat longer”, she warned.

-FACTBOX-Latest on coronavirus spreading in China and beyond

3/ A YEN FOR YOUR THOUGHTS

Japan-watchers have seen this movie before. In 2014, a sinking economy forced a rush of yen out of Japan. And rumour has it that this week’s sudden 2-yen drop in the currency past 112 per dollar was caused by Japanese pension funds sending cash overseas, maybe even with the government’s blessing. If 2014 is a guideline, the depreciation has long legs.

Yen weakness is what the doctor would prescribe; the world’s third-largest economy is reeling as neighbouring China struggles and coronavirus cases at home mount. Recession looks likely as tourism, factories and consumer demand struggle; even the Olympics in July may be at risk. If upcoming industrial output and retail sales data further amplify the fears, it might be a catalyst for the Bank of Japan to abandon its elusive inflation target and prioritise growth.

Recession risk forces BOJ to row back on inflation goal

If you need to be convinced of the U.S. corporate sector’s ability to wring out profits even during tough times, just take a look at the S&P500’s fourth-quarter earnings — estimates from Refinitiv point to growth of 3.1%, defying expectations for a year-over-year decline. In January analysts had forecast a 0.3% fall.

Of course the figures don’t reflect damage from coronavirus. And the tally was lifted by stronger-than-expected results from tech giants including Microsoft (MSFT.O) and Apple (AAPL.O).

We also get results in coming days from more consumer-facing companies, including retailer Macy’s (M.N), whose credit rating was cut to ‘junk’ this week by S&P Global. Results also are due from Marriott International (MAR.O) but that won’t reflect the hit it and other hotel chains are taking these days across Asia.

U.S. numbers look all the more impressive when compared with Europe, where a 0.2% profit drop is expected, putting them on track for a year-long earnings recession, according to Refinitiv.

-A look at Q4 earnings season

These are busy days for the International Monetary Fund. Preoccupied with the coronavirus fallout, it is also being asked to resolve the mess in several emerging markets where things have gone sour.

An IMF team has extended a visit to Lebanon which was meant to wrap up on Sunday. While the aim is ostensibly to dispense “technical advice” on a crippling financial crisis, it may not be long before the fund is asked by Beirut for a formal bailout.

The lender is also fighting fires in Argentina. It ended a week-long visit with a verdict that the country needed a plan to restructure debt. Of course, there are those who say the fund is only sorting out a mess it helped create; Argentine economy minister Martin Guzman claims austerity policies prescribed under the fund’s 2018 bailout contributed to the crisis.

Jordan, Egypt, Papua New Guinea and Ukraine are some of the other countries grabbing the fund’s attention. As demand for IMF guidance rises, the institution might be reviewing its approach. Fund chief Georgieva has suggested flexible exchange rates — often the centrepiece of IMF advice to struggling countries — may not always be the most suitable shock absorber.

Lebanese authorities might be wondering if their country will be the guinea pig for any IMF policy rethink.