WASHINGTON (Reuters) – U.S. homebuilding fell less than expected in January while permits surged to a near 13-year high, pointing to sustained housing market strength that could help keep the longest economic expansion in history on track. 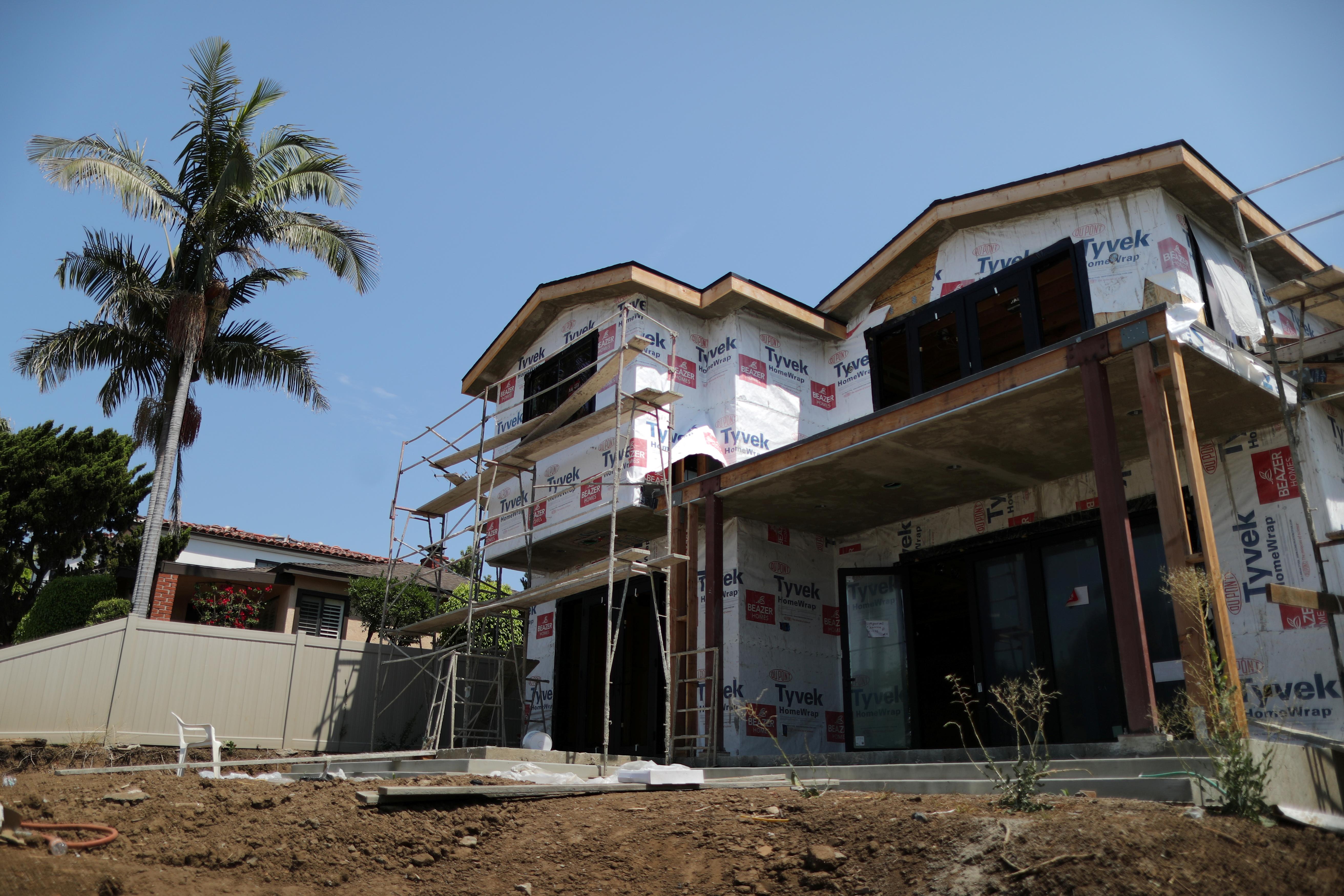 Other data on Wednesday showed producer prices increasing by the most in more than one year last month, boosted by rises in the cost of services such as healthcare and hotel accommodation. The reports could support the Federal Reserve’s desire to keep interest rates unchanged at least through this year after lowering borrowing costs three times in 2019.

Data for December was revised up to show homebuilding rising to a pace of 1.626 million units, the highest level since December 2006, instead of surging to a rate of 1.608 million units as previously reported.

Economists polled by Reuters had forecast housing starts falling to a pace of 1.425 million units in January. Housing starts jumped 21.4% on a year-on-year basis in January. An estimated 1.291 million housing units were started in 2019, up 3.3% compared to 2018.

Building permits soared 9.2% to a rate of 1.551 million units in January, the highest level since March 2007, lifted by gains in both single- and multi-family housing segments.

The housing market remains on solid footing, supported by the lowest mortgage rates in more than three years. Though housing accounts for about 3.1% of gross domestic product, it has a giant footprint on the economy. Housing market stability could help to keep the longest economic expansion on record, now in its 11th year, on track, amid risks from the coronavirus, slowing consumer spending and weak business investment.

A survey on Tuesday showed confidence among homebuilders hovering near a two-year high in February. But builders continued to complain that “a shortage of construction workers and a dearth of lots are hindering the production of affordable housing in local communities across the nation.”

The 30-year fixed mortgage rate is at an average of 3.47%, the lowest since October 2016, according to data from mortgage finance agency Freddie Mac. Mortgage rates are likely to remain low this year with the Fed expected to keep monetary policy unchanged as inflation rises steadily.

U.S. financial markets were little moved by the data.

A separate report from the Labor Department on Wednesday showed the producer price index for final demand jumped 0.5% last month, the largest gain since October 2018, after climbing 0.2% in December. In the 12 months through January, the PPI advanced 2.1%, the biggest increase since May, after rising 1.3% in December. Economists had forecast the PPI gaining 0.1% in January and rising 1.6% on a year-on-year basis.

Excluding the volatile food, energy and trade services components, producer prices increased 0.4%, the most since April, after rising 0.2% in December. The so-called core PPI increased 1.5% in the 12 months through January, matching December’s rise.

The government last week reported a pickup in core consumer prices in January, which led economists to expect firmer readings in the inflation measure tracked by the Fed for its 2% inflation target. Economists are forecasting that the core personal consumption expenditures (PCE) price index gained 0.2% in January, which would raise the annual increase to 1.7%.

The core PCE price index rose 1.6% on a year-on-year basis in December. It undershot its target in 2019. January PCE price data will be published next Friday.

The housing report from the Commerce Department showed single-family homebuilding, which accounts for the largest share of the housing market, fell 5.9% to a rate of 1.010 million units in January. Single-family starts raced to a 1.073 million-unit pace in December, the highest level since June 2007. Single-family housing starts accelerated in the Northeast and West, but tumbled in the Midwest and the populous South.

But there was some disappointing news on the housing market, which has been plagued by a shortage of homes for sale.

Realtors estimate that housing start and completion rates need to be in a range of 1.5 million to 1.6 million units per month to plug the inventory gap.