TOKYO (Reuters) – U.S. stock futures slipped from record levels on Tuesday after Apple Inc (AAPL.O) said it will not meet its revenue guidance for the March quarter as the coronavirus outbreak slowed production and weakened demand in China. 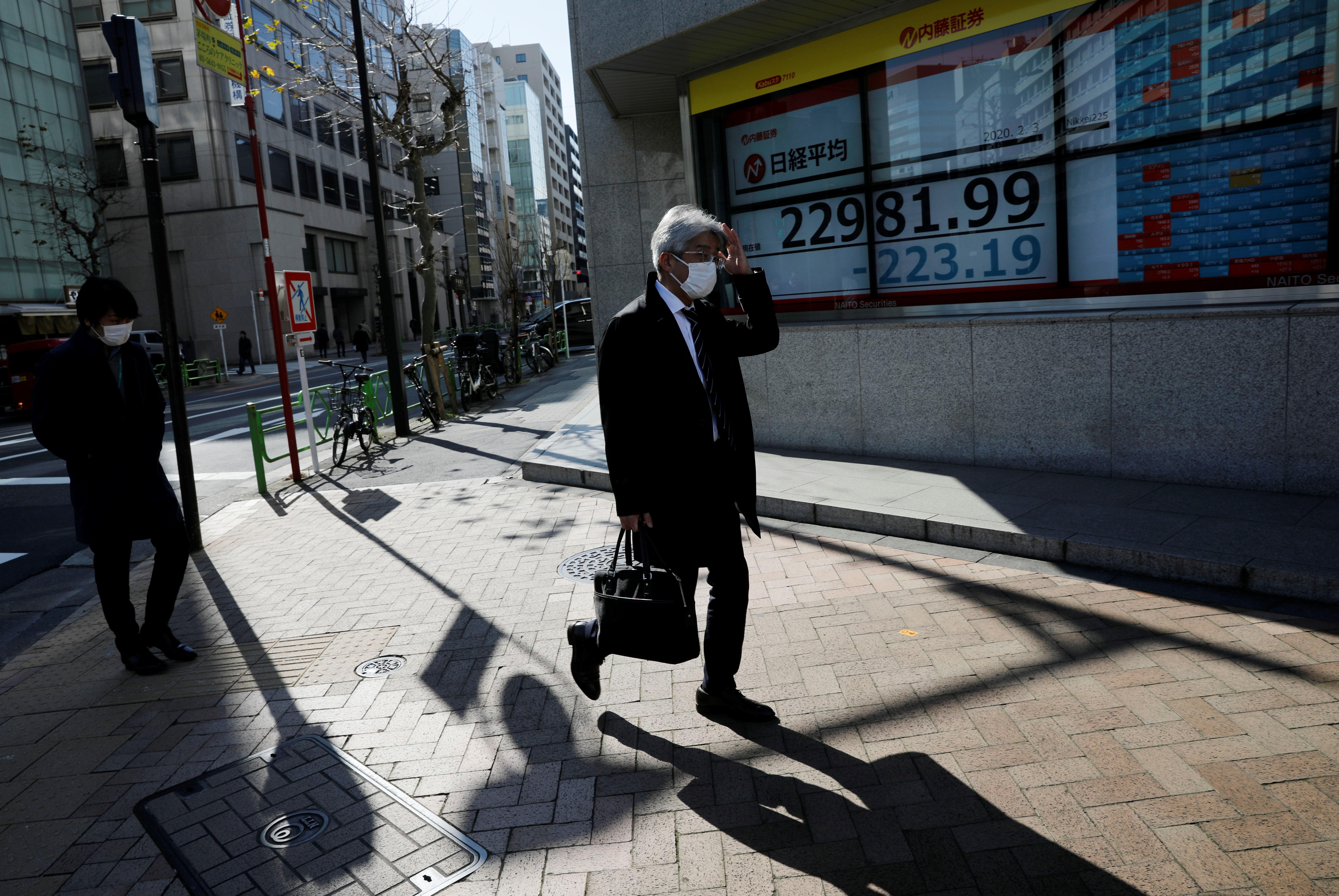 The warning from the most valuable company in the United States sobered investor optimism that economic stimulus by Beijing and other countries would protect the global economy from the effects of the epidemic.

MSCI’s broadest index of Asia-Pacific shares outside Japan .MIAPJ0000PUS fell 0.20% while Japan’s Nikkei .N225 slid 0.59%. Apple told investors its manufacturing facilities in China have begun to re-open but are ramping up more slowly than expected.

“Apple is saying its recovery could be delayed, which could mean the impact of the virus may go beyond the current quarter,” said Norihiro Fujito, chief investment strategist at Mitsubishi UFJ Morgan Stanley Securities.

“If Apple shares were traded cheaply, that might not matter much. But when they are trading at a record high, investors will be surely tempted to sell.”

In China, the number of new Covid-19 cases fell to 1,886 on Monday from 2,048 the day before. The World Health Organization cautioned on Monday, however, that “every scenario is still on the table” in terms of the epidemic’s evolution.

As China’s authorities try to prevent the spread of the disease, the economy is paying a heavy price. Some cities remained in lockdown, streets are deserted, and travel bans and quarantine orders are in place around the country, preventing migrant workers from getting back to their jobs.

Many factories have yet to re-open, disrupting supply chains in China and beyond, as highlighted by Apple.

Also hurting market sentiment was news that the Trump administration is considering changing U.S. regulations to allow it to block shipments of chips to Huawei Technologies from companies such as Taiwan’s TSMC (2330.TW), the world’s largest contract chipmaker.

Oil prices extended gains to hit their highest levels since the end of January as expectations of potential production cuts from major producers offset concerns of slumping demand due to the coronavirus outbreak.

West Texas Intermediate (WTI) crude CLc1 rose as high as $52.41 per barrel, before giving up gains to be $51.96 per barrel, down slightly on the day.