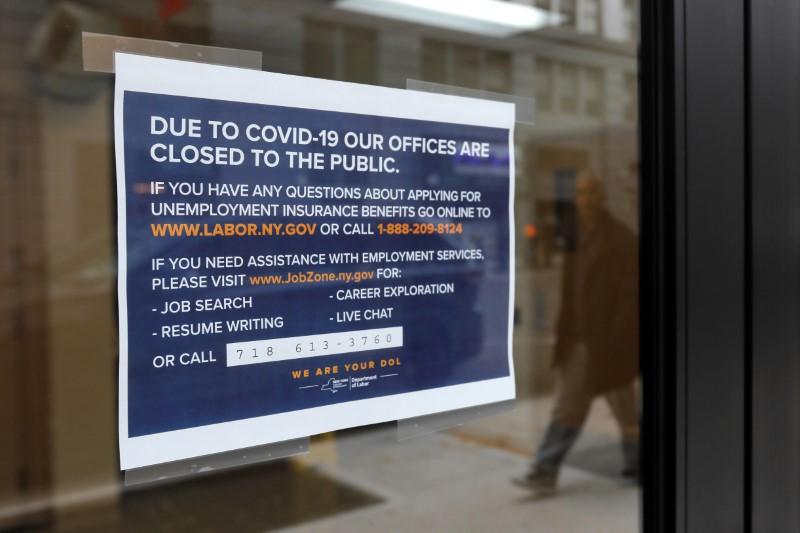 WASHINGTON (Reuters) – The U.S. unemployment rate will shoot past 10% in the second quarter and the growth rate of gross domestic product will decline by more than 7% as the coronavirus crisis grips the U.S. economy, according to projections released by the Congressional Budget Office (CBO) on Thursday.

Interest rates on 10-year Treasuries will likely be below 1% during the quarter as well, according to the office, which provides nonpartisan economic analysis to the U.S. Congress. On Thursday the yield on the benchmark U.S. 10-year Treasury note hovered around 0.62% US10YT=RR.

The CBO said its projections were based on information available through March 27 and that it is currently working on new estimates factoring in more recent information on the crisis, which “has been more negative than anticipated.”

It also said it included the possibility of later coronavirus outbreaks and a slow drop-off of social distancing in its projections, and expected an unemployment rate at the end of 2021 of 9%.

In recent weeks U.S. lawmakers have raced to pass bills that would quell the public health emergency and economic turmoil unleashed by the coronavirus epidemic. Currently they are negotiating with President Donald Trump’s administration to draft a fourth legislative package aimed at boosting the economy.

U.S. House of Representatives Speaker Nancy Pelosi said on Thursday she will form a bipartisan select committee to oversee the spending of the more than $2 trillion Congress has already approved to respond to the pandemic.

The CBO said it would incorporate the effects of the legislation in projections to be published later this year.