SAN FRANCISCO (Reuters) – Virgin Galactic Holdings Inc (SPCE.N) shares surged 24% on Tuesday, extending a rally since early December to over 400% and evoking a warning from an analyst who likes the space tourism company but warns it has become overbought. 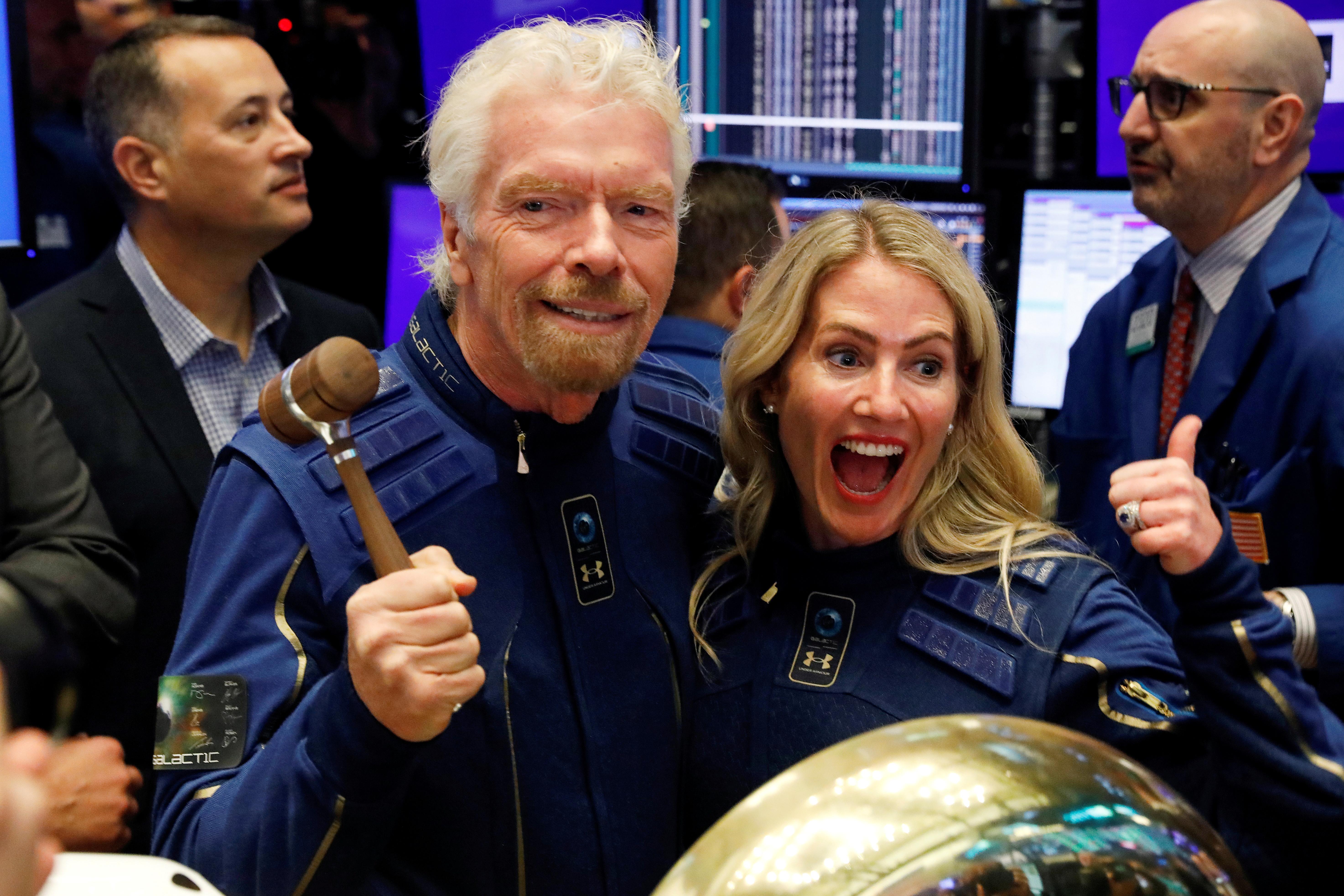 Shares of the company backed by billionaire Richard Branson have taken off in popularity among individual investors in recent sessions, nearly displacing Tesla Inc (TSLA.O), another favorite among non-professional investors.

Virgin Galactic was the third most traded stock on Fidelity’s online brokerage in recent sessions, with two thirds of clients buying shares, rather than selling. Orders for Virgin Galactic on Fidelity trailed only Apple Inc (AAPL.O) and Tesla.

Virgin Galactic is racing against SpaceX and Amazon (AMZN.O) CEO Jeff Bezos’ Blue Origin to bring tourists into space, but is the only one of the three whose shares are publicly listed. That makes Virgin Galactic the only option for stock market investors who want to buy into the emerging business of space travel.

Morgan Stanley analyst Adam Jonas, who has an “overweight” rating on Virgin Galactic, cautioned in a note on Tuesday that the recent surge has been “driven by forces beyond fundamental factors.”

“We are very constructive on the Virgin Galactic story … We just think the share price could use a breather,” Jonas wrote, maintaining his $22 price target.

Virgin Galactic has over 600 reservations and $80 million in deposits for 90 minute flights that include several minutes of weightlessness, priced at $250,000 a ticket.

The shares received a boost last week after Virgin Atlantic moved its SpaceShipTwo vessel to its operational base in New Mexico. Attached to its carrier aircraft, VSS Unity was flown from its manufacturing facility in California.

The move to “Spaceport America,” a purpose-built commercial spaceport, lets it begin final stages of test flights, according to Virgin Galactic.

The hypersonic surge in Virgin Galactic follows a recent rally in Tesla shares, another stock wildly popular among non-professional investors. Fueled by improved profitability, the electric carmaker’s stock has surged over 150% since early December, including a 6% rise on Tuesday.

Just three analysts cover Virgin Galactic, all of them rating it the equivalent of “buy,” according to Refinitiv. Their median price target is $19, compared to Tuesday’s price of $35.70.

UBS has estimated that the business of outer-orbit travel will become a $3 billion industry by 2030.