(Reuters) – U.S. stock indexes fell on Friday after data showed U.S. business activity stalled in February, and a spike in new coronavirus cases in China and elsewhere sent investors scrambling for safer assets such as gold and government bonds. 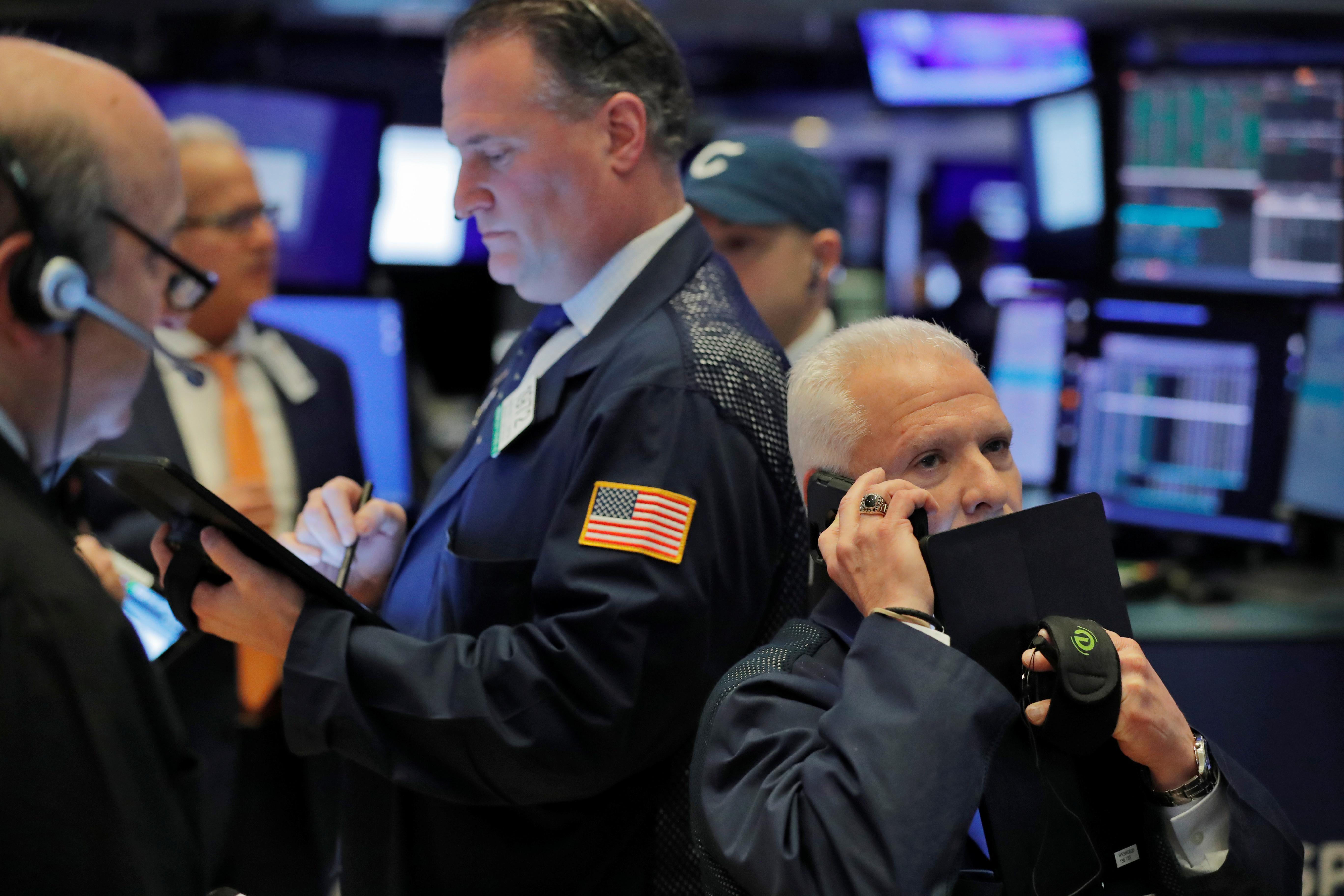 The IHS Markit’s Purchasing Managers’ index of services sector activity dropped to its lowest level since October 2013, signalling a contraction for the first time since 2016. The manufacturing sector also clocked its lowest reading since August.

“With the stock market overvalued and extended, especially with tech stocks being overweight, when you get these negative data points, it is an excuse to take some profits,” said Mike Gibbs, director of portfolio and technical strategy at Raymond James.

Hopes of monetary easing by major central banks had propelled the benchmark S&P 500 .SPX and the tech-heavy Nasdaq .IXIC to all-time highs earlier this week, but the indexes are on course for their first weekly decline in three weeks as the virus appears harder to contain.

“I think Apple’s announcement last week is the beginning of the hard news flow,” said Hugh Anderson, managing director at HighTower Advisors in Las Vegas, Nevada, referring to the iPhone maker’s sales warning due to the impact of the virus outbreak.

China reported a jump in new cases on Friday, while South Korea became the latest hot spot with 100 new cases and more than 80 people tested positive for the virus in Japan. [MKTS/GLOB]

The risk-off sentiment drove up gold and bond prices, while falling Treasury yields hit shares of lenders, with the S&P banks index .SPXBK down 1.2%. [GOL/][US/]

Among other stocks, Dropbox Inc (DBX.O) jumped 22.3% after it raised its outlook for operating margin, and Deere & Co (DE.N) rose 8.8% after an unexpected rise in first-quarter profit.