LONDON — Stockholm-based label Totême is taking on a minority investor to continue its growth and its path to becoming a global powerhouse headquartered in Sweden.

The label, founded over seven years ago by Elin Kling and Karl Lindman, has partnered with the Swedish investment fund Altor to fuel a global retail rollout, expansion in Asia and growth of key accessories categories.

The investment comes on the back of a continuous growth trajectory throughout the last year, despite the hurdles imposed by COVID-19.

The brand said it has seen 85 percent growth in the last three years, with e-commerce sales jumping 80 percent during the pandemic and profit margins reaching 25 percent. Projected revenues for fiscal 2020-21 are $40 million.

“Early on we wanted to explore ways to build Totême without investment. In order to achieve this kind of organic growth, we had to be really smart about it from the beginning. That resulted in great profit margins, similar to what big brands achieve,” said Lindman, a former art director.

The aim now is to build on those foundations with a partner like Altor that can help accelerate the label’s global retail ambitions and bring in expertise in the technology, e-commerce and sustainability.

Looking back, Lindman points to his and Kling’s decision to base their business in their home of Stockholm as a key part of the brand’s recipe for success and exponential growth. 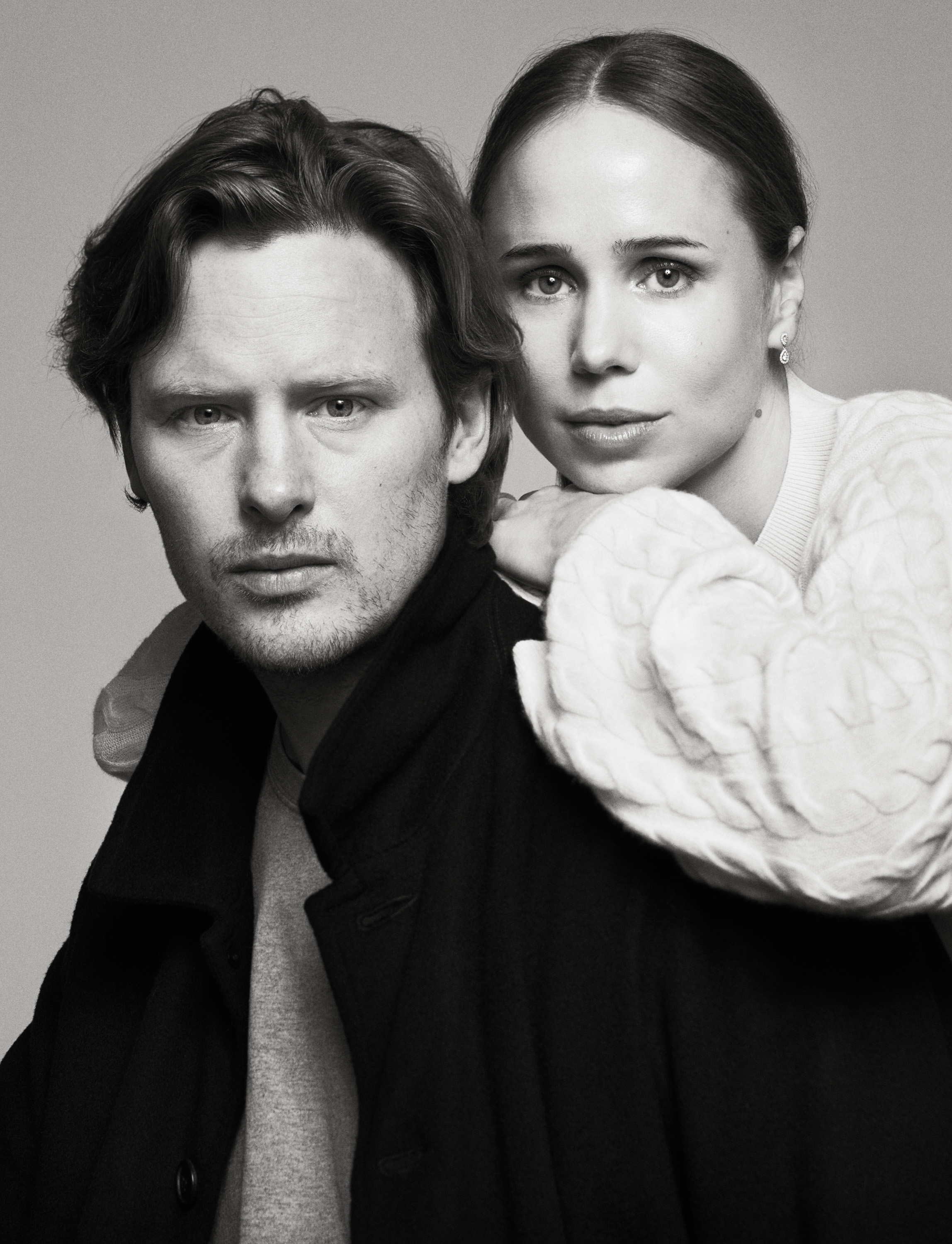 “Until a few years ago, as a small brand, you had to be in one of the large cities to be a part of the conversation. You had to be exposed to fashion week, spend a lot of money on PR and you were very dependent on the large wholesale department stores. But with the growth of online, customers have become more interested in searching for newness and brands with a strong point of view,” he said.

“For us, being outside that fashion center became really interesting in defining what we do. Also, Sweden has a very modern society, it stands for equality and sustainability, so people connect with our brand on that level, too.”

For Kling, it also made sense from a creative point of view, as the brand’s ethos is deeply routed in the Scandinavian design aesthetic. She is adamant that those values of timeless dressing and style over trends remain intact as the company pursues its plans to scale.

“A modern fashion house still needs to care a lot about quality, have a strong point of view and creative collections. Even though Totême is now scaling, we are going to hold on to the ways we build very tight connections. That’s also the perfect balance for a modern-day global fashion house,” said Kling, adding that a big part of the design process is thinking about the occasions women dress for, instead of seasonal needs or fleeting trends.

Currently, 40 percent of the brand’s offer is based on classic pieces or carryovers with seasonal collections adding touches of newness and excitement. 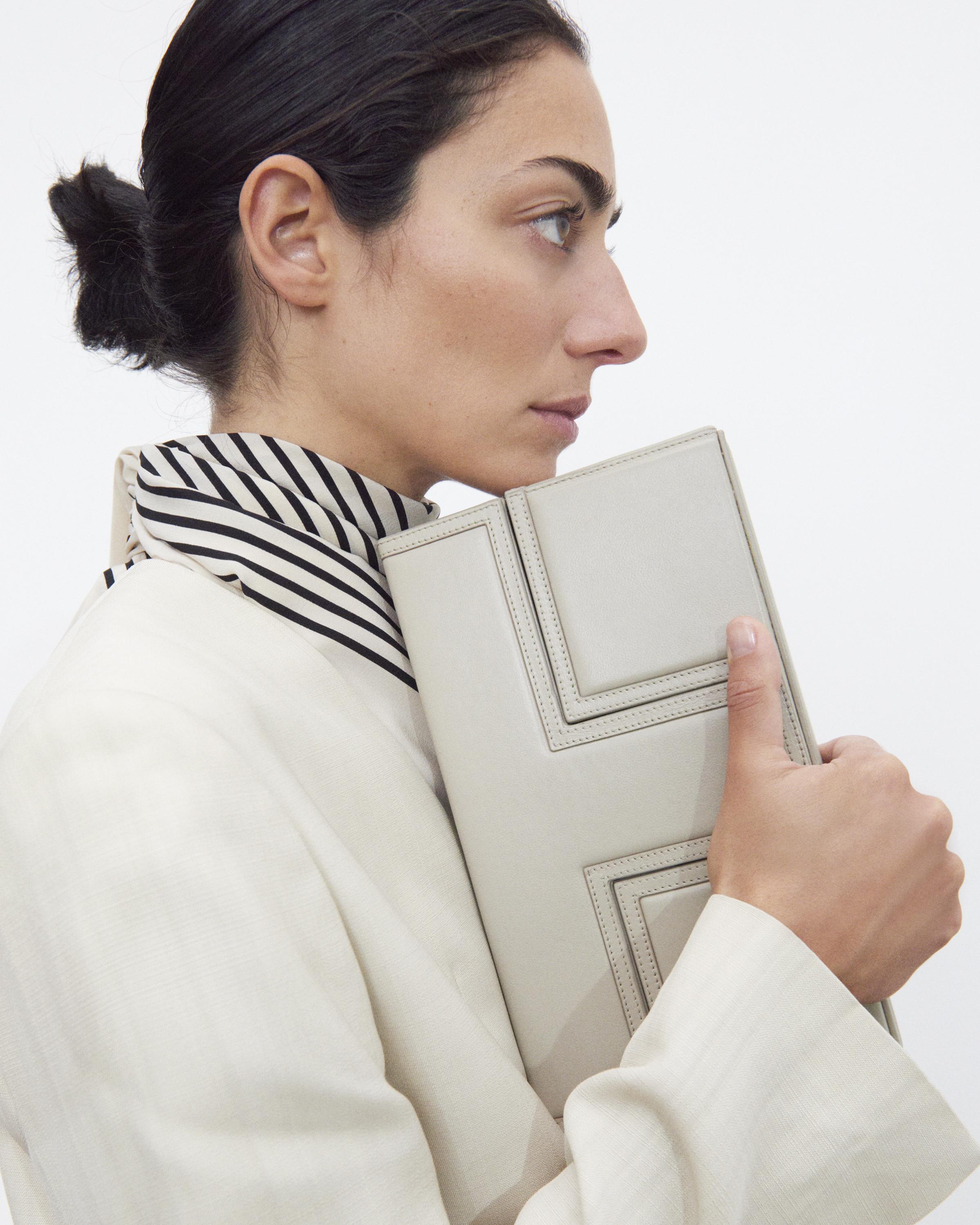 The new Totême campaign by Tim Elkaïm and styled by Suzanne Koller. Courtesy of Toteme

From early on, they made sure never to depend on a single channel and divided their business equally between wholesale and their own selling channel, with a strong digital-first focus — which also helped them propel the brand through the pandemic.

Johanna Andersson, a former McKinsey executive who is now the label’s chief executive officer, said that when Totême was founded seven years ago, it was a different world.

“But Elin and Karl saw where the fashion industry was going, took the best of the luxury fashion universe and embraced the future. When I came in, I could see a modern fashion house that has engineered for the future and that has been proven throughout this pandemic,” said Andersson, who took on the CEO position at the beginning of 2020 and helped to build the direct-to-consumer business.

Under Andersson, the brand also launched its first Tmall store in China last September, with sales that surpassed all expectations, she said. 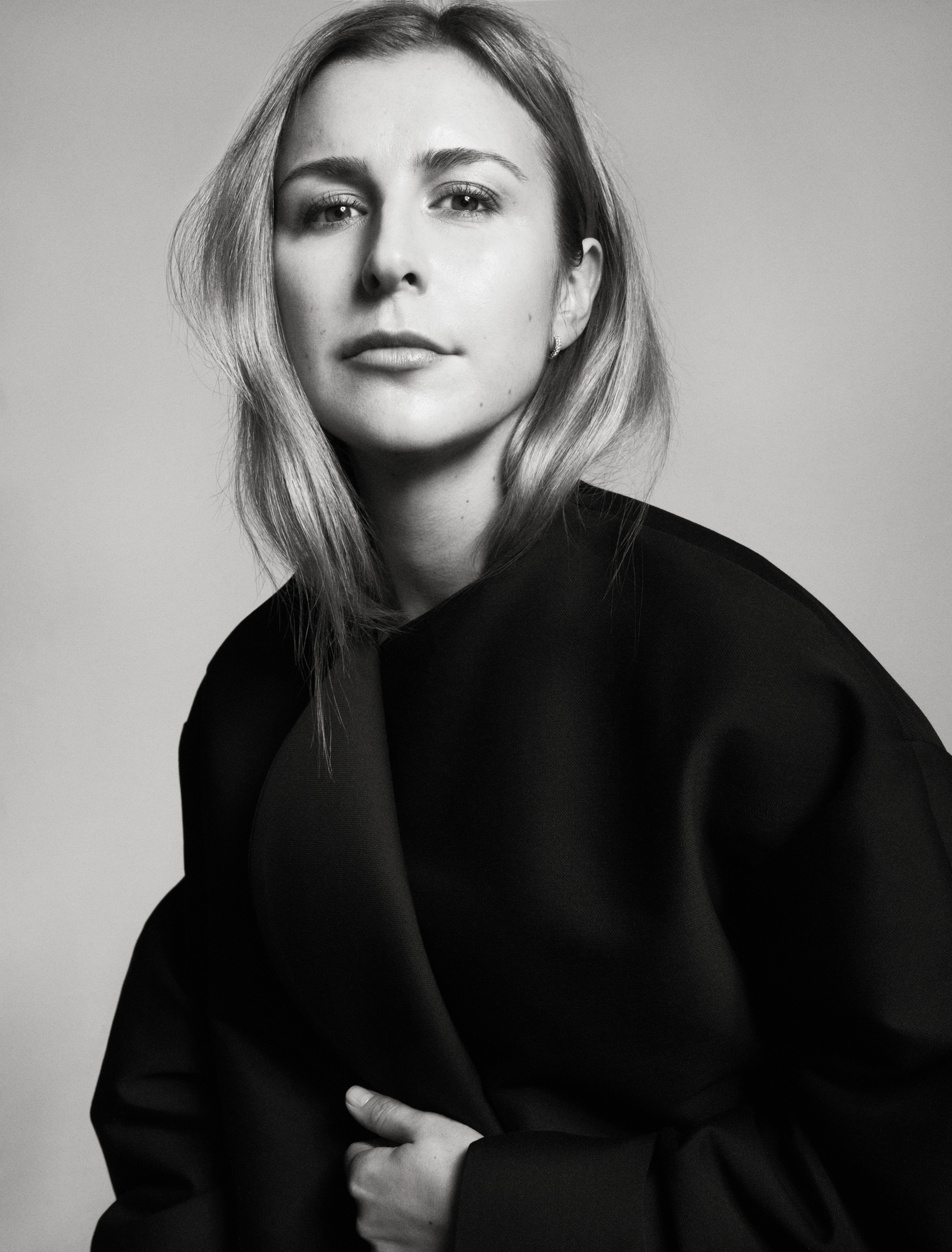 “There were a lot of different signs pointing us there: The engagement about Totême on social channels, well-known people wearing Totême and high searches on Alibaba platforms,” said Andersson, adding that the brand has just “scratched the surface” with its China strategy and is aiming to open stores in key locations in China and South Korea in the next year.

Physical stores or “embassies,” as team Totême prefers to call them, in the U.S and a number of key European locations like London are also on the agenda, building on the brand’s successful opening of its Stockholm flagship which is as much an interior design haven as a fashion store.

“It’s a physical manifestation and a great exercise for a fashion house to define what is our customers relationship to a piece of art or to flowers? What do we envision our sofas and rugs to look like? It’s very much this idea of creating a universe and we’re now working on what Totême will look like in different cities,” said Lindman.

As the brand’s ambitious plans for new retail locations, an expanded bag range and further e-commerce growth takes place, the ultimate ambition for Kling and Lindman remains to build the industry’s next modern-day fashion house — one that doesn’t need to be based in a traditionally defined fashion capital or participate in fashion weeks and the relentless trend cycle.

“It’s very much about establishing this Scandinavian fashion house on the global arena and really amplifying the heritage of  our country and the city of Stockholm,” added Lindman.