LONDON (Reuters) – World stocks tumbled for the fifth straight day on Wednesday, while safe-haven gold rose back towards seven-year highs after health authorities warned of a possible coronavirus pandemic and markets stepped up bets on interest rate cuts.

U.S. Treasury yields nevertheless rose off record lows hit the previous day as equity futures turned around to signal a firmer Wall Street open following Tuesday’s 3%-plus slide on news the coronavirus had spread to dozens of countries.

Adding to alarm, the World Health Organization said the epidemic had peaked in China, but urged other countries to prepare for virus outbreaks.

In a change of tone, the U.S. Centers for Disease Control and Prevention also advised Americans to be ready for community spread of the virus.

Drastic travel restrictions in China, where coronavirus has claimed almost 3,000 lives, have slammed the brakes on mainland manufacturing and consumer spending, and there are worries other countries will face similar disruptions.

“Markets are fearing there will be sequential shutdowns of economic systems to stop the spread.”

Those fears of severe economic damage, even a recession, have sent MSCI’s All-Country equity index to 2-1/2-month lows, wiping almost $3 trillion off its value this week alone.

Asian shares excluding Japan fell 1%. Tokyo lost 0.8% on concerns the virus could force the cancellation of the Olympics scheduled for July. That weighed on shares in firms such as Dentsu that are involved in the Games. 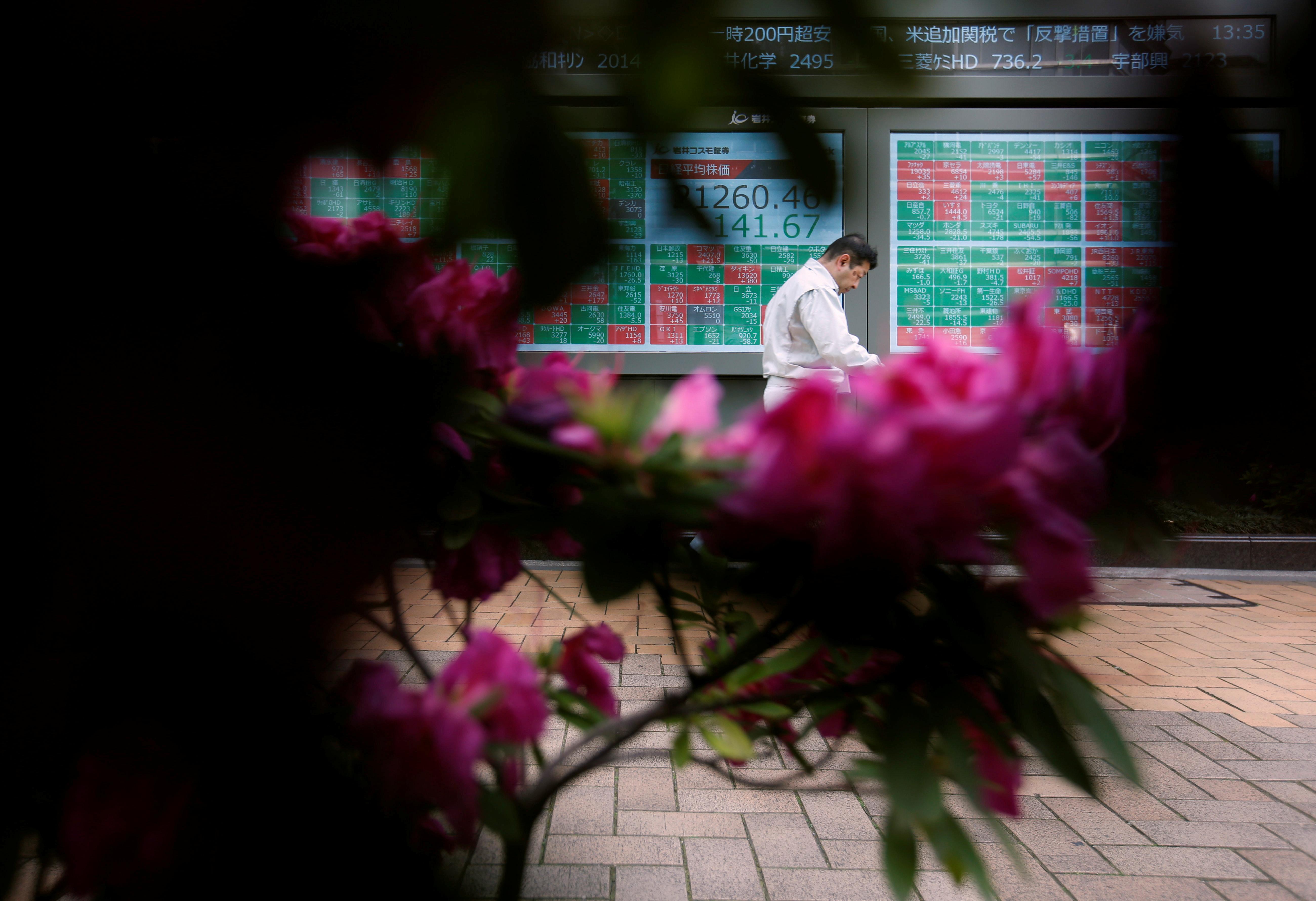 A pan-European equity index lost 1%, shrugging off slight gains on futures for the S&P 500, Dow Jones and Nasdaq.

Analysts note growing market bets on interest rate cuts — expectations that monetary policy will be deployed yet again to head off any downturn.

Money markets are now pricing in roughly two 25-basis-point rate cuts by the U.S. Federal Reserve and expect a 10 bps cut by the European Central Bank by December. A Bank of England rate cut is also fully priced for September.

“Part of this selloff is a cry for help,” Ahmed said, adding that Fed cuts were unlikely in the early part of the year unless “we get an Italy-like situation in the United States”.

An outbreak of coronavirus in northern Italy has raised additional fears for its perpetually sluggish economy.

The rate cut expectations weighed on the dollar which is now well off three-year highs reached against the euro on Feb. 20. Against the yen too, it has retreated from recent 10-month highs of 112.23 yen. and stood around 110 yen.

It traded just off 12-day lows against a basket of currencies.

Some reckon the greenback slump may not last, given the Fed’s wariness of rushing into rate cuts.

“The significant dovish tilt being priced in by markets from the Fed may not materialize and that might cause the next leg of the dollar rally,” said Peter Chatwell, head of multi-asset strategy at Mizuho.

Oil prices fell, with U.S. futures at the lowest since January 2019, below $50 per barrel.