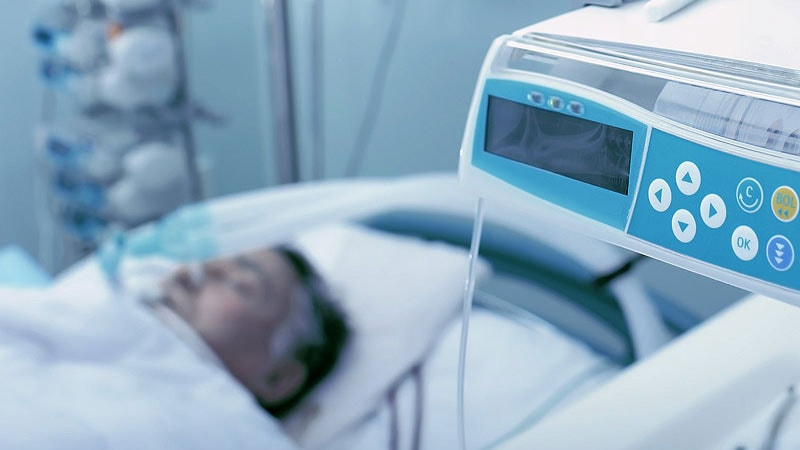 For patients with refractory acute respiratory distress syndrome (ARDS) due to COVID-19 infections, extracorporeal membrane oxygenation (ECMO) may be the treatment of last resort.

But for reasons that aren’t clear, lasix injection for dogs in the second wave of the COVID-19 pandemic at a major teaching hospital, the mortality rate of patients on ECMO for COVID-induced ARDS was significantly higher than it was during the first wave, despite changes in drug therapy and clinical management, reported Rohit Reddy, BS, a second-year medical student, and colleagues at Thomas Jefferson University Hospital in Philadelphia, Pennsylvania.

During the first wave, from April through September 2020, the survival rate of patients while on ECMO in their intensive care units was 67%. In contrast, for patients treated during the second wave, from November 2020 through March 2021, the ECMO survival rate was 31% (P = .003).

Thirty-day survival rates were also higher in the first wave compared with the second, at 54% vs 31%, but this difference was not statistically significant.

“More research is required to develop stricter inclusion/exclusion criteria and to improve pre-ECMO management in order to improve outcomes,” Reddy said in a narrated poster presented during CHEST 2021, the annual meeting of the American College of Chest Physicians, held online.

ARDS is a major complication of COVID-19 infections, and there is evidence to suggest that COVID-associated ARDS is more severe than ARDS due to other causes, the investigators noted.

“ECMO, which has been used as a rescue therapy in prior viral outbreaks, has been used to support certain patients with refractory ARDS due to COVID-19, but evidence for its efficacy is limited. Respiratory failure remained a highly concerning complication in the second wave of the COVID-19 pandemic, but it is unclear how the evolution of the disease and pharmacologic utility has affected the clinical utility of ECMO,” Reddy said.

To see whether changes in disease course or in treatment could explain changes in outcomes for patients with COVID-related ARDS, the investigators compared characteristics and outcomes for patients treated in the first vs second waves of the pandemic. Their study did not include data from patients infected with the Delta variant of the SARS-CoV-2 virus, which became the predominant viral strain later in 2021.

The study included data on 28 patients treated during the first wave, and 13 during the second. The sample included 28 men and 13 women with a mean age of 51 years.

All patients had venovenous ECMO, with cannulation in the femoral or internal jugular veins; some patients received ECMO via a single double-lumen cannula.

There were no significant differences between the two time periods in patient co-morbidities prior to initiation of ECMO.

Rates of complications during ECMO were generally comparable between the groups, including acute renal failure (39% in the first wave vs 38% in the second), sepsis (32% vs 23%), bacterial pneumonia (11% vs 8%), and gastrointestinal bleeding (21% vs 15%). However, significantly more patients in the second wave had cerebral vascular accidents (4% vs 23%; P = .050).

Senior author Hitoshi Hirose, MD, PhD, professor of surgery at Thomas Jefferson University, told Medscape Medical News in an email that the difference in outcomes was likely due to changes in pre-ECMO therapy between the first and second waves.

“Our study showed the incidence of sepsis had a large impact on the patient outcomes,” he wrote. “We speculate that sepsis was attributed to use of immune modulation therapy. The prevention of the sepsis would be key to improve survival of ECMO for COVID 19.”

“It’s possible that the explanation for this is that patients in the second wave were sicker in a way that wasn’t adequately measured in the first wave,” said CHEST 2021 program co-chair Christopher Carroll, MD, FCCP, from Connecticut Children’s Medical Center in Hartford, in an interview with Medscape Medical News.

The differences may also have been attributable to changes in virulence, or to clinical decisions to put sicker patients on ECMO, he said.

Casey Cable, MD, MSc, a pulmonary disease and critical care specialist at Virginia Commonwealth Medical Center in Richmond, Virginia, also speculated in an interview with Medscape that second-wave patients may have been sicker.

“One interesting piece of this story is that we now know a lot more — we know about the use of steroids plus or minus remdesivir and proning, and patients received a large majority of those treatments but still got put on ECMO,” she said. “I wonder if there is a subset of really sick patients, and no matter what we treat with — steroids, proning — whatever we do they’re just not going to do well.”

Both Carroll and Cable emphasized the importance of ECMO as a rescue therapy for patients with severe, refractory ARDS associated with COVID-19 or other diseases.

Neither Carroll nor Cable were involved in the study.

No study funding was reported. Reddy, Hirose, Carroll, and Cable have disclosed no relevant financial relationships.