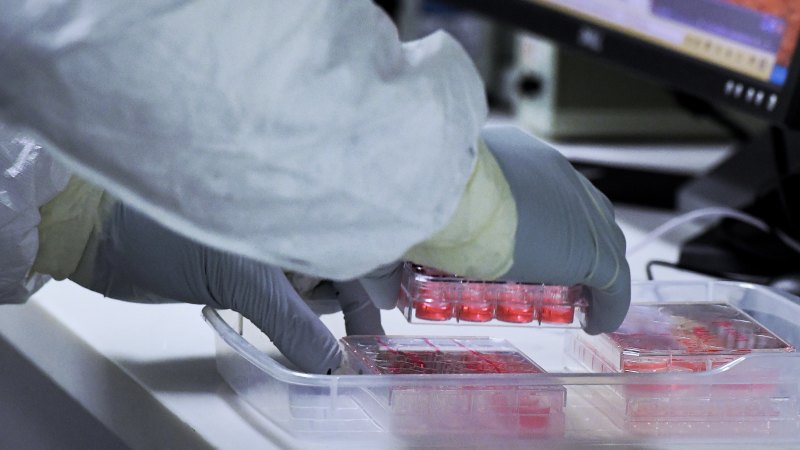 When Dr Hans Kluge, the World Health Organisation’s regional director for Europe, remarked last week that “Omicron is already everywhere”, bactrim treats chlamydia he was arguing against the reinstatement of travel bans. His colleague Dr Catherine Smallwood added that such restrictions “are not effective in preventing spread of disease”. In South Africa and the UK particularly, the Omicron horse has already bolted, and it is rapidly supplanting the infamous Delta variant as the main source of infection.

While there are early (though by no means conclusive) signs that Omicron’s transmissibility is not matched by the severity of its symptoms, its swift spread means governments are being forced to consider a return to politically unattractive measures to protect their health systems from being overwhelmed. In Britain, where Prime Minister Boris Johnson is already enduring an especially bleak political midwinter, the idea of a second locked-down Christmas must be an awful prospect. There, rules on masking, restricting access to venues and working from home are being reintroduced.

Prime Minister Scott Morrison has already made it clear that he is unwilling to contemplate a return to lockdowns. This, we believe, is the right call for now. Meanwhile, all state governments (even Western Australia) are continuing at greater or lesser speed to open up.

But the unchecked spread of the Omicron variant would be concerning. A fast spread “means it will be in billions of people and another mutation may come,” Pfizer’s chief executive, Albert Bourla, told The Wall Street Journal last week. We in Australia are looking to a summer of greater freedom from restrictions, but Omicron has already heralded a more cautious tone from some on, for example, the wearing of masks. As unpalatable as it is for lockdown-weary Australians to hear, Britain’s winter experience shows we are not out of the COVID woods yet.

But before we hit the button to reintroduce restrictions we must ensure as many children are vaccinated as possible, and that those adults already double-dosed take advantage of the government’s Omicron-induced move to bring forward their booster shots.

We should also take note of Omicron’s broader lesson: that viewing the pandemic purely in terms of our own national wellbeing is a fool’s paradise. As Dr Smallwood said last week, “disease outbreaks are contained at their source, not at their borders”, and the source of viral mutation is unvaccinated populations around the world. Indeed, it seems a grim coincidence that the two nations which led the push for a temporary waiver on vaccine patents in October of last year were India – where Delta was first detected – and South Africa, where scientists raised the alarm over Omicron.

In the absence of such a patent waiver, the WHO’s Covax scheme was supposed to provide vaccines for poorer nations. But as our international editor, Peter Hartcher, has pointed out, so far it has fallen far short of its targets, even as wealthier nations (including Australia) siphon off some of its supplies and stockpile surplus doses.

The result is that just 7 per cent of Africans have been fully vaccinated and that in October only five of the 54 African nations were projected to hit the WHO’s recommended target of fully vaccinating 40 per cent of national populations by the end of the year.

In our immediate neighbourhood, Australia is already the leading source of vaccines for Pacific island nations, providing two-thirds of the regional stock while Covax supplies most of the remainder, but much is still to be done. Of Papua New Guinea’s 9 million people fewer than 5 per cent are fully vaccinated, and the Lowy Institute recently forecast that even by April 2026, only a third of that country’s adult population is likely to be covered. At the same time as our domestic manufacture of AstraZeneca vaccines has halted, Indonesia still has hundreds of millions of people unprotected.

At the G20 summit in Rome at the end of October, Mr Morrison insisted “there’s no higher priority than vaccinating people all over the world with safe and effective vaccines … Australia will do our part”. Omicron is the wake-up call for us to commit to this task, for everyone’s sake.

The Morning Edition newsletter is our guide to the day’s most important and interesting stories, analysis and insights. Sign up here.

Most Viewed in Lifestyle