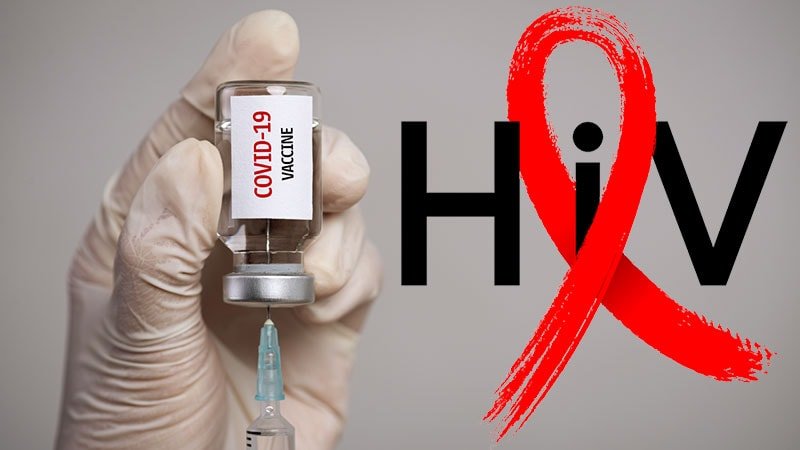 Around the world, people with HIV show variations in COVID-19 vaccination rates similar to those seen in the general population, raising concerns because of their increased risk for morbidity and mortality from COVID-19 infection.

“To our knowledge, this analysis presents the first and largest investigation of vaccination rates among people with HIV,” report the authors in research published recently in the Journal of Infectious Diseases.

The findings reflect data on nearly 7000 people with HIV participating in the REPRIEVE clinical trial. As of July, COVID-19 vaccination rates ranged from a high of 71% in higher income regions to just 18% in sub-Saharan Africa and bottomed out at 0% in Haiti.

“This disparity in COVID-19 vaccination rates among people with HIV across income regions may increase morbidity from COVID-19 in the most vulnerable HIV populations,” the authors note.

In general, people with HIV have been shown in recent research to have as much as 29% higher odds of morality from COVID-19 than the general population, and a 20% higher odds of hospitalization, hence their need for vaccination is especially pressing.

To understand the vaccination rates, buy generic tavist overnight the authors looked at data from the ongoing REPRIEVE trial, designed to investigate primary cardiovascular prevention worldwide among people with HIV. The trial includes data on COVID-19 vaccination status, providing a unique opportunity to capture those rates.

With vaccination defined as having received at least one vaccine shot, the overall cumulative COVID-19 vaccination rate in the study was 55% through July 2021.

By region, the highest cumulative rates were in the high-income countries of US and Canada (71%), followed by Latin America and the Caribbean (59%) — all consistent with the general population in these areas

Of note, South Africa and Botswana have the largest share of deaths from HIV/AIDS, and both had very low COVID-19 vaccination rates in general compared with high-income countries.

Overall, factors linked to the likelihood of being vaccinated included residing in the high-income US/Canada Global Burden of Disease (GBD) super-region, as well as being White, male, older, having a higher body mass index, a higher ASCVD risk score, and longer duration of ART.

Participants’ decisions regarding COVID-19 vaccination in the study were made individually and were not based on any study-related recommendations or requirements, the authors note.

“It was surprising to us — and unfortunate — that in the high-income super region, vaccination rates were higher among individuals who identified as White than those who identified as Black and among men,” senior author Steven K. Grinspoon, MD, told Medscape Medical News.

“Given data for higher morbidity from COVID-19 among people of color with HIV, this disparity is likely to have significant public health implications,” said Grinspoon, a professor of medicine at Harvard Medical School and chief of the Metabolism Unit at Massachusetts General Hospital, Boston.

Newer data from the REPRIEVE study through October has shown continued steady increases in the cumulative vaccination rates in all regions, Grinspoon noted, with the largest increases in the Southeast/East Asia, South Asia, and sub-Saharan Africa, whereas a leveling off of rates was observed in the high-income regions.

Overall, “it is encouraging that rates among people with HIV are similar to and, in many regions, higher than the general population,” Grinspoon said.

Commenting on the study, Monica Gandhi, MD, MPH, director of the UCSF-Gladstone Center for AIDS Research (CFAR), in San Francisco, agreed that “it is encouraging that these rates are as high as the general population, showing that there is not excess hesitancy among those living with HIV.”

Unlike other immunocompromised groups, people with HIV were not necessarily prioritized for vaccination, since antiretroviral therapy can reconstitute the immune system, “so I am not surprised the [vaccination] rates aren’t higher,” Gandhi, who was not involved with the study, told Medscape Medical News.

Nevertheless, “it is important that those with risk factors for more severe disease, such as higher BMI and higher cardiovascular disease, are prioritized for COVID-19 vaccination, [as] these are important groups in which to increase rates,” she said.

“The take-home message is that we have to increase our rates of vaccination in this critically important population,” Gandhi emphasized. “Global vaccine equity is paramount given that the burden of HIV infections remains in sub-Saharan Africa.”

The study received support from the National Institutes of Health and funding from Kowa Pharmaceuticals and Gilead Sciences. The authors and Gandhi disclosed no relevant financial relationships.